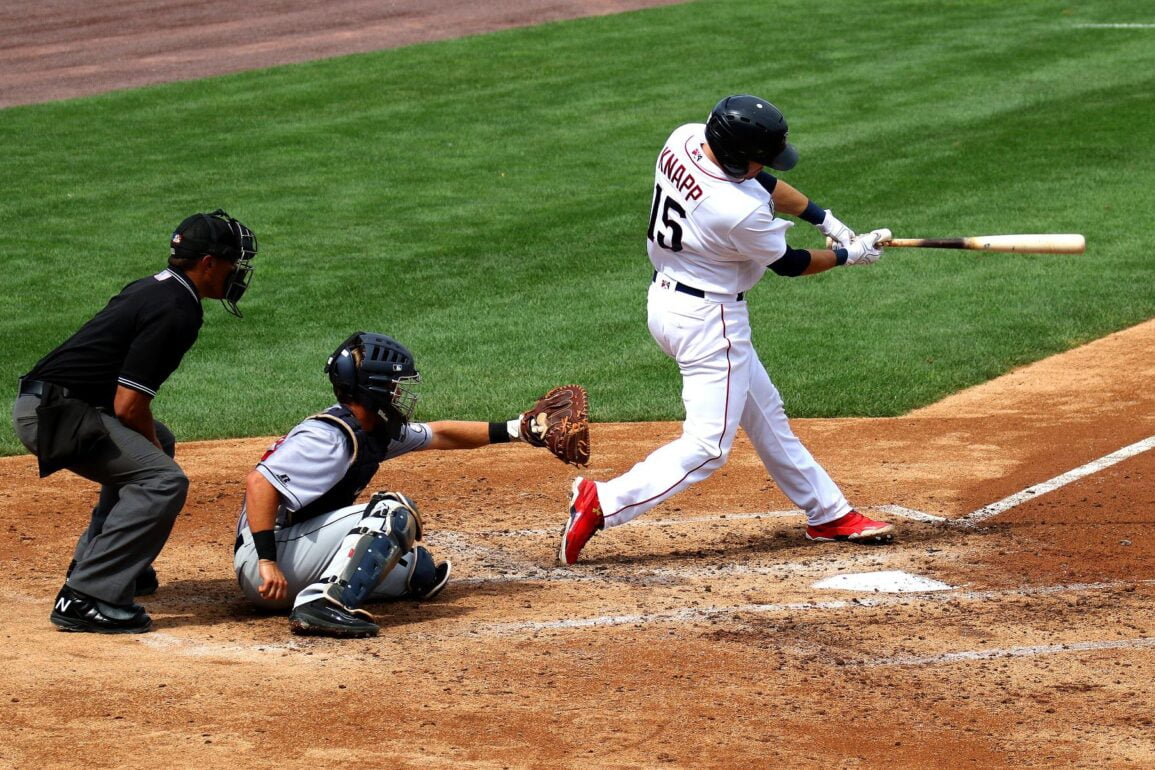 For sports fans, there are few better things to look forward to in South Korea once the dreary winter months are over than the start of baseball season. It might surprise many readers to learn that one of America’s favorite pastimes is also Korea’s preferred team-based sport.

As we enter the month of April each year in Korea, sports fans and baseball fanatics across the peninsula begin to dust off their mitts and replica uniforms as they gear up for another season of the Korean Baseball Organization (KBO). The KBO was formed in 1981 and enters its thirty-first season this year, with regular and post-season games running from early April to the end of October.

Currently, there are 8 teams – based in Incheon, Busan, Daegu, Daejeon, Gwangju, and Seoul – playing out a grueling 133-game season and facing each other a staggering 19 times. The top four teams compete in the postseason games with the team that finishes the regular season on top of the standings going straight to the championship series, known as the Korean Series. The second-place team awaits the winners of the 5-game playoff between the third and fourth-place teams for the right to contest the Korean Series.

Games are played every day throughout the season except Monday, with 6:30 pm start times during the week and 5 pm on Saturdays and Sundays.

Teams are only allowed two foreign players on their active roster, and this season every team has opted to use them for pitching staff. This goes to show that although this league can be high-scoring and entertaining, the coaches of Korean baseball teams hold foreign pitchers in much higher regard than their own.

2012 will also mark the final season when eight sides will vie for the KBO championship as from next year Changwon’s new expansion team, the NC Dinos, will enter the fray. The Dinos will spend this year in the second-tier Futures’ League – the KBO’s farming and rehabilitation league for players returning from injury.

The KBO has evolved significantly since its inaugural season in 1981 under the military dictatorship of Chun Doo-Hwan, who incidentally threw the first pitch. Only six teams started that first year and since then more teams have sprung up in Seoul, Suwon, and Jeonju. Some have stayed with us, while others have been consigned to the scrap heap of defunct professional sporting teams.

The Kiwoom Heroes who currently play in Mokdong, western Seoul, have changed name and location more times than any other. Starting out in Incheon as the Sammi Superstars in 1982 they have also assumed the identities of the Chongbo Pintos, Taepyungyang Dolphins, Hyundai Unicorns, and Heroes.

They won four titles in 12 seasons as the Unicorns based in Suwon. Despite their success, poor attendance forced the team to move to Seoul. It comes as something of a surprise then that Suwon is the most likely destination of the KBO’s tenth team.

The KIA Tigers have had greater fortunes throughout history. From the southern city of Gwangju, KIA won nine of the first sixteen championships. They were known as the Haitai Tigers in their glory days but when the Asian financial crisis hit in 1998, Haitai was forced to sell the team to KIA, thus starting a seemingly irreversible decline.

The parallels with their former owners were striking as KIA languished in the bottom half of the league throughout the mid 2000s before claiming a tenth title in exhilarating fashion in 2009. They are Korea’s most historically successful team, holding double the number of titles of their nearest rival, the Samsung Lions.

The Samsung Lions, from Daegu, are the defending champions going into the 2012 season. After dominating the regular season the Lions overcame the SK Wyverns in game five of the Korean Series. The Lions exacted perfect revenge for their whitewash defeat to SK in the previous season’s showpiece.

Based in Incheon, the SK Wyverns have competed in five Korean Series finals, winning a respectable three. They recovered from a horrific mid-season slump to beat both KIA and Lotte Giants en route to the championship finale. Legendary manager Kim Sung-keun, who presided over a Korean record 23-game winning streak, was sacked in a controversial decision made sparked wild scenes at Munhak Stadium. Despite early difficulties, new man Lee Man-soo brilliantly guided his team to the Korean Series.

Seoul is also represented by two other teams, both of whom play at Jamsil Stadium. The Doosan Bears and LG Twins – both well-supported teams – have endured difficult spells in recent years with the last of the Bears’ three championships coming in 2001. They have lost three Korean Series since then. LG’s last championship came in 1994.

1994 must seem like a lifetime away for LG fans as a fifth-place finish in 2007 represents their highest standing in a decade. As in Incheon, some disillusioned fans showed their discontent last season by protesting after a number of games.

Meanwhile, baseball-crazy city Busan has a team of its own – the Lotte Giants. Something of a sporting anomaly in Korea, Lotte boasts one of the best stadiums in the country, some of the most influential fans and often a line up of hitters to rival any other. Unbelievably, though, they have gone without a championship for 20 years, having failed to even reach a Korean Series final this century. And with last season’s MVP first baseman and home run king Lee Dae-ho moving to Japan, the Giants’ offense will be tested as to how good it really is.

Finally, there’s Daejeon’s Hanwha Eagles, everybody’s favorite underachievers in the KBO. After a third-place finish in 2007, Hanwha has since traded places with Nexen for last place, despite the presence of one of Korea’s most talented strike-out pitchers, Ryu Hyun-Jin.

They may lack the chaotic characteristics of Nexen, the drama of the Seoul franchises, and the talent of other clubs, but expect a season of improvement this year from the Eagles. Commentator Danny K from mykbo.net believes the Eagles have amassed the most improved squad over the postseason, having signed Korean baseball legend Park Chan-Ho to add leadership to the rotation and brought back Kim Tae-kyun, who won the Home Run Title for them in 2008.

Now that the season is upon us, it’s time to lay to rest any misconceptions you may have about the quality of the KBO. Games are generally played in front of large crowds with electric atmospheres. Tickets can cost as little as W8,000. As a fan, I must advise readers to take the opportunity to check out a KBO fixture. As far as baseball goes, for entertainment value alone, this is as good as it gets.

If you want to learn more about pro leagues, check out this article! And if you are interested in the latest Korean Baseball news, check out the Korean website KBO!