The future looks bleak for many Itaewon businesses, but hopes are high that a new community initiative will begin to turn things around 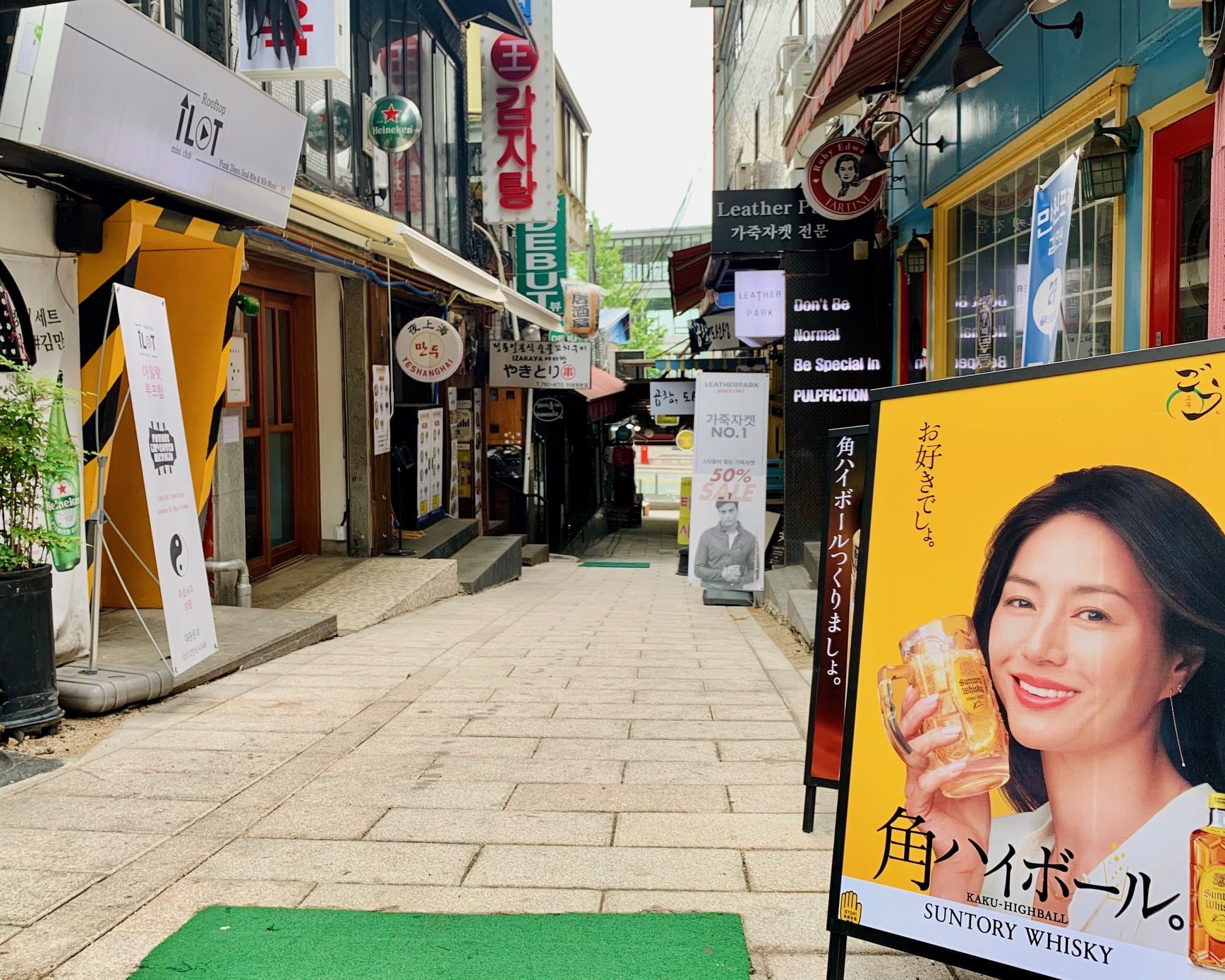 The Yongsan-gu district office and Itaewon merchants have started a “Clean Itaewon” initiative to revive the many Itaewon businesses that have been devastated in the wake of the coronavirus pandemic.

The initiative kicked off on May 20 with over 100 residents and merchants disinfecting Itaewon’s streets, shops, and public facilities, including bus stops. The event was dubbed “Together Let’s Make a Clean Itaewon and Clean Yongsan.”

As part of the event, participating merchants have been affixing “Cleen Itaewon” (#클린 이태원) stickers to their storefronts as a show of support and to encourage customers to visit.

Ever since early May, when a cluster of COVID-19 cases was linked to area clubs, Itaewon has become something of a ghost town. The normally packed streets and sidewalks are now largely empty both day and night. Dozens of shops, restaurants, and cafes have closed. Some have signs in their windows saying that they hope the closure is only temporary. Most have no sign, just a locked door and dark windows. Others stay open and hope, surrounded by empty tables.

Cuyler Meyer, who has lived in Itaewon for 19 years and co-owned the South African Restaurant Braai Republic for nine years, said that not even during MERS and SARS has Itaewon seen this bad a time. “Itaewon has a unique culinary scenery. Food from around the world. I just hope that the small restaurants can survive these terrible times. We need Koreans to support Itaewon,” he said.

Merchants and the association are working hard to turn things around. Kim Hyun-jong, who participated in the event, said, “I didn’t know that so many merchants would come out,” and added, “We will work together with the association to revamp our image of Itaewon and help more people visit Itaewon again.”

Businesses are getting financial help as well. They can now apply for “survival funds” of 1.4 million won, which will be distributed in July and August. The government is also providing small and medium businesses with low-interest (0.8%) loans.

The Yongsan-gu district office also issued 2 billion won worth of Yongsan Sarang Gift Certificates at a discount rate of 10 percent to entice customers back to the neighborhood.

Coronavirus testing is another part of the initiative. Over 5,000 people in Yongsan alone and 60,000 people nationwide were examined for diagnosis related to the Itaewon club cluster. Some businesses have had their entire staff tested. The district believes that most of the club visitors have already been inspected in various parts of the country.