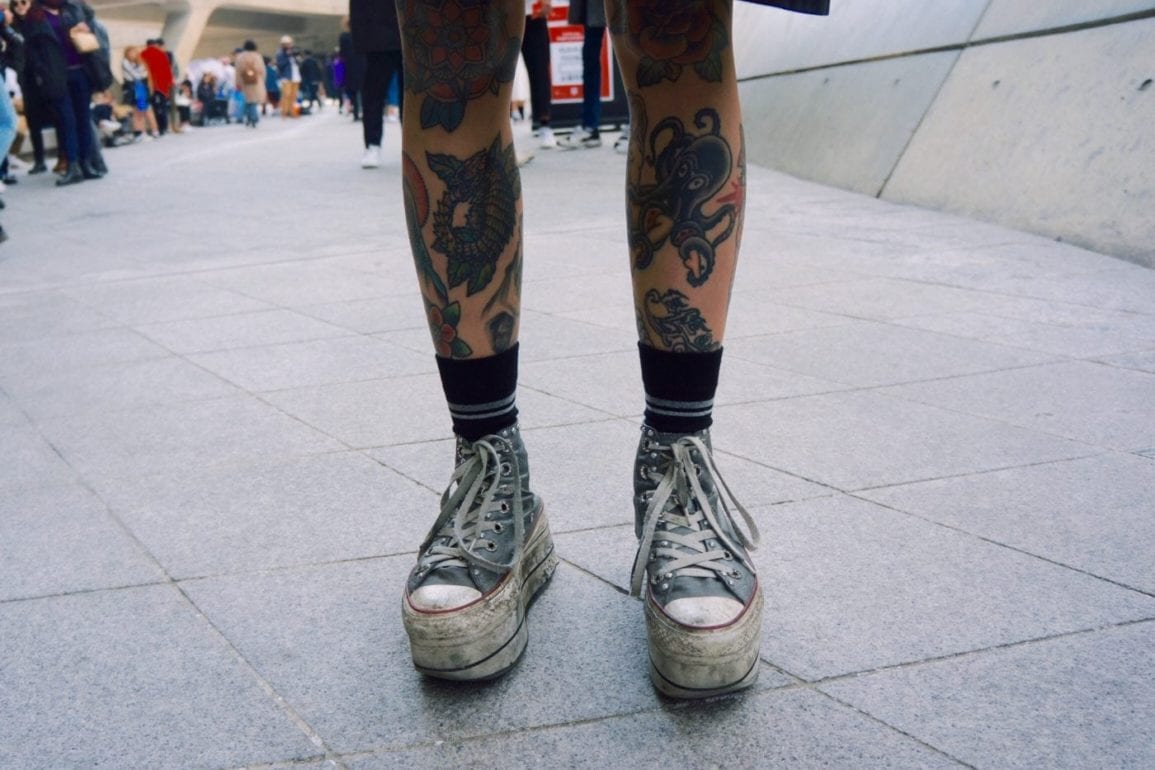 Seoul Fashion Week wrapped up on Saturday, but not before 10 Magazine’s Soo Min Mah hit the street to photograph the street style flaunted around Dongdaemun Plaza over the last week. We asked some of fashion week’s best dressed locals and visitors from around the world to describe fashion in Korea. The flurry of sartorial extravagance on the street created an opportunity to think about the uniqueness of fashion in Korea as well as it’s relationship with Western fashion, and provided a glimpse into what might be the next big thing in Korea. 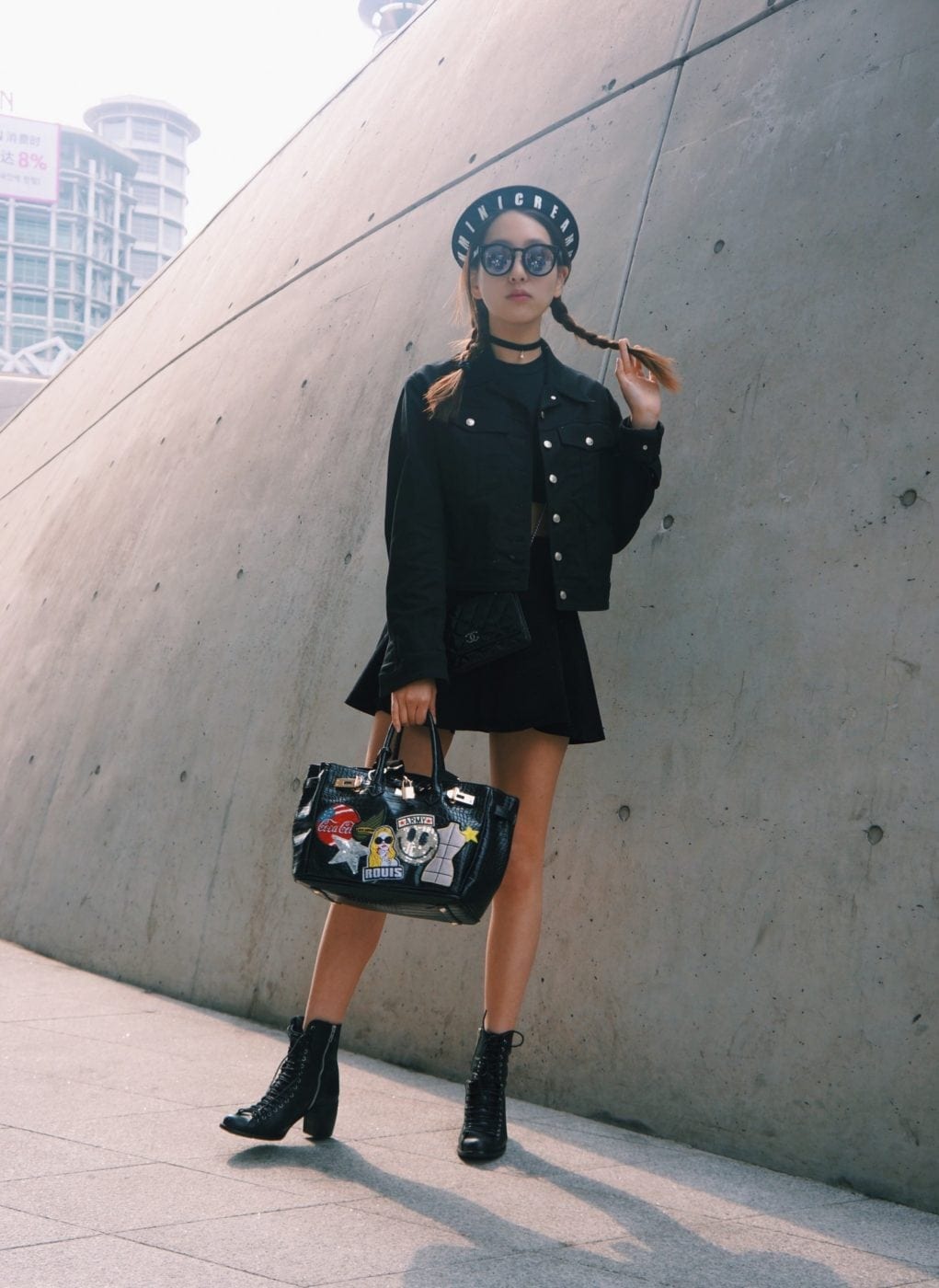 “The mix of Western and Korean styles of this season makes Korean fashion extra unique. However, I also think the influence of K-Pop/K-culture has contributed to its appeal internationally.” 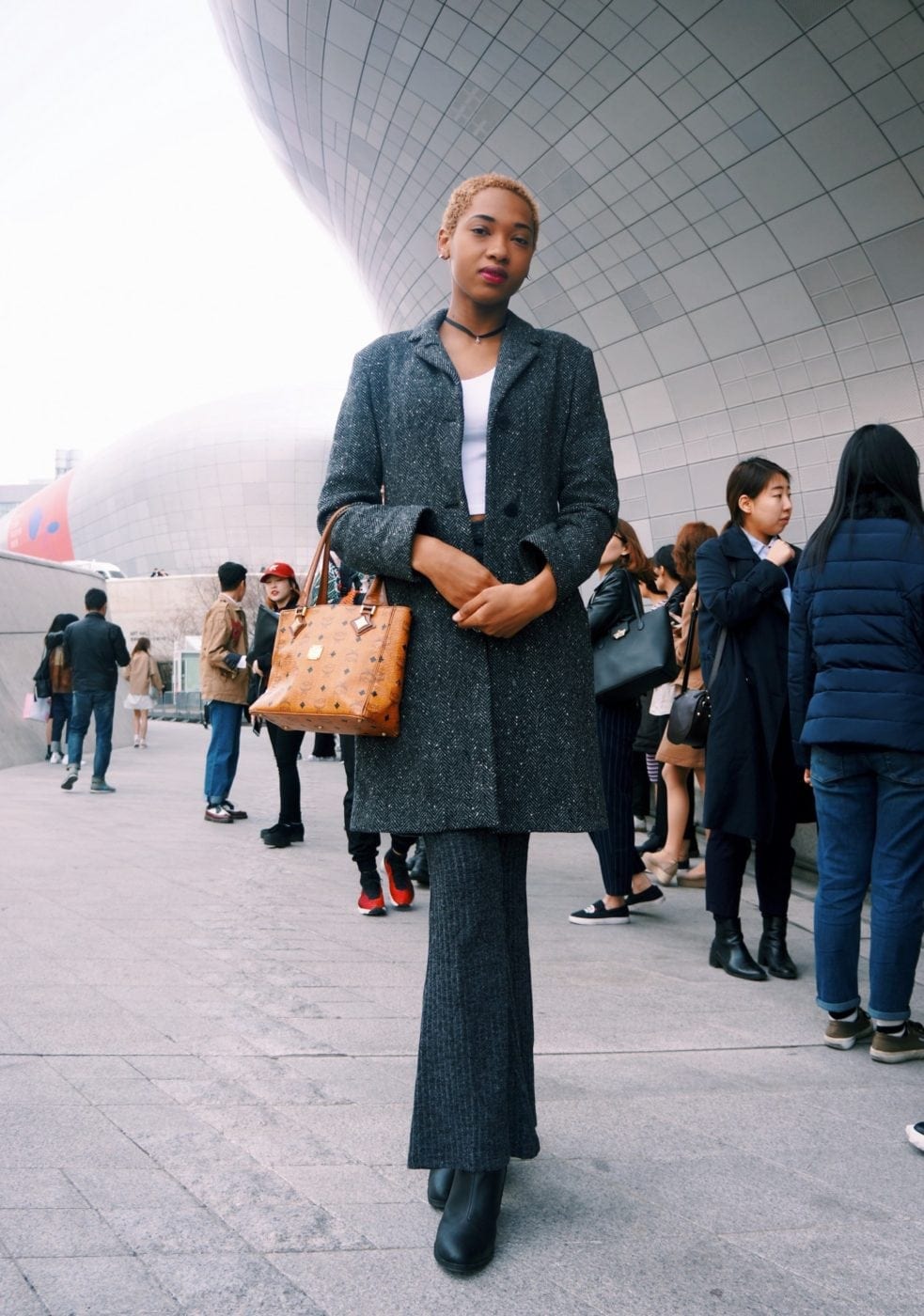 “It’s my first time to come to Seoul Fashion Week. It’s really different compared to other fashion weeks in other parts of the world. But SFW is so centered and I like it. People are way nicer here. They would want to take pictures of you, and they have their own style, which I love. I really like Korean fashion, especially the dressy styles. I’m not really a big fan of the baggy fashion of Korea, but I do like the dresses and high heels, etc. I always think Koreans are interesting in a way that they are not afraid to be different. They’re not afraid to have their own style, and if they follow trends they’ll still make their own. I feel like Koreans have a stronger sense of their own fashion and their own trends, rather than a lot of Western influences. If they mix and match, I feel like they can’t really tell.” 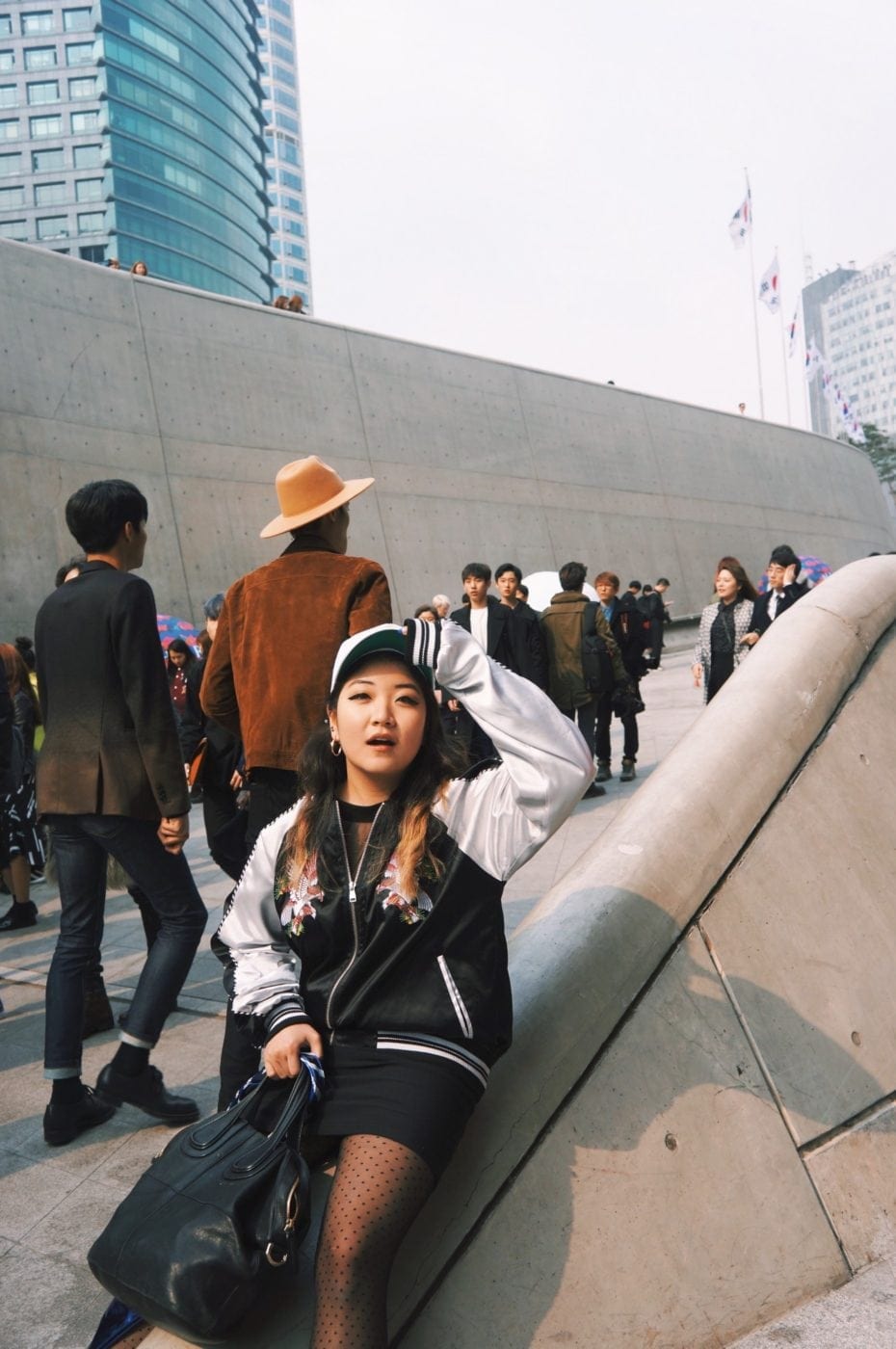 “Korean fashion follows a lot of trends, but I don’t think it’s wrong. There’s no definite answer in fashion. It’s just a step for Korean fashion to improve.” 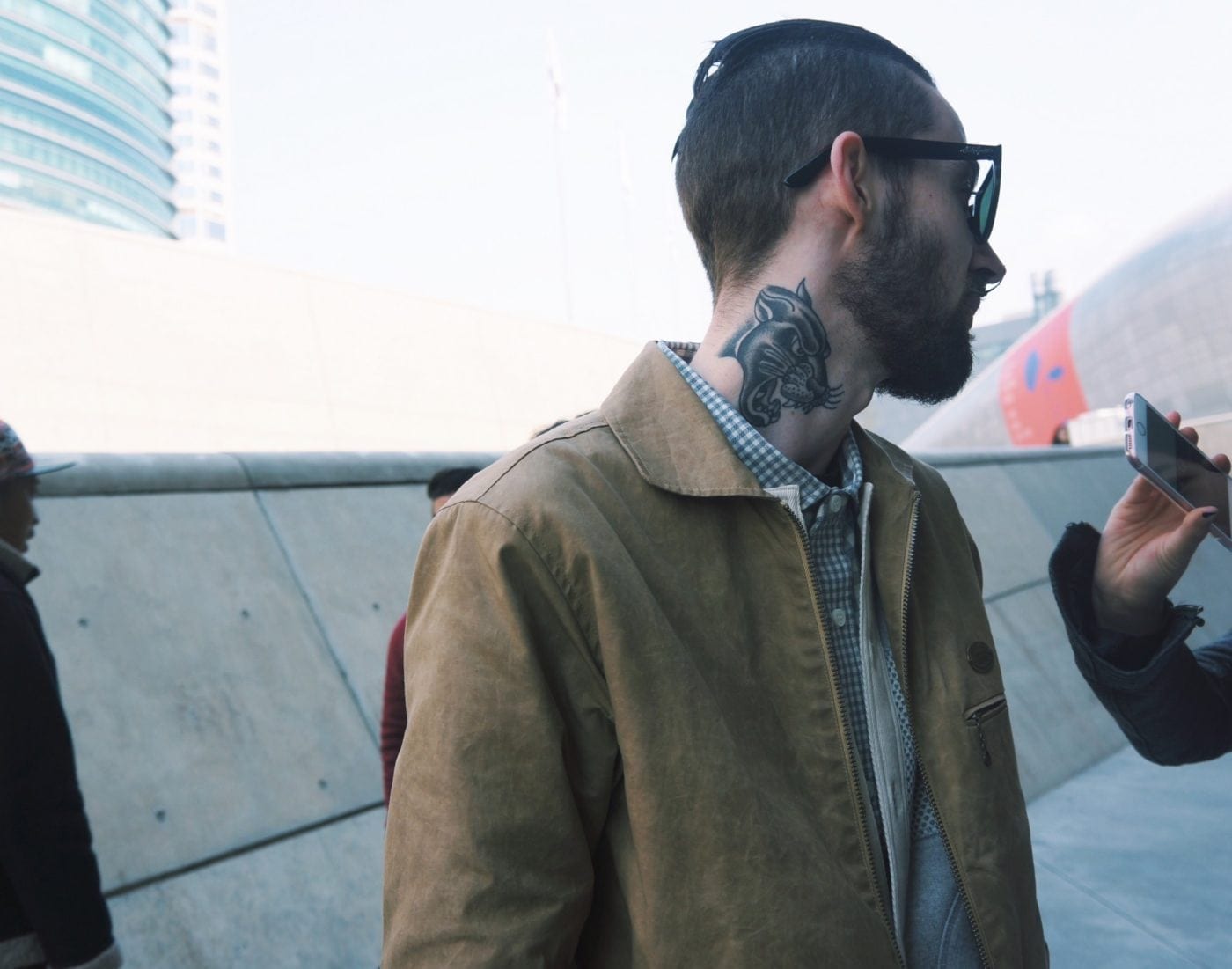 “Pretty much the diversity about it is unique. I mean, there’s so many different looks that can sort of ‘pull out your inner identity’ here in Korea. You know, like the stuff that I’m wearing now. I’m a musician and a model in the Korean industry, so this outfit kind of feels like an expensive high school look with some rock and roll to it. They’re different. Also, really, nothing beats the Asian cut, the leather jackets, etc. in Korean fashion. I’ve learned a lot.” 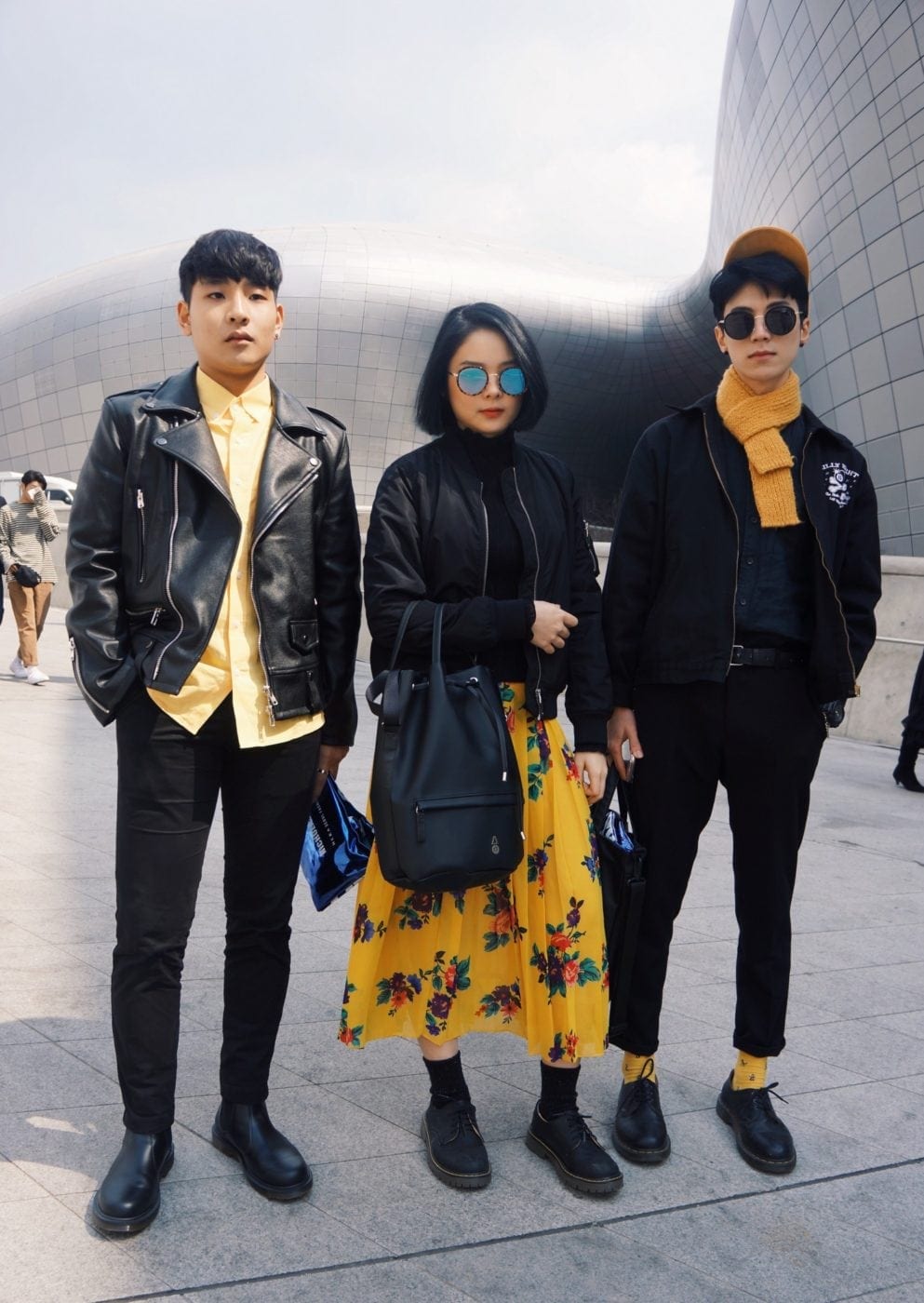 “I think the individual uniqueness and the convenience makes Korean fashion unique. The comfortable and subtle yet distinctive looks make our fashion more approachable.” 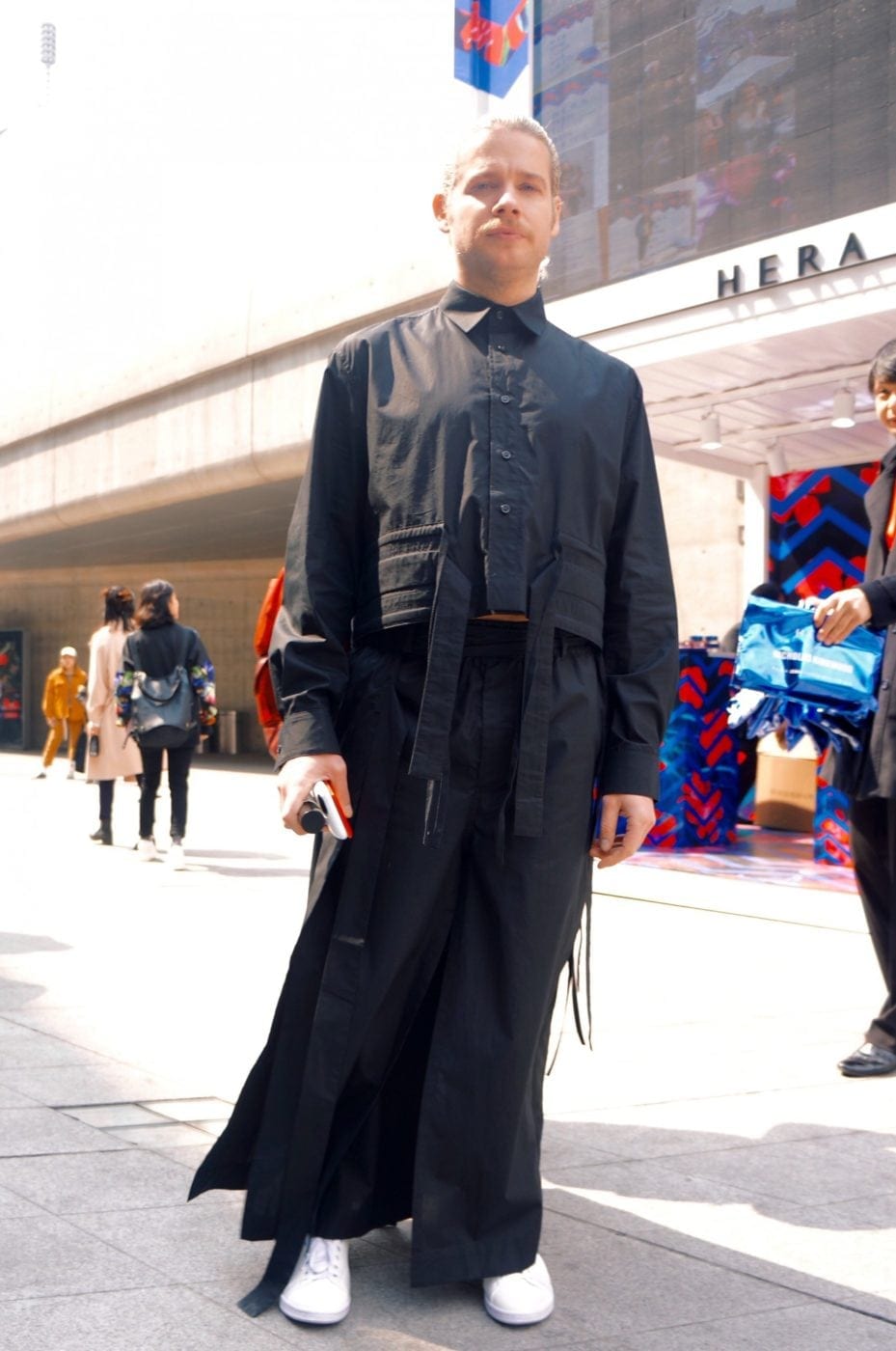 “I loved Seoul Fashion Week so much that I came again to see how it’s been developing, and I think this whole street style element is really exciting here…I think Seoul is a really fun city, and the general feeling about it here excites me. Especially within the fashion industry, I like how everything kind of feels modern, and how there are so many are new and young ideas. It does not feel cliché or old at all. You know there’s a lot of style in this city. It never really feels too retro you know? There’s definitely been Western culture appropriated, but done in the Korean way.” 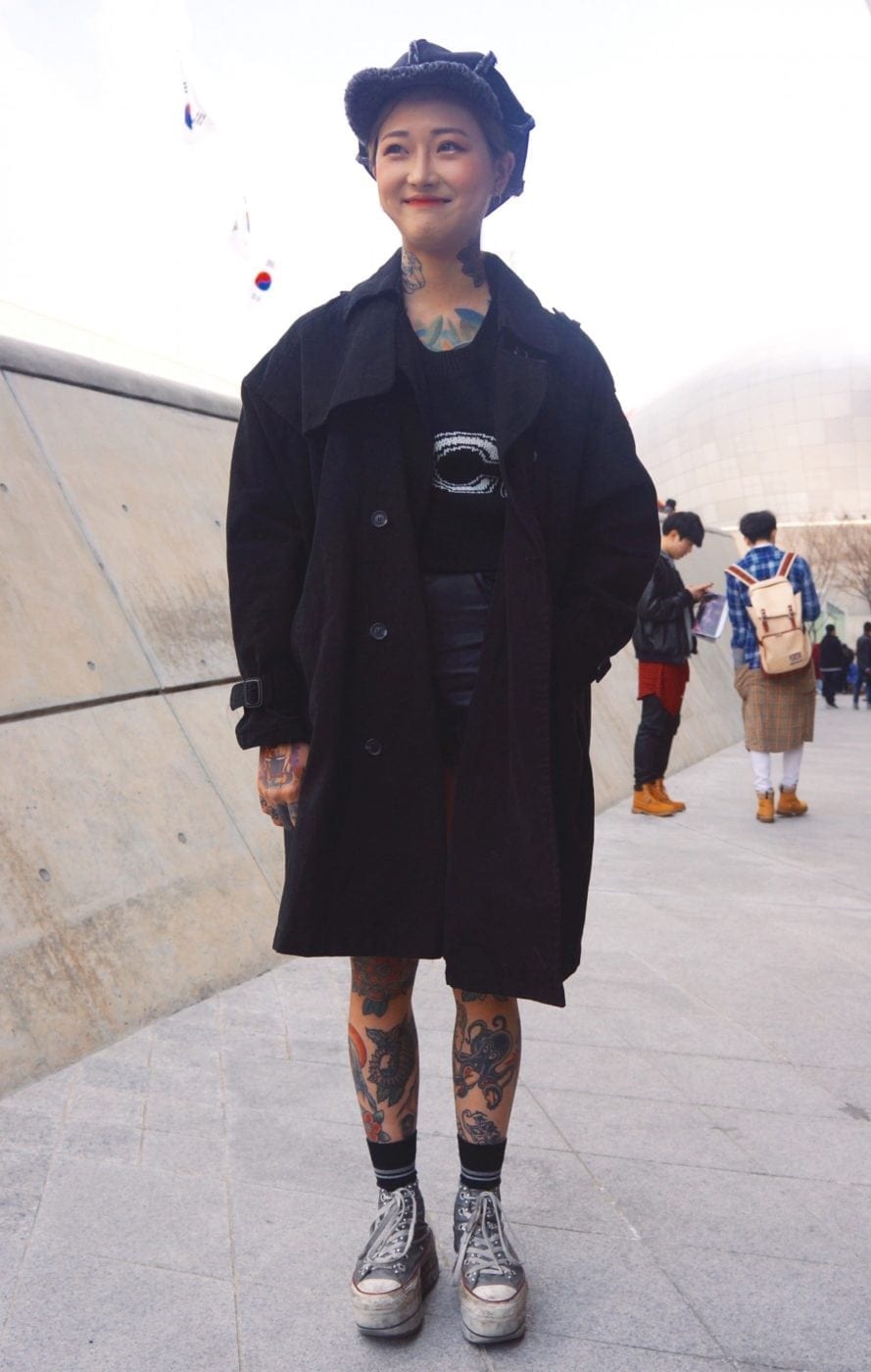 “I personally think it’s interesting how Koreans are exploring fashion these days. You know, there’s a lot of unique people coming to Seoul Fashion Week, like men dressing in women’s clothes. I think Korean fashion is developing in that way, exploring its own style. Except, sometimes I think we can be a bit cliché. Like, following trends from the Internet and wearing the same style. I don’t like that.” 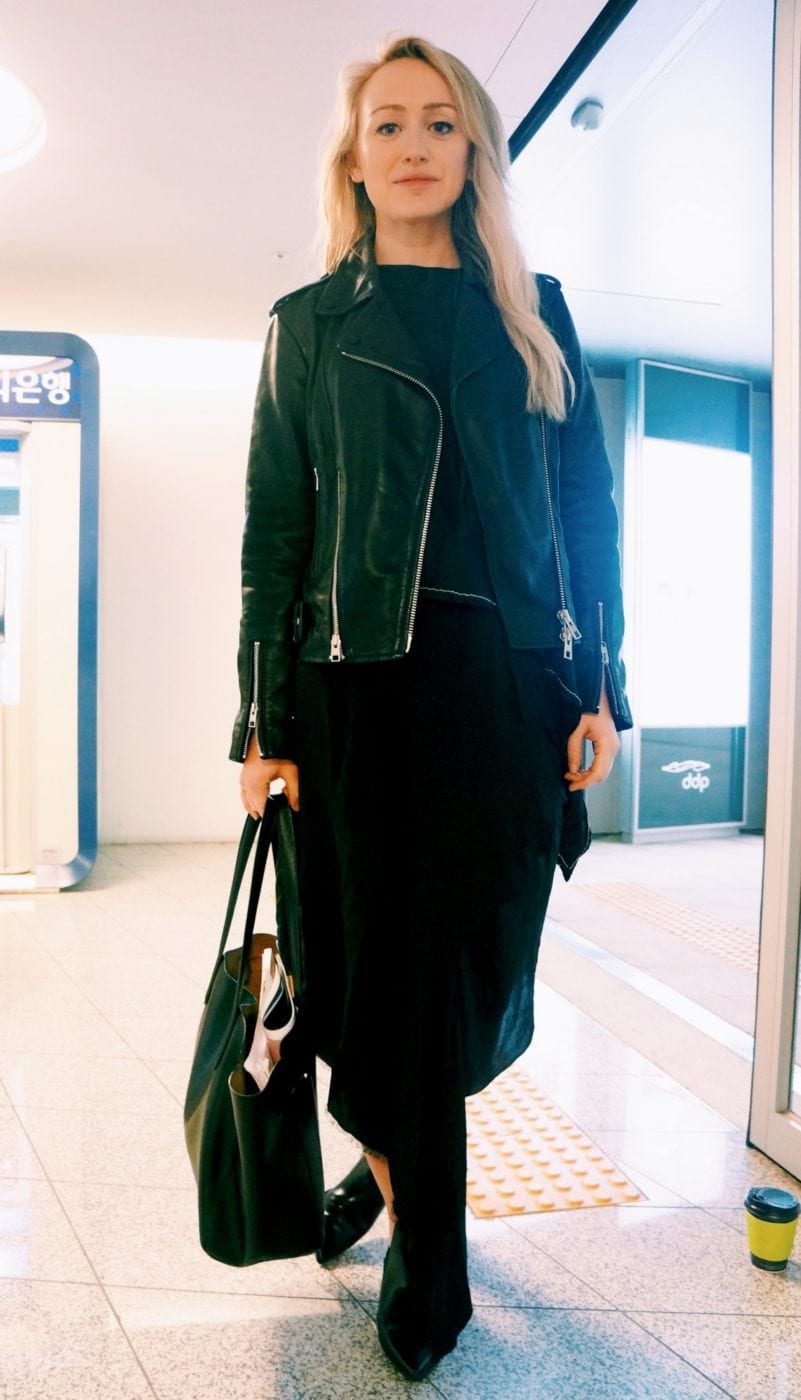 “I’ve really enjoyed coming to Seoul Fashion Week, and I loved the shows. Some designers, you can tell, are quite new, quite experimental, which is really nice to see. The more experimental I saw, I mean, I thought I just want to buy straight off the catwalk. I wouldn’t say Western fashion is completely appropriated to Korean fashion though. I can see a lot of Western references and put their own spin on it. The logos, for instance, are definitely towards the Korean market. I think it’s a good mix, I think it’s definitely close to appeal to the Western market it’s got that allure of Korean designer, of the Korean signatures. I think a lot of the styles in Korea are seasonless. It’s quite colorful and playful, and a lot of them are fearless.”