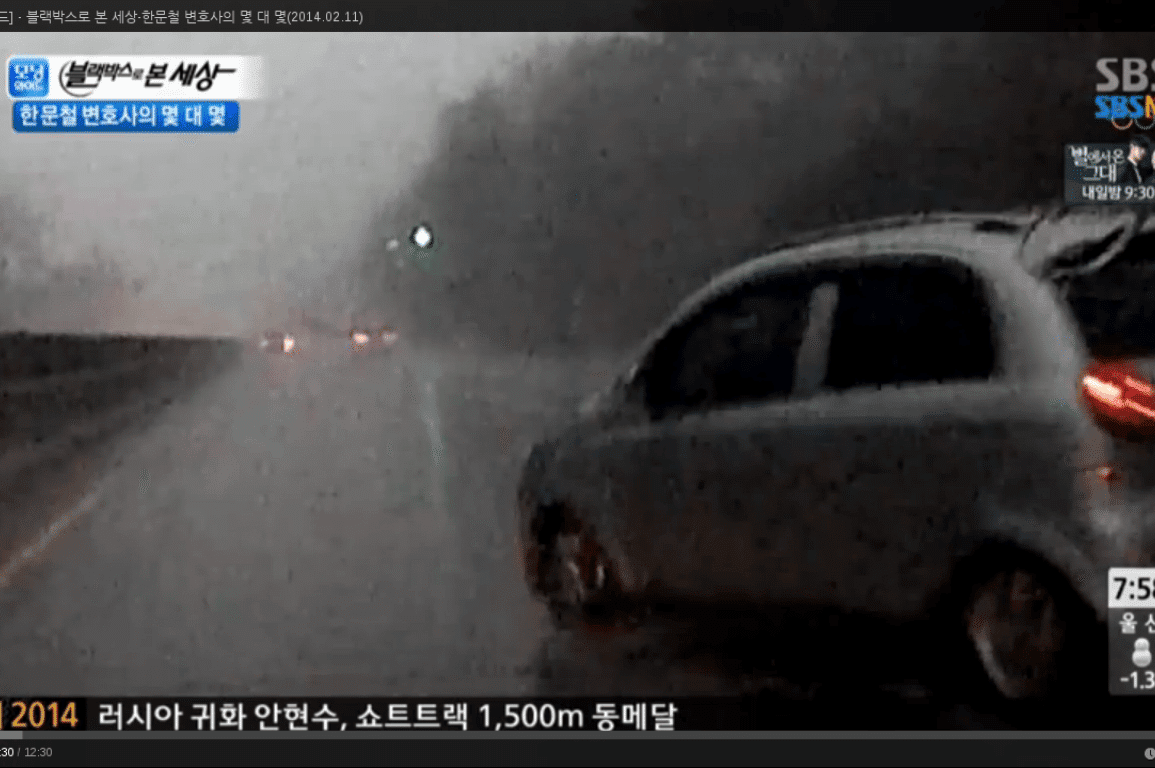 According to OECD statistics, Korea traffic fatalities once again attained the #1 spot for most traffic fatalities per capita in 2013, the most recent year for which statistics are available. With 104 fatalities per million inhabitants (FPMI), Korea can take pride in having safer roads than Albania, Azerbaijan, Georgia, India, Montenegro, Russia and Ukraine among countries that submit statistics. One would assume they beat out Sudan and Afghanistan as well. As far as OECD member countries go, however, Korea is dead last (tragic pun intended), solidly beating out the runner up for the infamous title. Poland came in at only 88 deaths per million. As recently as 2011, Poland was the worst in the OECD with 110 FPMI to Korea’s 107. While Poland has managed to solidly reduce their FPMI, Korea continues to sadly hold pretty steady.

In case you didn’t know, they call dash cams “black box” in Korea. They’re so plentiful – and the accidents they tape draw so many viewers – that SBS’s morning show, Morning Wide, has a regular morning segment called 블랙박스로 본 세상 (The World Seen By A Black Box). They have a lawyer join the segment and go over who’s responsible for the accidents and at what percentage they’re responsible for the costs. The show provides a little insight into why Korea traffic fatalities are so plentiful.