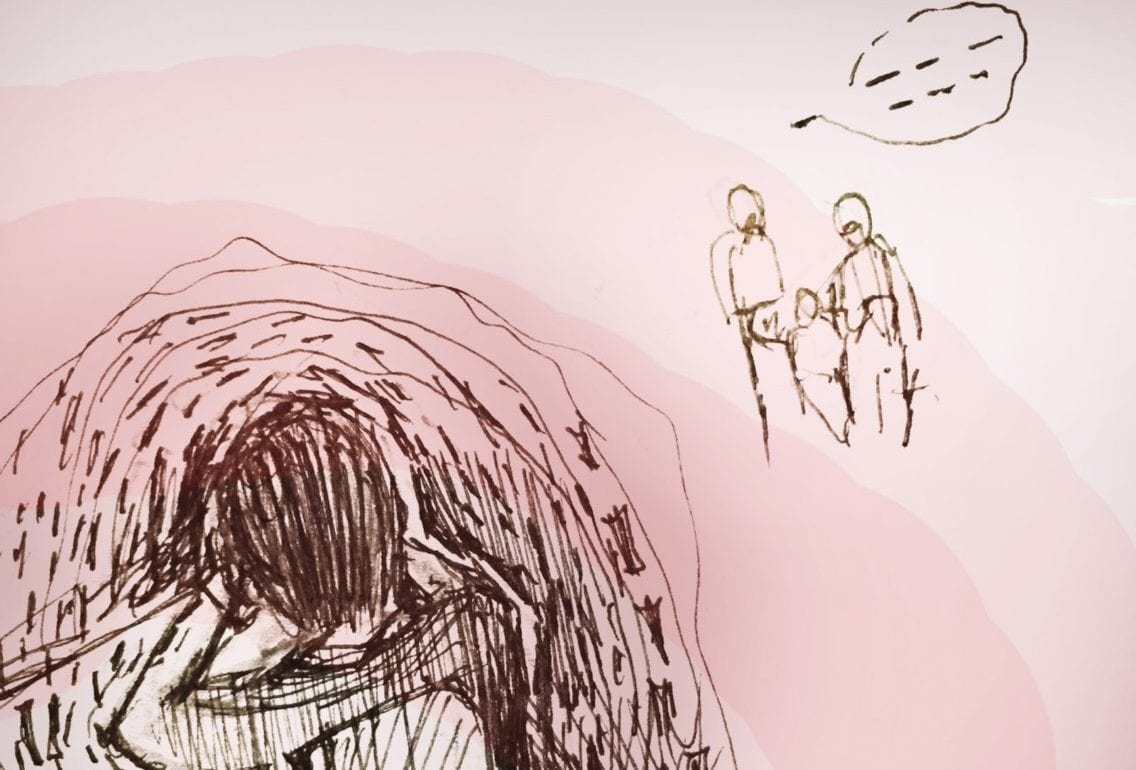 A worried school teacher noticed that her student had missed class yet again. She had been absent the entire week. Out of concern, she personally went to find the student at the student’s home. But after they met, she hugged her student and burst into tears.

What on earth could have happened? 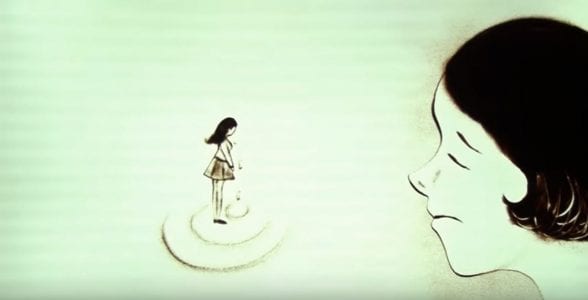 “Why were you absent this week?” she asked.

She was on her period, but did not have any money for any sanitary pads. She had been lying down in bed at home, with a towel sprawled underneath her.

What poor country did this happen in you wonder?

The reality is that this is happening right here and now in South Korea, 2016. 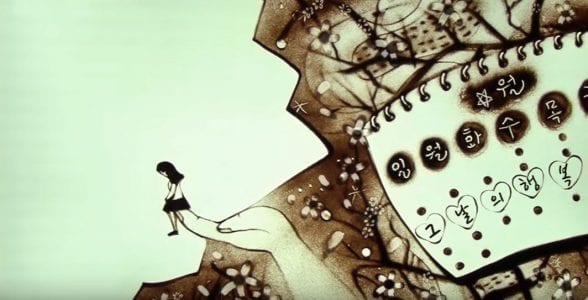 And this is not only her story to tell. Hundreds of people have erupted conversations online, particularly from the 한국한부모가정사랑회.

Every girl has to face “that time of month.” And when that time comes, there’s no doubt that these sanitary items are a necessity. And to the girls who cannot afford these sanitary items, they are left feeling disgusted and uncomfortable with themselves and their own bodies.

“I don’t have W1,000, and however small that amount seems I don’t have the W1,000 to buy any of these items for my period. What can I do about that?”
한국한부모가정사랑회 황은숙 회장

Sanitary items are an undeniable necessity, but now it has become a thing of luxury. 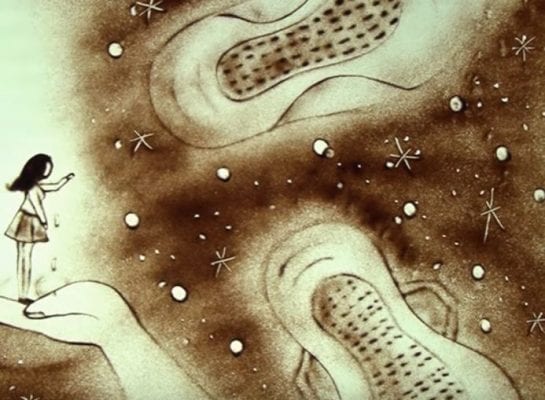 Girls who can’t afford sanitary pads put up with their periods however long they may last. They replace pads with uncomfortable towels, tissues- even the soles for their shoes in order to make up for the absence of sanitary pads.

“The most pitiful and humiliating thing for me is that because of this situation, I’m unable to change my sanitary pads very often. I overheard some students nearby that some student smelled. And I was that student.”
한국한부모가정사랑회 황은숙 회장

During puberty girls tend to conceal or hide their problems in regards to their period needs but these can lead to serious consequences.

“If a girl is unable to change their sanitary pads frequently, there is higher chance of infection. The blood, if not cleaned properly, may cause bacteria infections such as cystitis.”
미래아이 산부인과 류지원 원장

This is a danger to a girl’s overall health. 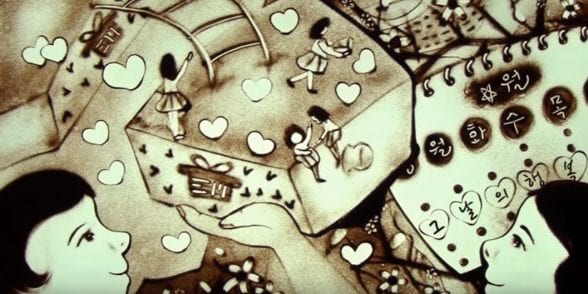 We wish for those reading to recognize this important issue. We wish that the day that a girl, who has body aches but also the blessing that is her period, could also consider that day to be a blessing.

This beautiful story is in courtesy of: 스브스뉴스

Yuhan-Kimberly sparked perhaps one of the most important and shocking conversations that low-income teenage girls revealed online about not being able to afford their sanitary products.

Yuhan-Kimberly is a company that was established in 1940 and is a joint venture with Yuhan Corporation and US Company Kimberly-Clark. They produce sanitary items and is based in Seoul, South Korea. Their products also include items such as diapers, wipes, and toilet paper. They are the leading manufacturing brand for these hygiene products in Korea.

Around May 2016, the Yuhan-Kimberly faced enormous backlash because of their announcement to increase prices on all their sanitary pads products by 20% at the start of June, contradicting their statements from earlier this year. If effective, it would mean an increase on prices for 55% of the market in sanitary pads in Korea. In response to these news, stories online from low income students and teenagers have been devastating, fueling discussion and adamant protest. 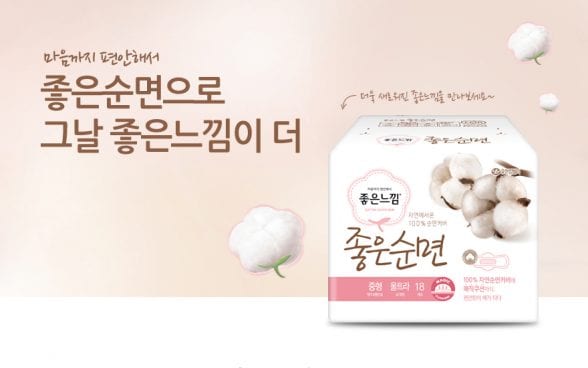 There is high controversy in the matter. As the the story above painfully illustrates, these girls have described missing school for sometimes a week every month, having to replace pads with unsanitary and limited options, feeling uncomfortable and humiliated in school, and unable to ask for money from their hard working families. The conversation calls for attention at the increasing gap between the wealthy and the poor and the social injustices placed on women.

Women, especially students, should not have the burden and difficulty of purchasing sanitary items. It was estimated by an organization that some 60,000 teenagers from ages 15-19 are unable to purchase sanitary pads in Korea. This becomes a prejudice against the poor, creating the idea that pads have become luxury items. What is the true production cost for a pack of pads? Although the products claim to be designed to be more comfortable and absorbent, the increase in price raises a lot of questions.

“While the average price of sanitary pads rose by around 25.6 percent from 2010 to April 2016, the import price of pulp and felt dropped by 29.6 percent and 7.6 percent, respectively, during the same period, according to the consumer organization.” The Korea Herald

Yuhan-Kimberly has been asked to cancel their plans for June on the increase costs of sanitary pads. However a few days after their initial announcement and despite the recent eruptions, the company launched a new line of sanitary pads called Good Feel Magic Cushion that were 7.5% more expensive than the original prices. 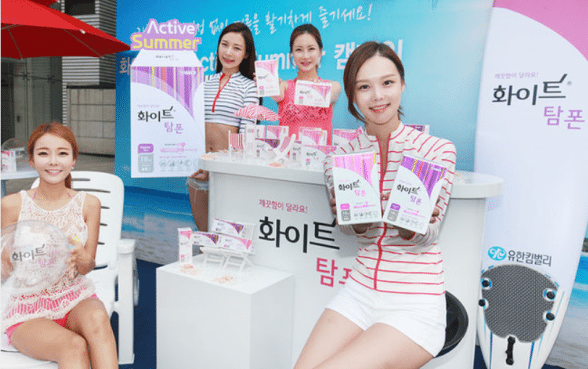 In response to further criticism, Yuhan Kimberly has pledged to donate 1.5 million pads to students who come from low-income backgrounds. The company looks forward to launching a more affordable sanitary pad option for those who are financially struggling by the end of the year. Many organizations have immediately rose to support the cause such as the company Ease and More and their collaboration with Love For Single Parents Organization.

This topic does not lie solely in South Korea. All around the world, women are facing the construct of pads as a luxury item. Certain countries face a devastating lack of resources. People are turning heads away from this issue when they should be addressing them. And it’s the women who are hurting from it.

In Africa, numerous girls drop out of school entirely when they are on unable to purchase sanitary disposable pads. They desperately use scraps of rags, leaves, or even mud.  This leads to many terrible diseases and deaths that can be prevented. Younger girls are having sex from older men for sanitary pads. And this horrific cycle persists and must be stopped. This is recognizing yet a small fragment of the issues at hand regarding sanitary pads. But there have been innovation and people to help improve lives for those in need.

An invention called Flo was created by bright students from Art Center College of Design in California with the mission of improving the lives of those in poverty. The tool kit consists of reusable pads and the method of carrying them concealed. The tool also dries and washes the pads with a spinning technique, so women do not have to face embarrassment when hanging their garments on the line to dry. It’s an invention that’s directly influencing the way people live. They were awarded with International Design Excellence Awards and the James Dyson Award for their efforts.

In 2014, a man in India named Arunachalam Muruganantham spent years developing affordable sanitary disposable pads. He received criticism and abandonment from his family and friends, but he was determined to achieve his mission. Now his inventions are helping women all over India with the machines he had made himself. He believes that poverty cannot get in the way of innovative design.

In another lens, the women in the US has criticized this stigma with humor through the media. On numerous twitter feeds regarding  the “tampon tax” women purposely tweeted absurd statements and pictures about the “luxury” of being able to afford and use tampons.

Again, this just a small mention of the issues at hand. These recent news and stories have become to a shock to many in Korea, but sadly it’s also a constant and alarming problem all over the world. We need to be more opening minded and extend our hands to concerns we may not have known are serious burdens on others’ lives.

A women’s period and time of month should not be shameful or embarrassing. It should not be looked down upon or used against women. It is a gift and a blessing- it’s an inevitable fact of life. It can be inconvenient but it should not be an invitation for additional burdens or judgement from society. It should be a real reason we make changes now to help women and remind ourselves that we cherish each other. We believe this is what makes women continue to be strong.