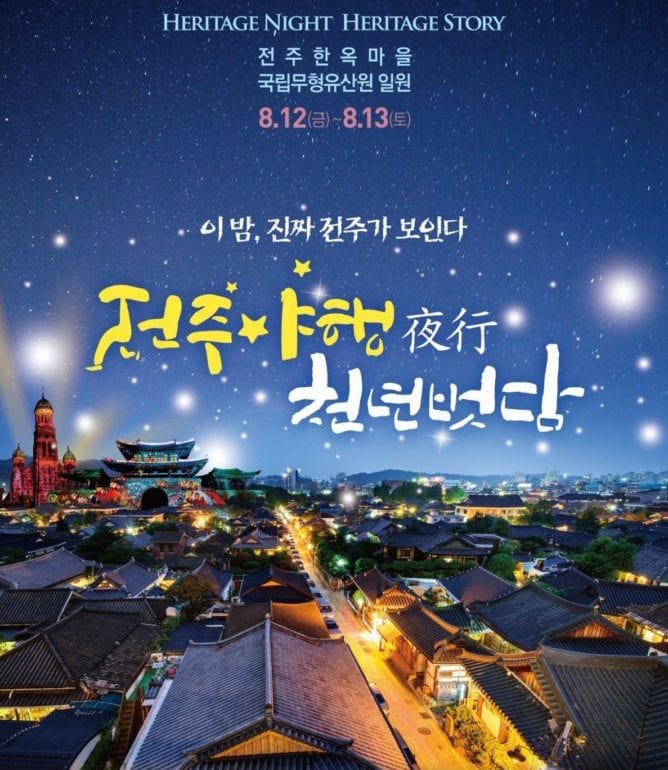 The city of Jeonju is holding a night event twice this year, August 12th to 13th and September 30th to October 1st. The Korean Cultural Heritage Administration is hosting this starry event to celebrate the tradition Jeonju upholds and the annual tourist count of more than 10 million. Jeonju is known most for its Hanok Village, an entire village with ancient dynasty architecture. It’s a city that is a literal living and breathing artifact of Korean history. 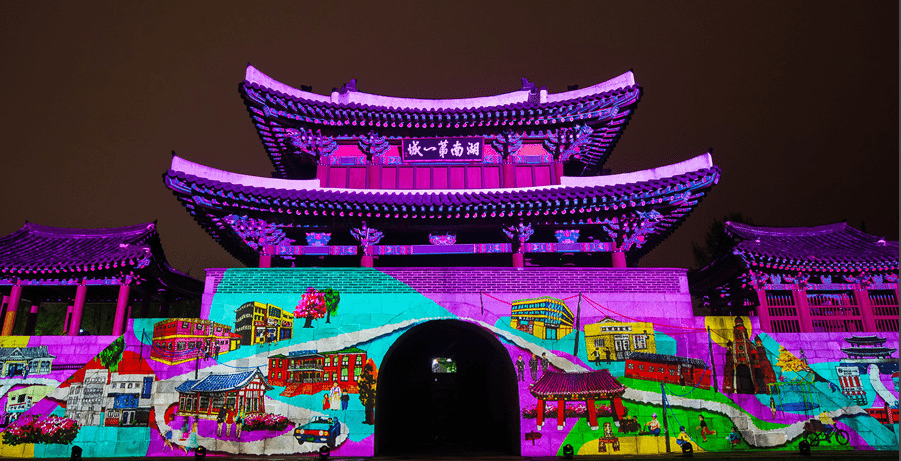 There are three main types of events: touring old royal historical buildings from both the Hubaekje Kingdom and Joseon Dynasty, indoor and outdoor musical performances near historical architecture, and games and activities involving lit palaces and fish markets. And, it’s all free. 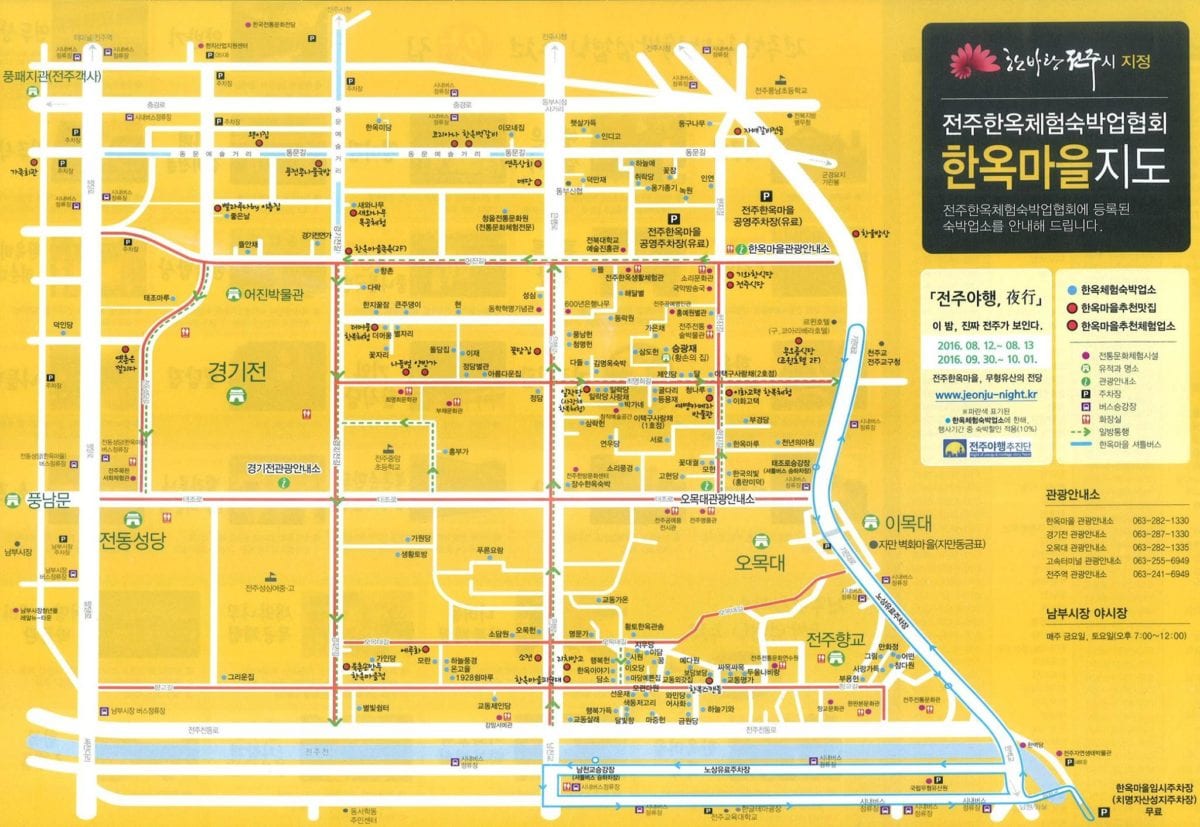 Gyunggijeon is a historic site from the Joseon Dynasty. It has a serene aura at night, with lights that are calming and easy on the eyes, a perfect relax spot.

Omokdae is popular cultural legacy that is located uphill, which means it provides the finest scenic view of the Hanok Village. And, the village glistens at night.

Hanbyukroo is a summerhouse located on top of a cliff, looking over the various waterways of Jeonju. It’s the best spot for a good bird-eye’s view.

The Jeondong Church, “CheonsangJieum,” is famously known as the most beautiful cathedral in South Korea. The actual film site for the film, “Promise (약속),” when filled with the Gregorian chants of the performers, the cathedral will surely become an unworldly concert hall.

The JeonjuHyanggo, “Night of Sanjo,” is a musical performance with Sanjo, a Korean genre similar to American Jazz — filled with blues and rhythm, free and emotional. Skilled performers will be sure to open our hearts and ears to Korea’s jazz.

The Jeonju-chun, “Salpuri on the Korean Canoe,” is Jeonju’s most well-known river, and home to otters and swans. There will be a Korean traditional dance performance held on a Korean-style canoe. The collaboration of nature and human movement will come together as one piece of art both nights.

The Nambu traditional market is holding a game called, “Protect The Portrait of King Tae-Jo!” Visitors will be part of a game where you can either steal or protect the King’s Portrait.

Near the Jeonju-chun, people in Korean traditional garb, “hanbok,” will be encouraged to participate in Korea’s traditional dance, “Ganggangsulae,” within Jeonju’s most famous Hanok Village.

There will also be a media facade showcased on Jeonju’s only castle gate, “Pungnammun,” with special music, so have your moves ready and up your sleeve.