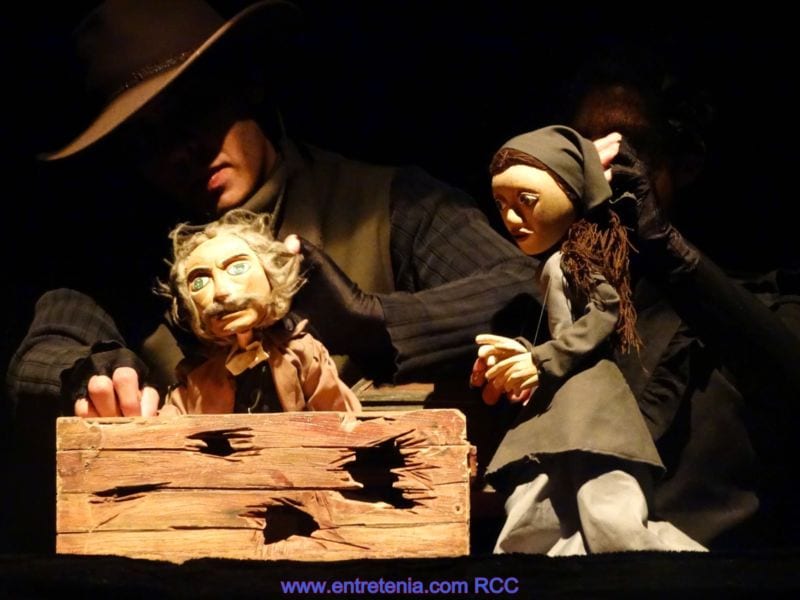 Phew, wipe the sweat from your brow and pop another ice cube in your drink of choice. That’s right, summer is here, but alongside trips to the pool, tan lines, and heat stroke, July also brings us the most prestigious performing arts festival for children and young people in Korea. So, between the jaunts to much splashing and improvised aquaerobics, how about a little exercise of the imagination, too? ASSITEJ Korean International Summer Festival, taking place from July 19 to 30, is a great option for those of you looking for a way to beat the heat away from water whilst still having a butt load of fun (kids these days are so edgy, *sigh*).

So ASSITEJ Korea, the Korean branch of ASSITEJ International (ASSITEJ standing, in French, for International Association of Theatre for Children and Young People), is hosting the annual festival for the 25th time. This year, with Mexico as the country selected for the programme’s focus (following the festival’s tradition of choosing a particular country to introduce its culture as well as to celebrate its diplomatic ties with South Korea – and this year happens to be Mexico & South Korea’s 55th anniversary), there are 11 individual shows from 8 different nations – Mexico, France, Scotland, Iceland, Australia, New Zealand, U.S. and Canada. There will be 4 different shows being presented by the Mexican companies, and with Mexico being a country recognised for its strength in puppetry, your kids—or the inner child in all of us—are sure to have a blast at any one of them.

Well, maybe not any one of them. The festival may be for children but it doesn’t shy away from dark themes. One of the shows, appropriately titled Post-Mortem, is a tabletop puppet show that tells the story of a man, Victor, who finds himself unexpectedly dead and struggling to accept the fact, all the while seeking a way to reunite with his—still living—beloved; narrated with a bit of good-old humour, this one is probably more for those in the upper age range – you know, old enough to appreciate the bitter-sweet comedy that is life and death  (recommended viewing age is 13+).

However, most of the performances are perfectly suitable for the kiddies-proper; for example, Dziú the Bird, the official opening performance of the festival, is a retelling of an ancestral legend through transformative uses of traditional Mexican kitchen objects such as a bread basket, a wooden spoon and a tortillero; these mundane objects are turned into characters, accompanied with live music to add even more to the overriding vibrancy of the piece (recommended viewing age: 7+).

The programme includes quite a few interactive productions, too – among them is Vera and the Water, a dance-performance piece where the audience, using the five senses, is taken through the journey of the protagonist, Vera, a weather creature, as she experiences and experiments with different weather conditions. After the performance is over, the children are invited up onto the stage to meet Vera and experience the sensation of the icicles and the wind for themselves through direct tactile contact (recommended viewing age: 3+).

Along with the 25th ASSITEJ Korea International Summer Festival, the 2017 Korea-China-Japan Performing Arts Festival for Children will take place from July 29 to 30. In addition to the presentation of one performance from each of the three countries, a roundtable with the countries’ experts will be held, discussing ideas on ways to contribute to theatre for children and young people.

The festival takes place in and around Daehak-ro, an area well-established as the theatre district in Hyehwa – performance venues include the Main Hall and Small Hall of the Daehakro Arts Theater, Jongro Children’s Theater, IEUM Center, and the Multipurpose Hall (B2) at Marronnier Park.

So if you’d like a day off from capri-suns and pool noodles, not to mention the sunburn and inevitable goggle-related injuries, send an email to international@assitejkorea.org.*

ASSITEJ, the International Association of Theatre for Children and Young People, was established in 1965. It unites theaters, organizations and individuals throughout the world who produce theater for children and young people and is dedicated to the artistic, cultural and educational rights of children and young people all over the world. There are 83 national centres globally, and ASSITEJ Korea is one of them. (ASSITEJ Korea was founded in 1982.)