Family Guy caught K-fever over the weekend with Peter, Joe, Cleveland and Quagmire traveling to South Korea in season 14’s episode 10 titled,“Candy, Quahog, Marshmallow.” After discovering Quagmire’s stint as the star of a fictional Korean soap opera, Winter Summer, the gang quickly become addicted to the implausible plot twists typical of K-drama (“I guess he didn’t die in the vending machine after all!”). But when they find the final episode missing and Quagmire is unable to remember how the show finished, the gang embark on the most obvious solution to their predicament: they head to South Korea. 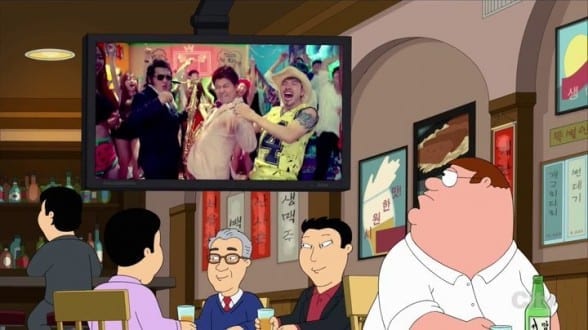 The episode does a pretty good job of covering all the weird and wonderful aspects of Korean culture every tourist or expat is first confronted with, taking on the obvious novelties like K-pop and plastic surgery… 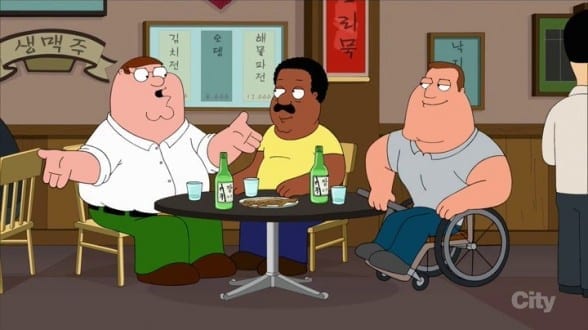 While there have been some reports of negative feed back from die-hard k-pop and k-drama fans on twitter, Peter’s reaction to K-pop has been lauded as pretty spot on: