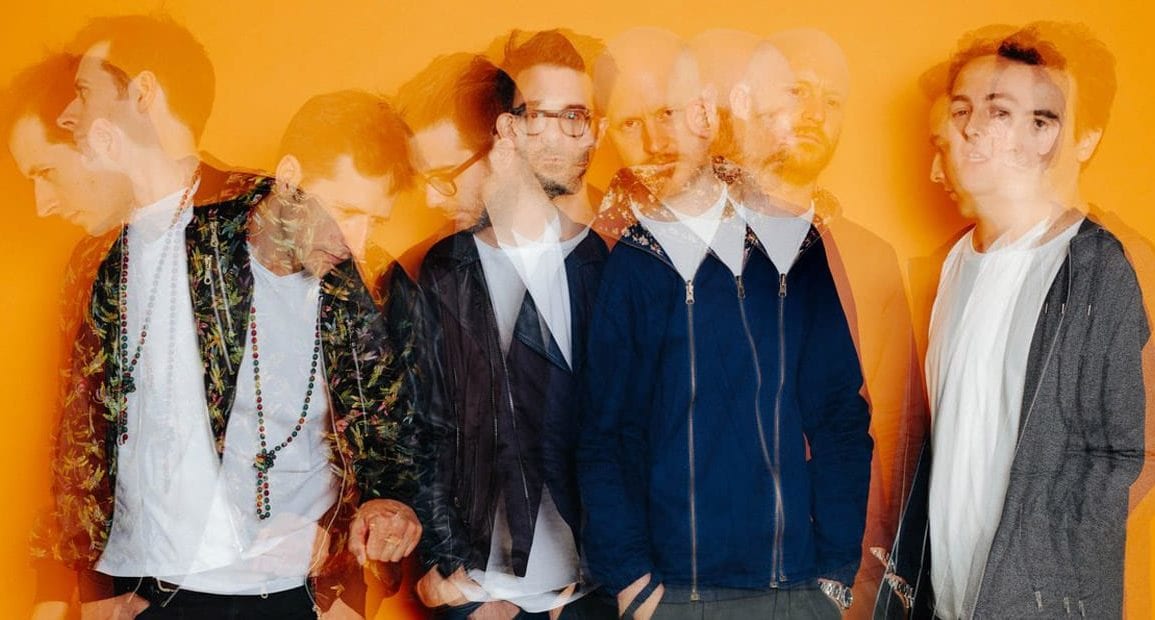 In a country whose music scene is dominated by manufactured talents and where every decision, all the way down to hair color is carefully selected by a team of marketers, one group from the UK has made a big splash.

Known as a group bringing back the musical genre City Pop, which one might think of as 70/80’s jazz-pop, London-based four-piece band PREP is making waves amongst youth in Korea. This was already their 3rd trip to Korea and extended through a full Asia tour as well as a few shows in the US. After packing Blue Square Market Hall on a Saturday night, PREP dazzled their audience with their signature mix of funk, jazz, and R&B tunes. Making the full round in discography, from their debut EP, Futures, to their latest EP released just a few days before the tour started, PREP had audiences swooning and swaying all night. Although PREP’s songs are all English, there was no sign of language barrier among the mainly Korean audience, who responded to singer Tom Havelock’s jokes and dialogue.

We caught up with Tom after the show to find out how they feel about their success abroad, especially in Korea.

Sometimes while walking down the street in Seoul, you can hear PREP songs playing from the stores, and y currently on an Asia/USA tour… When you first started PREP, did you ever expect this popularity abroad? How do you feel about it?

We feel very lucky, and even if we have a bit more of a grip on it all than we did when things first kicked off, it still feels a bit like a dream. We had no idea things would go the way they’ve gone. I mean, when we first put Cheapest Flight on Soundcloud and we quite quickly saw a lot of people listening in America, that made sense to us because the roots of the kind of music we play are very much in the US, that smooth late 70s / early 80s LA sound. But then I remember someone found a video of YTST and his crew playing Cheapest Flight at a festival in a shopping mall in Seoul and this massive crowd was singing along, all waving their phones in the air, and we just couldn’t believe it. I think we were very lucky that the music connected with a handful of key people who really loved it. Then DEAN posted a couple of things about us on Instagram and we could really feel something was happening.

In the country responsible for the whirlwind that is K-pop, what do you think draws people to PREP’s sound?

Ha! Maybe they feel we’re in the midst of the storm. We definitely get a lot of people saying they like the smooth, relaxed feel of our music. Also the combination of real instruments with electronic production. And we’ve as we’ve toured Asia that there’s a real resurgence of City Pop going on and I think a lot of people associate us with that – music you can dance and sway to but that also has emotion, a kind of melancholy to it.

You have a new EP out that is wonderful. You even collaborated with Korean artists. How long did you work on this EP, how did the collaborations come up, and what has been the reaction so far to the live performances?

Thanks! A couple of the tracks took a long time – we had an instrumental version of  Line By Line around the time we made the first ep, but it took us a while to find the right feel. We like to take our time, really work into the detail and make sure everything is exactly how we want it. And often that means getting things almost finished, then leaving them alone for a while. You always hear what a song needs in that first listen when you come back to it

So! ! we met at our first ever show in Seoul. We love her playing, and she gave us this perfect solo on Don’t Look Back. , we have a friend in common who told us he was a fan and asked us down to his show in London earlier this year. We hung out beforehand and there was this talk of ‘you guys should do a collaboration’ which a week or two later had somehow become reality.

Corey Wong, another incredible guitarist who plays with Vulfpeck – someone put us in touch because they knew we were into what each other are doing and he ended up putting some ridiculously good guitar on Line by Line. And Paul Jackson Jr, we’re huge fans of his playing, so we hit him up and asked if he’d be up for guesting on something, and he said yes! I mean, the guy’s on Michael Jackson’s Beat It, not to mention a million other huge records. It’s a very special feeling to have someone like that playing on a PREP track.

And the live reaction has been crazy – we’ve had people singing every word back to us on songs that have only been out for 2 days.

So it’s been 3 years now since Sunburnt Through the Glass, how do you feel the Futures EP and Line By Line EP are different?

Line by Line goes to some more up-tempo places than Futures. I think you can tell we’ve done a lot of live shows between those records – there’s a snappier feel to tracks like I Can’t Answer That and Line by Line, and I think a lot of that comes from getting in front of some big rooms full of people and picking up on some of their energy. But there’s still the same smoothness and emotion – those are always going to be there however far we push the tempo. And there’s also Don’t Look Back on the new ep, which is a proper slow jam.

Do you have any funny stories from touring in Korea or Asia? Like culture shocks or cool fans or….?

We were playing an outdoor festival in Bangkok last night and had to stop halfway through a song because the King was driving past. That was a first for us.
And cool fans, man, so many. We’re very lucky. Someone made us a cake in Korea with a perfect iced version of the EP artwork. We had people turning up in homemade T-shirts with pictures of us on; loads of really sweet presents. And as for culture shock, I don’t know – much less than you might expect. We’ve been to Seoul three times now and we’ve got to know a few people. Generally, there’s just a real buzz at getting to explore all these incredible places and meet a load of cool people who are into our music.

Lastly, even though you just released this EP, any big plans for the future? Plans of coming back?

There’ll be another EP for sure next year, and we’ll definitely be back in this part of the world before too long. Everywhere we’ve played on this tour there’s been of when and where we’ll play next time. No set plans yet but it’ll happen. It’s almost becoming like a second home for us over here.