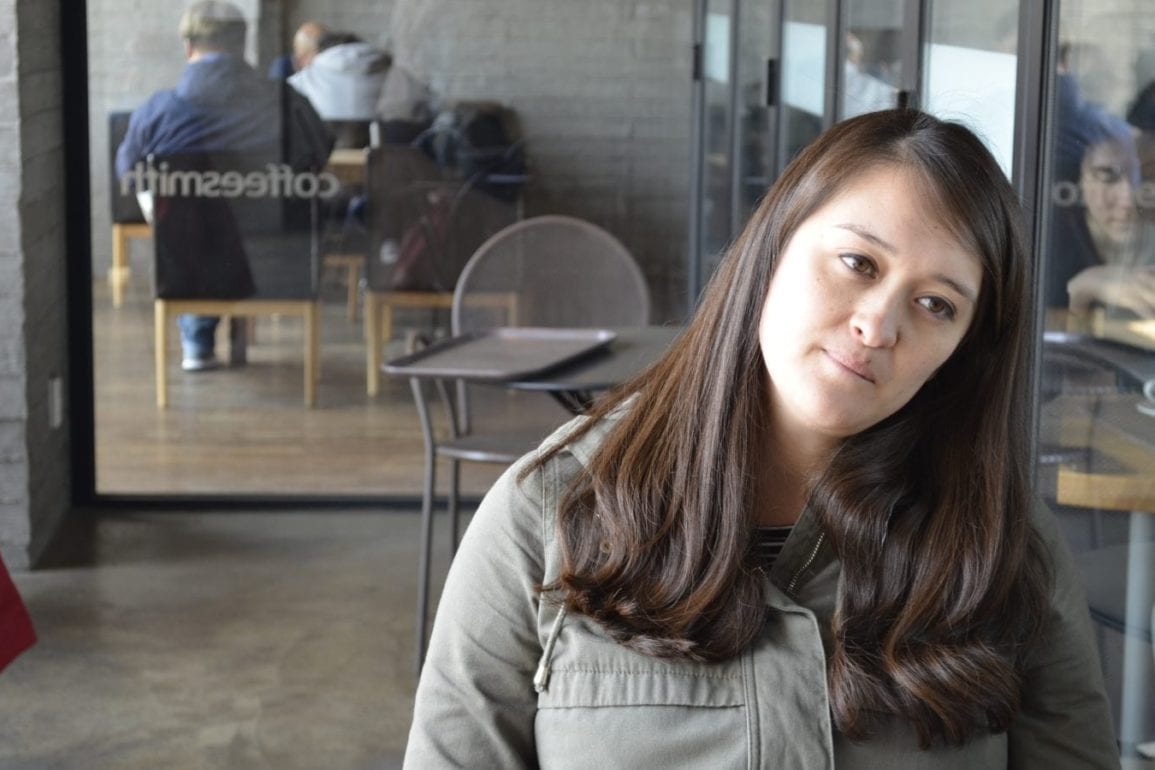 This week our interviewee is Elaine Ramirez, an English teacher turned foreign correspondent based in Seoul. Elaine first arrived in Korea in 2009, and currently covers startups and the crypto industry in Seoul for Forbes, Bloomberg, and Tech in Asia.

We met Elaine on the terrace of a spacious coffee shop in Itaewon in early April. The weather had just started to warm up after a long winter, so we were willing to endure a chilly breeze every now and then if it meant we could sit outside.

Elaine currently works as a freelance journalist covering tech and startups in Seoul. Her recent work has appeared in Bloomberg BNA, Forbes Asia, Nikkei Asian Review, The Korea Herald, Groove Korea, Tech in Asia, The Guardian, The Diplomat and Mashable. But she tells us that she first came to Korea as an English teacher, “like everyone else.” Every morning for two years Elaine would have to walk a kilometer from the bus stop to her small elementary school of 50 students in Paju.

We ask her why she decided to come to Korea out of all places nine years ago.

“Because I needed a job. Though the only two words I knew coming here were ‘hello’ and ‘beer,” she says with a grin.

After graduating from NYU, Elaine founded an online magazine in Chile where she lived for a while before coming to South Korea in 2009. Though many people come here initially to teach English, working as a teacher is seldom what most expats see themselves doing long-term. Still, it’s rare to see foreigners move onto a different field of work full-time in Korea, mostly because finding an employer who is willing to sponsor a visa is incredibly difficult.

Elaine is one of the few cases where someone who came to Korea as an English teacher successfully moved onto a line of work that they were genuinely passionate about. 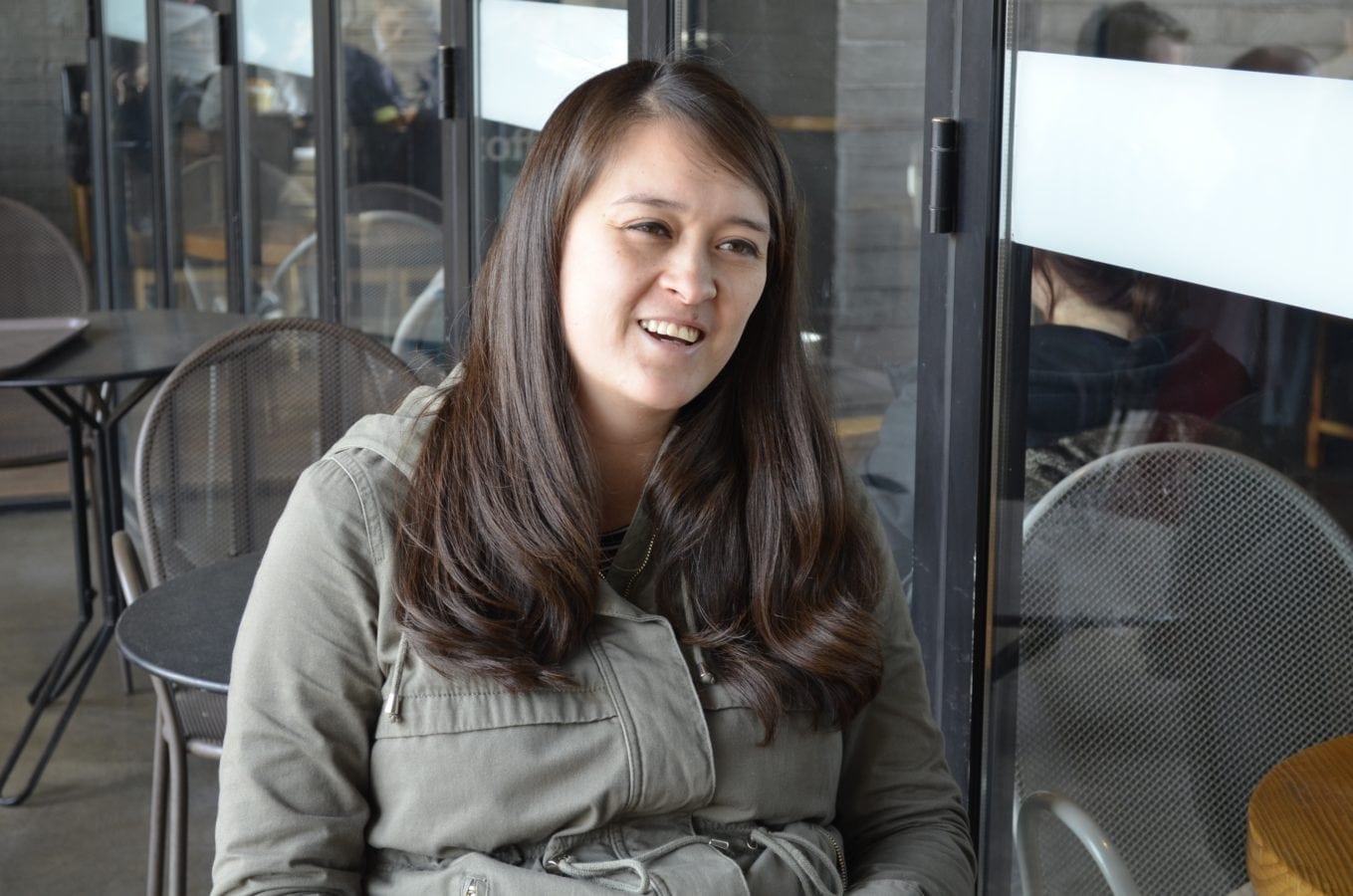 “I feel as if now I’m doing something that I want to do versus trying to scrape together enough money to pay my bills,” she tells us when we ask about her transition from teacher to correspondent. “No one ever expects to be here this long, but as long as I had student debt it was a bit difficult to make my next move.”

Two years ago, Elaine finished paying off her student loans but decided to stay in Seoul to continue to build her skills and network here.

“I take life here one day at a time. Korea’s been pretty good to me and I’ve gone through lots of eras of my career here.”

After her stint as a teacher for two years, Elaine wrote for the Korea Herald and while she was there, also joined Groove Magazine as an editor. After a few years, she left Groove in 2015 and started focusing on covering entrepreneurs for the Korea Herald full-time. In 2016, Elaine left the Korea Herald to join Forbes and various other publications as a freelancer where she’s been covering tech and crypto and startups ever since.

Out of all the people we have interviewed so far for “Expats of Korea,” Elaine has been in the country the longest, so we ask her about the changes she’s seen in Korea during the 9 years she’s been here.

“Things have also definitely changed a lot over the years,” Elaine tells us. “I think Itaewon is a big representation of that change. Korea is beginning to accept and understand its role in the international world and greater picture.” 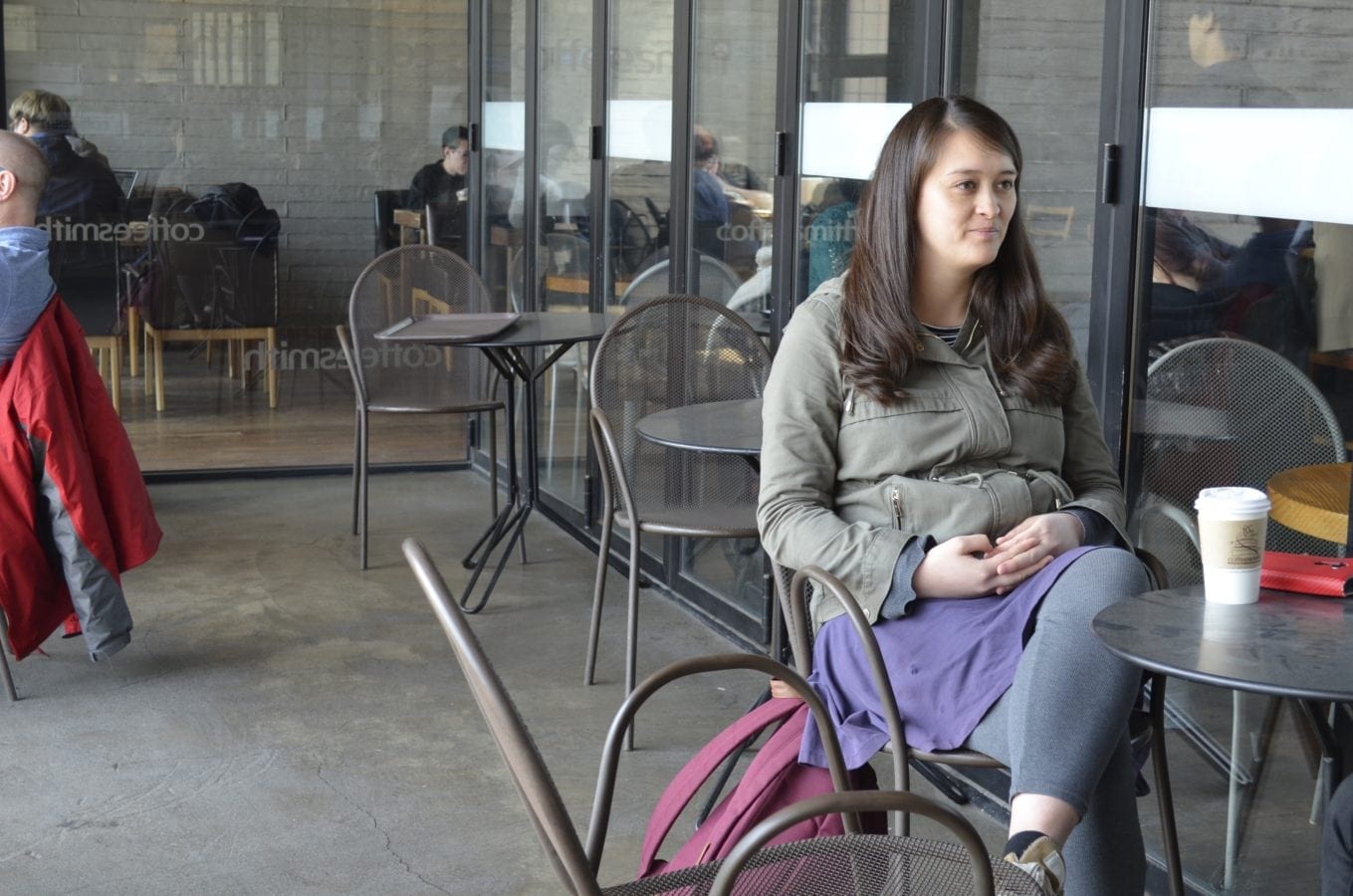 We talk about the candlelight protests against former president Park Geun-hye a few years ago and the more recent #MeToo movement in the country. Elaine tells us that the events took her by surprise, “but pleasant surprise.”

“I think the protests against Park gave Korean women more confidence to join the global movement and voice the wrongdoings against them,” she tells us. Noting the significance of the candlelight protests a few years back, Elaine says “I don’t think that would have ever happened when I first came to Korea almost 10 years ago.”

The candlelight protests were the first time Elaine saw Koreans coming together in such massive numbers to fight for their beliefs. “People say protests like these happened in the 80s but I wasn’t here back then so it was very refreshing to see them stand up for themselves and fight against something that I thought would never change.”

“I just thought Korea would continue to live this open secret of corruption,” she tells us. “It was empowering to see Koreans understand that they could make a difference and aren’t just subjected to whatever the government says.”

One of the things that frustrated her the most when she first arrived was the tendency of people to excuse certain things “because this is Korea and this is the way we do things,” even if certain things seemed backward or morally wrong to her. “Back then, nobody seemed to want to fight that mentality. Now, though, they’re just more aware of what the global perspective on certain things, such as women’s equality, is like and people are willing to do something about it.”

Elaine tells us that she quit her job at the Korea Herald a few years back, because she felt as if her mobility and creativity were being limited, although doing so “wasn’t a very secure career choice.”

“It’s very hierarchical,” Elaine says of the media field in Korea, “and very much based on the month and day you join the company. You can’t get promoted ahead of another person who has been there longer based on merit, and for foreigners, it’s even worse because of the limited number of jobs they’ll allow you to do. Even if you propose new ideas, the fact that you as a foreigner proposed them makes them a little bit less valid.”

“I learned what I had to learn, appreciated my time there, and realized when it was time to move on.”

We ask her about work as a freelance journalist, and what her typical day looks like.

“I usually work at home or at a coworking center. My day is spent mostly answering emails from my bosses and kakaoing with my assistants, who are all in very different time zones. Yeah… but that sounds pretty lame,” she says laughing.

“That’s not lame!” we interject. “You’re doing what you have to and like to do on your own time, right?”

“Yeah, I do do everything on my own time. If I want to wake up at 11 or 8 or want to exercise in the middle of the day, nobody gives me grief for it as long as the story gets filed at end of the day.” 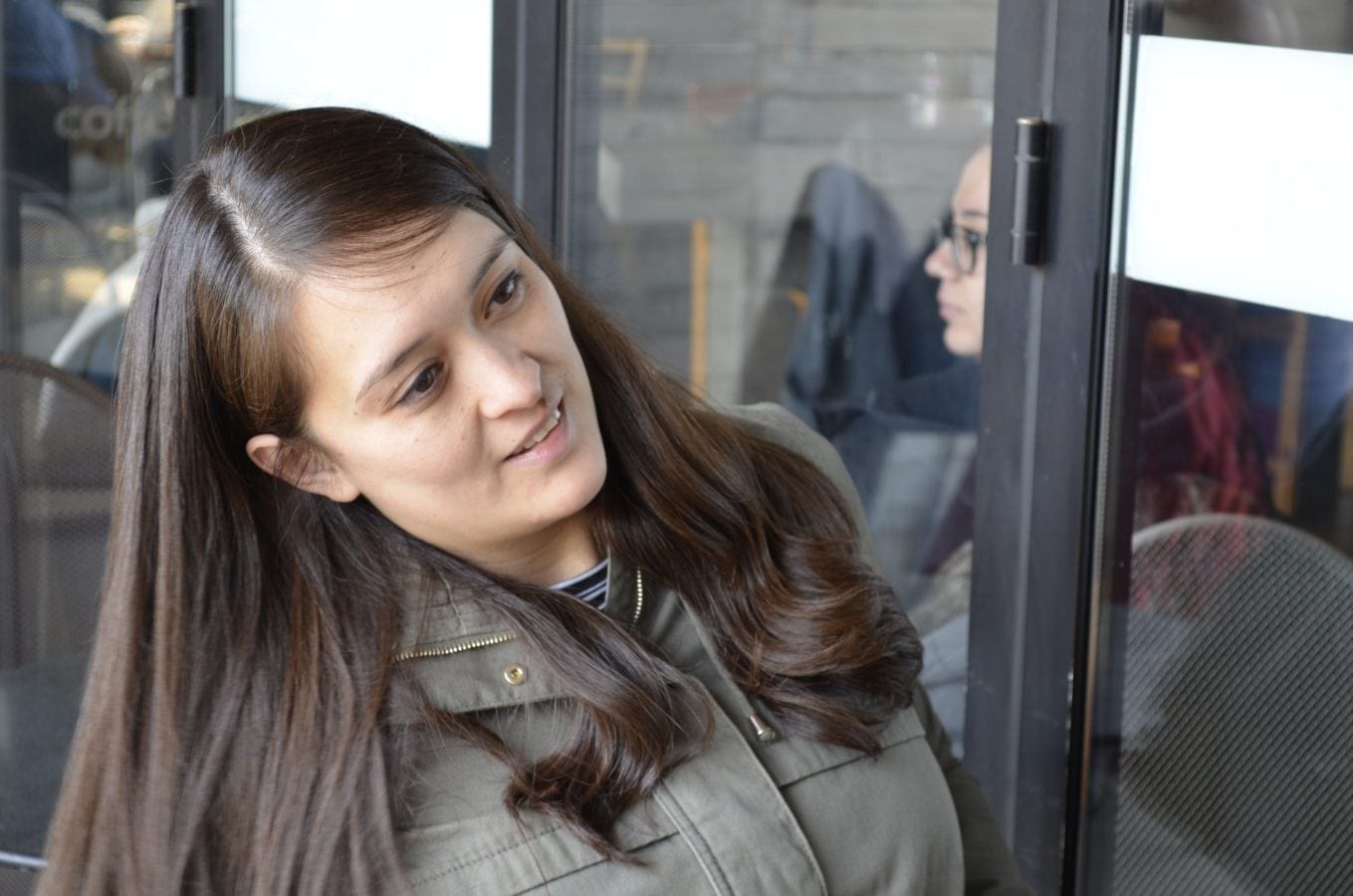 “Are you happy with your decision to freelance?” we ask.

“Sure, I have no regrets,” she tells us. “I was broke for a few months where I was making $100 a month but after I understood how freelancing worked, which was a new challenge in itself, the offers rolled in pretty quickly.”

“As a foreign correspondent in a non-English speaking country, the demand is pretty high, especially if you’re specialized in a beat that nobody else is covering on the ground. There’s so much going on in the economy, but there are very few freelancers writing about that stuff who actually understand the local society and economy. There’s a high demand for the topics I’m covering, and that’s why I chose it. Otherwise, I’d be covering North Korea and wanting to gouge my eyes out,” she says.

“But it’s when I first started to work in the media field here that I began to understand my value as a journalist – for me, working in this field isn’t about surviving or promotions. I learned that my work should be of value to society, that I should create something that will have a sort of impact for the greater good.”

“That’s what always drove my philosophy, and that’s the same mindset I see often in the entrepreneurs I cover in Korea,” Elaine tells us. “I don’t think I can really imagine doing anything else.”

For more information, follow Elaine on Twitter or sign up for Startup Seoul, a news digest that shares the most important developments on funding, moves, emerging startups, regulation, infrastructure, events and analysis on South Korean technology, startups, and cryptocurrency.

The next interview, to be published on June 24, will be about a Spanish chef and restaurant owner based in Seoul. Stay tuned every Sunday this month for “Expats of Korea.”

Yeji Lee contributed to this article.