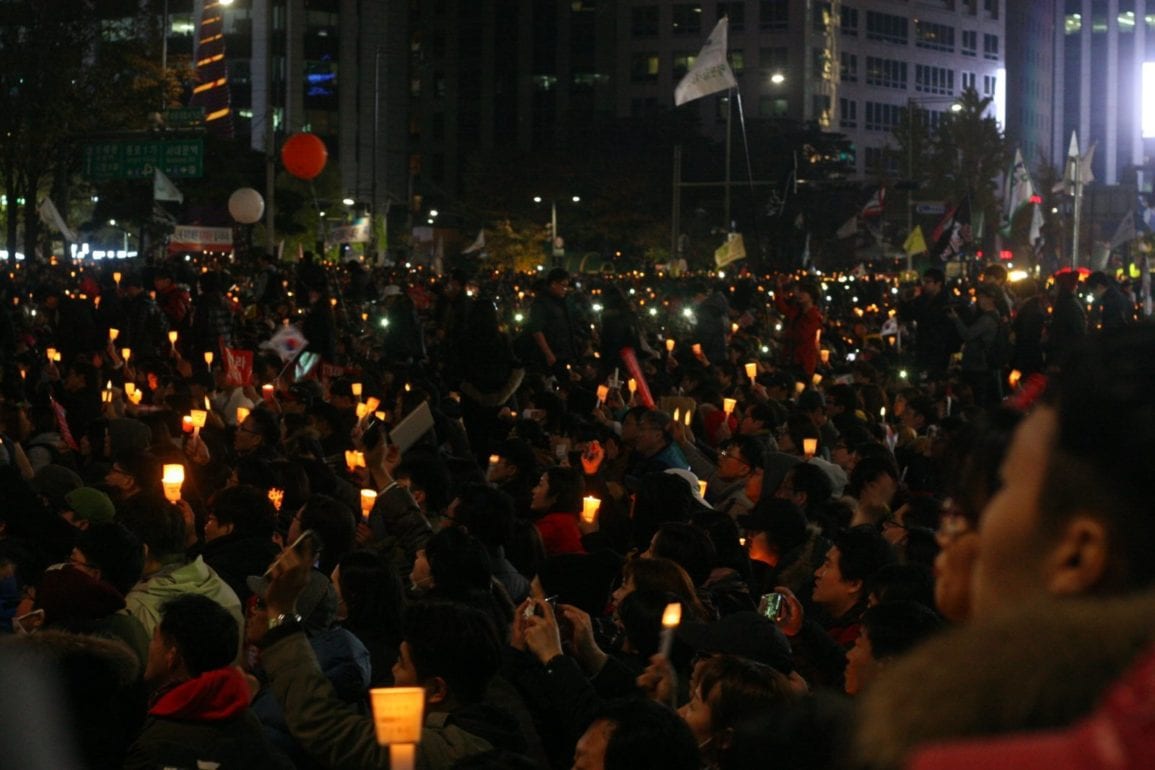 Hundreds of thousands of people rallied in downtown Seoul on Saturday evening to call for the resignation of President Park Geun-hye, who has been under pressure in recent weeks. Following allegations that she allowed a longtime friend and confidant, Choi Soon-sil, described by some commentators as a sort of quasi-mystical Rasputin figure, to interfere with government affairs.

Close to Park almost since the president’s childhood, Choi was allegedly permitted to mark up presidential speeches, give advice on the president’s clothing choices for meetings with world leaders, arrange admission for her academically unqualified daughter to the prestigious Ewha Woman’s University and oversee a US$70 million slush fund, and exert influence over the appointments of government officials.

The rally was the third time protesters have gathered near the presidential residence Cheong Wa Dae (Blue House) since the news broke, and was the largest so far, as well as the largest since the late 1980s.

Organizers claimed 800,000 participants and police put the figure at around 260,000. Protesters chanted “Park Geun-hye, resign now!”, sang songs, and staged a mock funeral for the president.

Some carried signs advocating peaceful protest, although the Korea Times reported that scuffles early on Sunday morning between protesters and riot police less than a kilometer from Cheong Wa Dae resulted in arrests and non-life-threatening injuries to both police and protesters.

Many in the crowd carried candles and sang songs, and the crowd included families with young children and push chairs. The mood could almost be mistaken for festive without the undertones of rage in the protesters’ speeches and chants. After the main rally ended, some protesters stayed behind to help with cleanup.

The protests reflect the public’s anger about the ongoing Choi Soon-sil scandal. On Monday, both President Park’s own Saenuri Party, the majority opposition Democratic Party and minority opposition People’s Party agreed to conduct a parliamentary investigation.”

The protest’s organizers say they plan to conduct another large rally in downtown Seoul on Saturday 19th, and every weekend until President Park agrees to step down.