8 Summer Music Festivals In Korea To Experience In 2017 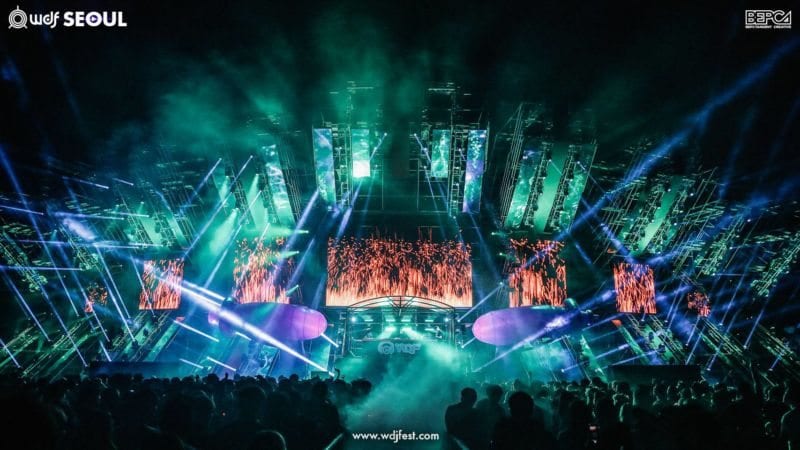 If you’re like me, you’ve impatiently been waiting for temperatures to crawl past 10°C, and constantly checking your weather app to see if there’s any sign of warmer days to come. Well, rest assured my fellow sun worshippers that time has now passed as spring has made its way.

With spring bursting into summer, comes, what I look forward to the most: music festivals. The relatively tiny country boasts massive cities like Seoul and Incheon, where you will find a variety of festivals to suit every taste in music. Here’s a quick break down of some festivals to tune into.

EDM lovers that are itching to jump into festival season, this is for you. Starting off soon is one of the biggest EDM festivals in Korea. Just like the name suggests, you’ll be seeing a number of DJs from around the world, including the big names like Alan Walker, Mike Perry, and Zeds Dead. This one is set for May the 13th to the 14th at Jamsil Olympic Stadium. One day passes will cost 77,000 KRW with two day passes selling at 105,000 KRW.You can check out the full lineup and more information on their Facebook Page or their Website.

You can probably tell straight off the bat that this one’s for those big on jazz. The Seoul Jazz Festival is a two-day fest that takes place at Seoul Olympic Park. Happening annually since 2007, you can catch some of the big names here. This year, festival goers can look forward to seeing headliners Jamiroquai, Dianne Reeves, Honne, among a score of others. You can check out the full lineup and more information on their Facebook Page or their Website.

If you’re big into EDM, chances are you’ve already heard of this one. This festival is a branch off the original, taking place in the biggest cities with the biggest DJs. For Seoul, it’s no exception.

Held at Seoul Olympic Stadium, previous years have seen superstar DJs like Avicii, Armin van Buuren, Afrojack, and Martin Garrix. Phase one lineup has recently been released and, this year will be no different with Alesso, Dash Berlin, Hardwell, Steve Angello, among plenty more. You can check out the full lineup and more information on their Facebook Page or their Website.

Okay, so this one’s not in Seoul or Incheon. However, just a couple hours or so south of the capital is the Valley Rock Festival where you’ll find a fusion of all sorts of genres of music as well as a variety of forms of art.

You can hear tunes from artists like Major Lazer, Gorillaz, Lorde, and Lukas Graham as well as dabble in a variety of arts and crafts. All this, set within the mountains at Jisan Resort, makes for a very ideal weekend getaway. Early bird tickets are already sold out with regular passes yet to be released. You can also buy your tickets by following this link!

Just an hour or so to the capital’s west is the metropolitan city of Incheon, where you’ll find one of Korea’s biggest rock music concerts. Having recently confirmed their dates, the Incheon Pentaport Rock Festival is headed back on the 11th to the 13th of August at Songdo Moonlight Festival Park.

Though having started in the late 90s, Pentaport Rock Festival really kicked off in 2006 and have since hosted a flurry of musical groups like Franz Ferdinand, Gossip, Kasabian, and Jason Mraz. Despite being a rock festival you’ll see a mix of genres on stage like The Prodigy, B.o.B, and The Ting Tings.  You can check out the full lineup and more information on their Facebook Page.

EDM or rock not your thing? No big. For all of you R&B, soul, and hip hop lovers, Seoul Soul Festival is where it’s at. As one of the largest festivals of its kind in Asia, the Seoul Soul Festival have hit the nation’s capital with headliners Maxwell, Tyga, Ty Dolla $ign, and BJ the Chicago Kid last year.

Although the lineup for this year has yet to be confirmed, you can be sure to look forward to a solid weekend of your favourite genres on September 16th to the 17th. Make sure you check in on their website for updates on venue, lineup, and ticket prices here.

Fusing a club experience with that of a full blown EDM festival is the World Club Dome. The event originated in Frankfurt, Germany as the “biggest club in the world” and is now expanding into Asia. Taking place for the first time in Korea, the festival is set to take place on September 23rd to the 24th at Incheon Munhak Stadium, giving partiers three full days with EDM superstars like Afrojack, DJ Snake, Martin Garrix, and Armin Van Buuren. Early bird tickets are on sale now starting at 160,000 KRW for two days and 200,000 KRW for three days. Check out the full lineup along with more details here.

Similar to the Valley Rock Festival you can hear a variety of genres at Spectrum like EDM, hip hop and k-pop. Last year’s lineup featured a flurry of DJs, hip hop artists and k-pop groups like Kaskade, Kid Ink, and SHINee. Though dates have not yet been confirmed, the festival is likely to take place this fall as it did last year. Keep checking back for updates on their website or their Facebook Page.

Know of any others? send us an email so we can add to the list!