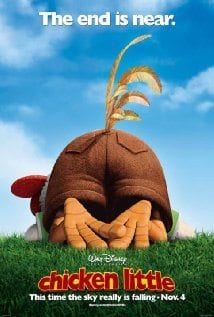 Sure, this outbreak is serious and needs to be dealt with, but it seems much of the media is playing the role of Chicken Little. MERS is not easy to transmit according to the WHO, which states, “The virus does not seem to pass easily from person to person unless there is close contact, such as occurs when providing unprotected care to a patient.”

The Elderly & Infirm Should Worry

It should also be noted that young or middle-aged people who are not already sick have much less to worry about. Of the 100 people who have contracted the disease in South Korea so far, only one is a teenager — in stable condition. Again, according to the WHO, “The virus appears to cause more severe disease in older people, people with weakened immune systems, and those with chronic diseases such as cancer, chronic lung disease and diabetes.”

The Death Rate is for Diagnosed Cases

In addition, the statistic that 1/3 of the people who get MERS die? False. This is only the case for reported MERS cases in Saudi Arabia. Obviously you’re more likely to get diagnosed with MERS when you’re already sick in the hospital, and those are the people who are most susceptible to the disease. This is likely one of the reasons the rate of death in patients who have contracted MERS in South Korea is only 10%. They’re just testing more people for the disease here.

So without further ado, here are the best examples of fear mongering regarding the disease. The list kicks off with media articles titled with questions — all of which can be answered, “No.”

9. THE FACT 라이프 asking whether MERS can be transmitted during the incubation period. Hmmmm, what could the answer be… “No.”

8. CNN asking whether you should be afraid of MERS. Answer: “Not really.” You couldn’t work that into the title? At least they were much better than The Guardian article of the same title which didn’t give a definitive answer and ended with, “If you worry too much, you would never go anywhere.”

7. The Kookminilbo asking whether MERS can be transmitted by mosquitoes. Results: “No.”

6. Social media turning this joke wedding photograph into a supposed scary photo showing fearful Koreans. It was a joke!

4.  CNN’s line, “The virus has struck the young and old. One of the most recent deaths is that of an 80-year-old man who was receiving treatment at a hospital in Daejeon, South Korea’s fifth-largest city.” Where are the examples of the young who have been struck by the disease? There aren’t any.

3. This claim by a Korean professor that The Korea Queer Festival would spread MERS.

2. The Korea Herald’s map of a blood-soaked world on a mask.

Everyone, be careful out there. Cover your mouth when you cough and if you’re sick, wear a mask to prevent transmission to others. Otherwise people, keep calm and carry on.

Seen more? Expand this list by sharing your examples in the comments.