The Hardstyle Martial Arts in Korea 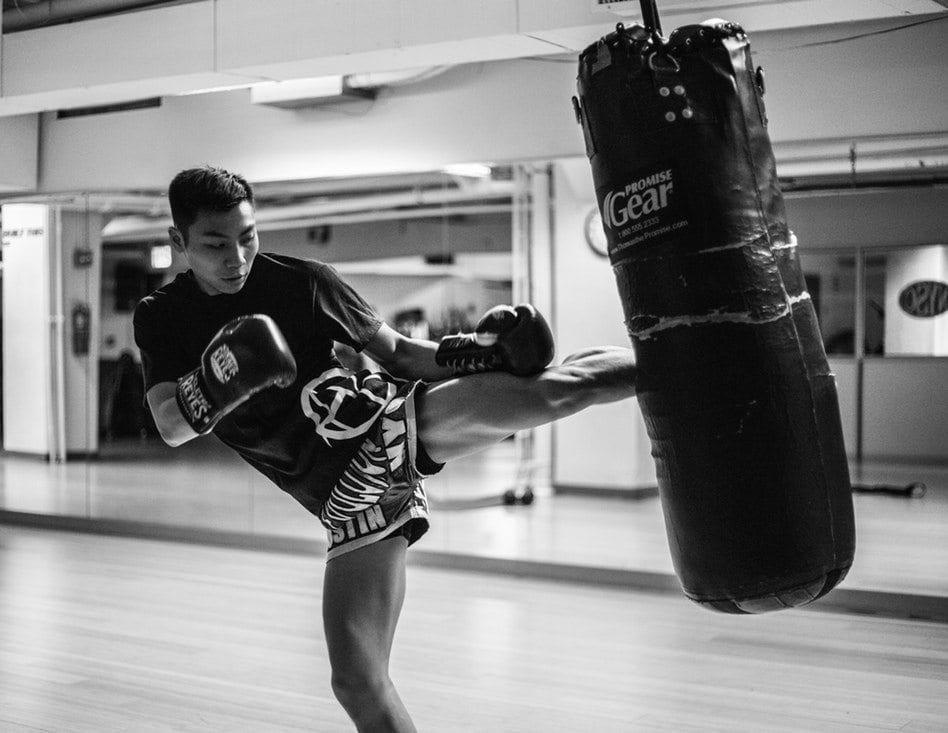 “How much can you know about yourself if you’ve never been in a fight?”

Martial arts tread the fine line between sport and mayhem. They prepare you to defend yourself by exposing you to danger, but not so much that you get hurt. Traditional styles train dance-like forms and sparring in a thick casing of foam pads, where victory is determined by points rather than actually overcoming an opponent. But when was the last time you studied a martial art where you had a hint of the uncertainty and exhilaration felt in a real fight?

Korea is known for its traditional styles like Taekwondo and Hapkido, but in the last two years, more dynamic hardstyle martial arts have started to gain popularity. Korean sport fighters are also gaining attention in international competitions like the Ultimate Fighting Championship, and opportunities to train in the effective fighting styles of Muay Thai, Brazillian Jiu-Jitsu, and the brutal sport of mixed martial arts are popping up all around the country.

What are the hardstyle martial arts?

Muay Thai kickboxing is universally acknowledged as the most devastating stand-up fighting style. It is known for its powerful knee and elbow strikes, which makes it particularly effective in the close quarters of a real fight.

Brazilian Jiu-Jitsu (BJJ) is a grappling style developed in Brazil and based on Japanese Jiu-Jitsu. The techniques used in BJJ are specifically designed to allow a smaller practitioner to overcome a larger opponent, making it especially useful for self-defense.

For those looking to get started, Anna Desmairais, owner of Body and Seoul Gym, recommends that beginners start off with either Muay Thai or BJJ. She also emphasized that safety is the number one concern of any good gym and that beginners won’t be allowed to spar until they have mastered the basic techniques.

The best place for foreigners to learn fighting sports is Body and Seoul Martial Arts and Fitness Gym, where Anna Desmarais has brought together a team of some of the best trainers in Seoul. Head instructor Peter Kim has been practicing Muay Thai for almost 15 years and was the lead stand-up instructor to the Evolve Fight Team in the US. Body and Seoul is the only Muay Thai gym in Seoul that offers English instruction.

Located in Itaewon, Body and Seoul’s classes are all in English, and they offer Muay Thai and grappling classes for all levels. For those who want to take their training to the next level, they offer MMA classes, as well as Yoga, Krav Maga self-defense, and conditioning. www.seoulmartialarts.com

The best places to learn Brazillian Jiu-Jitsu in Korea are John Frankl’s gyms. Frankl has been teaching since 1999 when he opened what is considered the first legitimate BJJ gym in Korea. He has trained with some of the biggest names in BJJ and is a competitive MMA fighter. His two main gyms are located in Apgujeong and Shinchon.

Approximately 30% of the gyms’ students are expats. Classes are offered at beginner and advanced levels, women’s-only classes are available, and both gyms have amazing facilities for grappling with extensive padded floor space. Visit the Shinchon gym online at cafe.daum.net/jbjj or the Apgujeong gym at cafe.daum.net/jfjj.

While Brazillian Jiu-Jitsu is itself a revision of a traditional Japanese style, another style called 10th Planet Jiu-Jitsu has sprung up in continuing development of the art. What this means for the interested trainee is that you’ll be learning techniques that are unorthodox in the Jiu-Jitsu world, which might give you an advantage over even a trained opponent.

10th Planet instructor Leonard Kim studied in the States and teaches in English and Korean. There are about ten foreigners that train there, and trainee levels range from beginner to advanced, with the occasional UFC hopeful. In addition to his Jiu-Jitsu credentials and numerous tournament wins, Kim is also a Korean amateur boxer.

The gym is located in Gachon University and also offers conditioning, boxing, and kickboxing classes, with an emphasis is on grappling. www.10thplanetjj.com/locations/seoul

Located in Busan, the heart of Korean MMA, Tozi Gym offers BJJ training to Koreans and foreigners alike. It provides English instruction and an all-English website and is generally very accommodating. The head instructor, Park Jun-young, was the first BJJ black belt in Korea and has won a number of gold medals in BJJ tournaments in Brazil.

There are around fifteen to twenty foreigners training at Tozi BJJ, with a 50/50 split between beginners and advanced trainees.

If you can handle all-Korean instruction, some of Korea’s competitive MMA teams offer training as well.

Toohon Jung Shim Kwan (JSK) JSK is a network of several gyms with the original gym being near Exit 4 of Saejeol Station (Line 6).

While some gyms offer protective gear, plan to purchase your own eventually. Two items you cannot, and won’t want to, borrow are groin protection and mouthguards. The main source for martial arts gear in Seoul is Isami near Dongguk University. www.isami-seoul.com/html_map.html

———
The author would like to add the following correction: John Frankl is a former competitive fighter, but has since retired from MMA competitions.
———

Khaled Allen has been living in Yongin since November 2011, teaching English and fitness. He spends his time hiking and studying self-defense, and has just finished a book on healthy living. He writes about adventure and overcoming challenges at khaledallen.com and tweets at @khaledcallen.