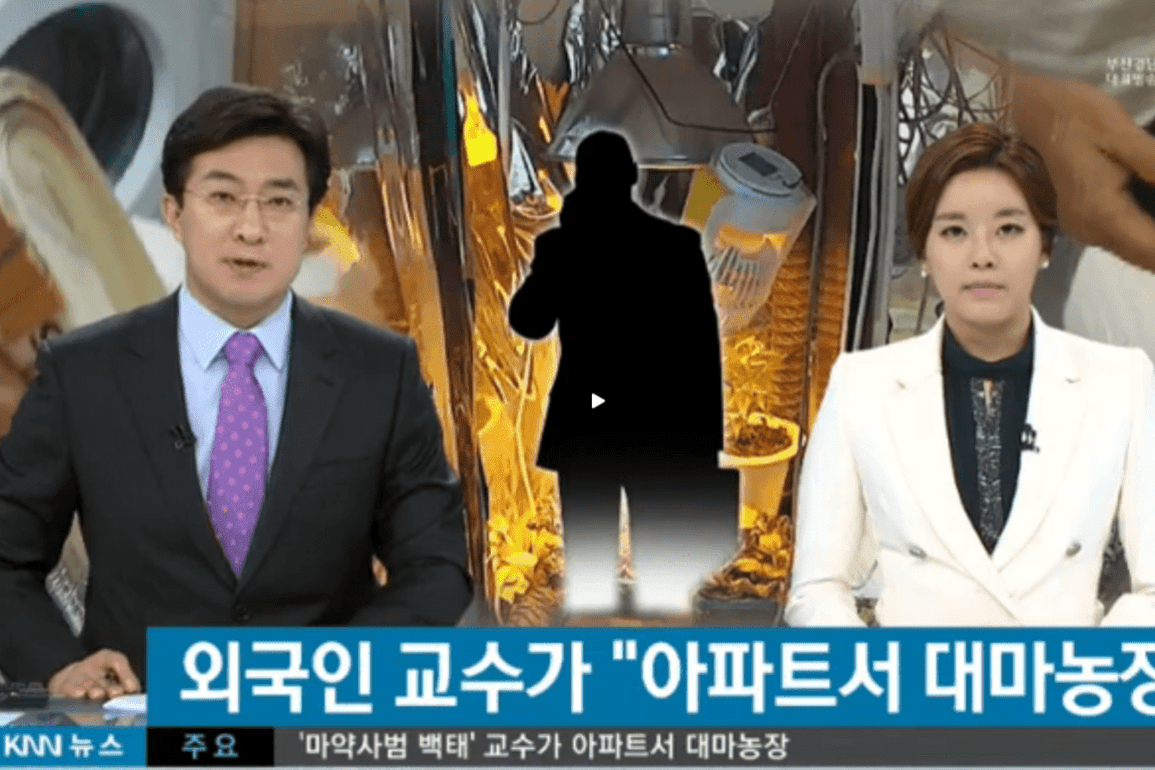 A 47-year-old Canadian expat was recently caught growing four marijuana plants in an elaborate set up on his balcony, which allegedly included facilities like a ventilator, electric heater and reflecting plate.

The arrest was part of a larger crackdown by the Busan Police Agency that saw a total of 42 people booked on charges of possessing and/or selling illegal drugs, and has gained traction across Korean media – but the headlines seem to consistently focus on only one of the arrests: the foreigner.

Expat blog Gusts of Popular Feeling has published a post detailing the wide-ranging Korean media conflation of several unrelated drug busts into one story, thereby leading readers to assume that a foreigner was at the helm.

The blog post titled, Partner-swapping meth-heads and Canadian pothead with 4 plants caught; guess who gets more coverage? is meticulous in its review of dozens of reports in both English and Korean media, in which the author says the Canadian arrested has been unfairly characterized.

“11 out of 25 of the articles mention the foreign professor in the headlines, but the 41 other people barely register, and only 7 articles mention [that others were arrested] in their headline,” he says.

Gusts points out that not only did the arrest of a foreign national for a few marijuana plants receive excessive attention, but that many of the reports were deliberately confusing and seemed to link the foreign resident to crimes committed by Korean citizens.

In particularly, many reports led with the Canadian’s arrest but then moved onto secondary stories such as the total amount of drugs seized and a Korean couple who engaged in partner-swapping whilst high on meth.

However, the author points out that some of these reports presented the information in a way that was confusing and even implied a connection between the Canadian and other arrests made.

Expats on social media reacting to the post were incensed.

“The more important story and more serious crime was turned into a footnote. Instead they went with the devilish foreigner corrupting Korea spin as they usually do in these cases. Shame on them, but good on Gusts of Popular Feeling for getting to the bottom of this for us,” commented one Facebook user.