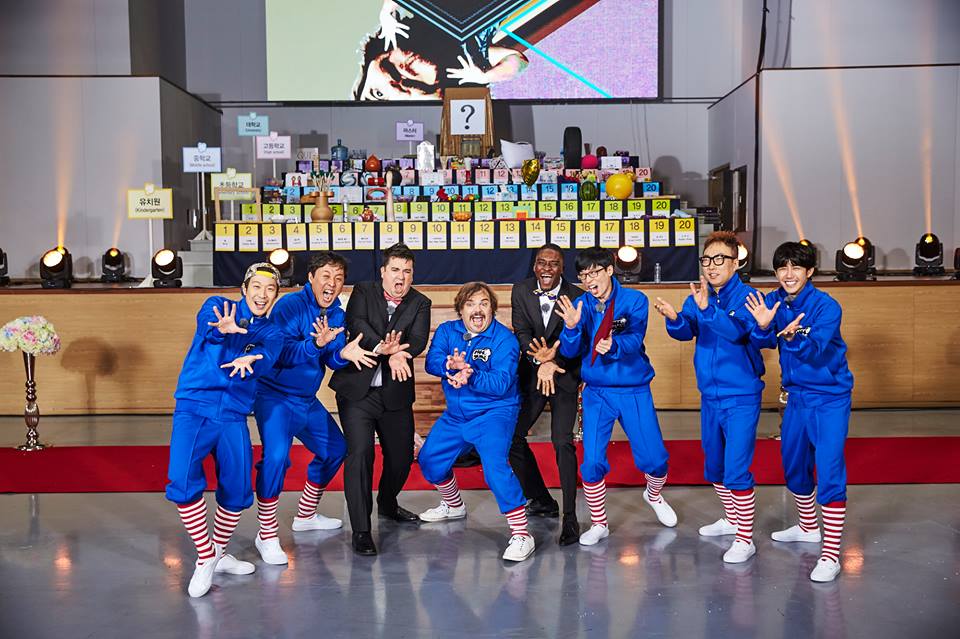 “I accept the Infinite Challenge!” Jack Black uploaded a message on his Facebook account with the picture taken at the show with the crew members.

In the photograph, Jack Black and the crew members are making the signature pose of the show wearing blue training clothes and red and white striped stockings.
In a 30-second preview for the episode, titled “School of Variety,” you can see Jack Black and the crew members partaking in pillow fights, balance contests, food eating contests and more. The Hollywood star makes tiny hearts with his fingers and says “쩔어” which means “Cool” in Korean. He also performs “Gangnam Style” with the cast crews. 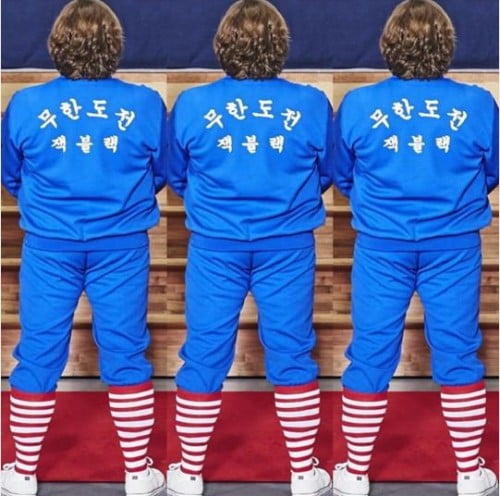 “Infinite Challenge” is Korea’s all time favorite entertainment program that has been airing for more than 10 years. It has hosted Korea’s most popular celebrities and international stars such as Maria Sharapova, Thierry Henry, Paris Hilton, and MC Hammer.