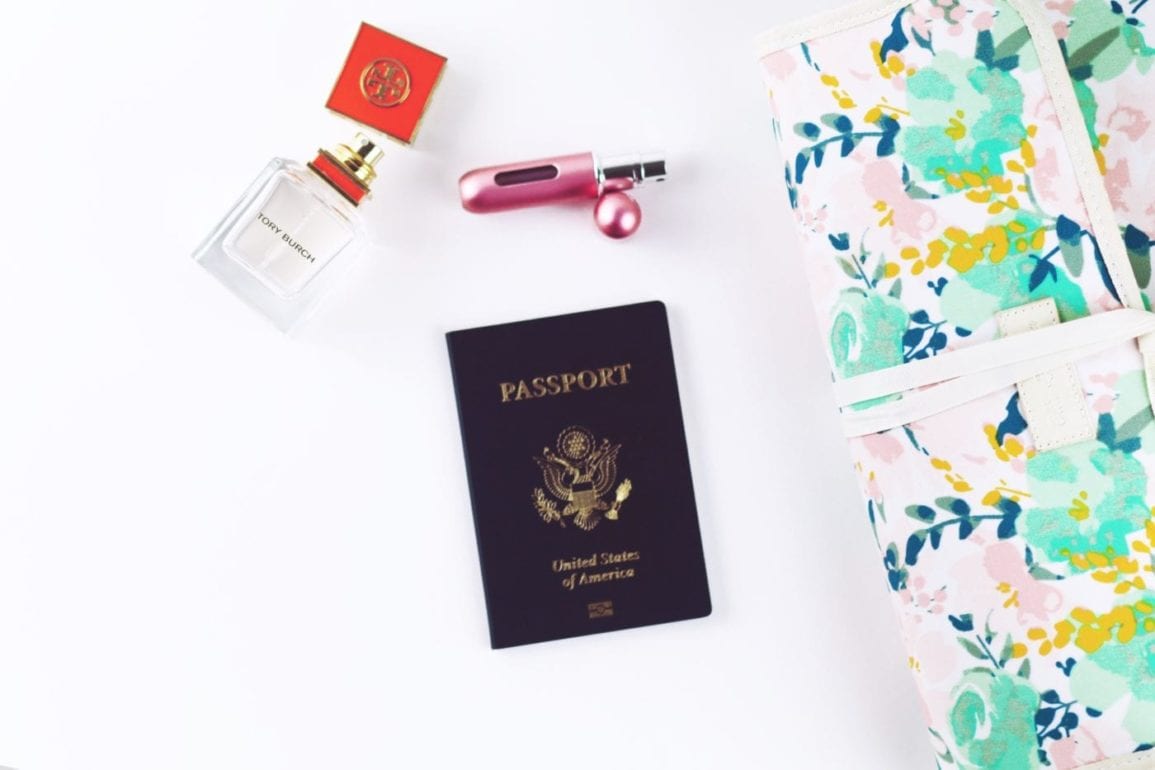 Join 10 Magazine Assistant Editor David Carruth as he explores the mysteries of the Korean visa system.

Unless you somehow managed to slip into Korea on a raft or made the very long swim from Tsushima in Japan, it’s very likely that you’ve gotten cozy with Korean immigration. And unless you’re one of the short-term visitors taking advantage of the visa waiver program that Korea has with countries like the US and Canada, it’s also very likely that you have a visa.

By visa, of course, I’m referring to the stamp in your passport that indicates you are authorized to enter and reside in Korea for a specified purpose, for a specified period of time. No doubt, you’re all too familiar with the visa that you hold and its limitations. English teachers stay on top of the frequent changes to E-2 visa regulations (see below), and students know what’s up with their D-2. But with a system as complicated as visas in Korea, most people don’t know more than a few of the letters swimming in this alphabet soup. Truth be told, it can be hard to get consistent answers from immigration. Like most bureaucracies, the rules are many and the phone lines are few. It’s quite possible to hear that you need six documents one day and find out that you need seven when you arrive to process your application. Adding to the confusion is the fact that the rules change all the time. For example, even a two-year old website explaining a visa run to Japan might not be reliable.

Despite the uncertainty, 10 has gone to the trouble of answering your questions and satisfying your curiosity about the strange world of visas in Korea. The next time you hear people arguing about the difference between an F-2 and an F-4 or whether or not it’s possible to get a permanent residence visa in Korea, you know where to look.

With more than 92 different categories of visa in Korea, I’m just going to give you the abridged version. Besides, some of the visas are so particular that there are no more than a handful of people to which they apply. Stick to the ones below, and you can be the go-to guy or gal when your friends start getting their visas mixed up. Take a look at the number in parentheses to compare the number of visa holders as of this past May (the last month for which statistics have been released).

If you hear about an A-1, A-2, or A-3, you’re probably dealing with embassy staff or a government official. Think cocktail parties, nuclear negotiations, and diplomatic immunity.

These short-term visas serve a number of purposes:

Helpful Tips to Save You a Headache

1. Make a reservation at hikorea.go.kr before showing up at the immigration office unless you really enjoy sitting in a stuffy waiting room for hours on end.
2. If you need to call immigration, do it shortly after they open at 9 am to guarantee you get through.
3. It is, in fact, possible to get legal work in addition to your primary job, but you’ll need the approval of your boss. Note that the final approval rests as always with immigration.

No one knows more about fickle visa rules than English teachers who have been living in Korea for a couple years. The last big visa brouhaha was in 2007, when a media frenzy was sparked by the discovery that a convicted child molester had been teaching in Gwangju. This resulted in calls for stricter screening of foreigners, and immigration instituted stricter regulations including a mandatory criminal background check and medical check.

And now it’s is happening again. Just last month, an English teacher in Daegu fled the country under accusations of molesting his students. It’s probably no coincidence that a few weeks later, media sources including a Korea Times article on July 12th reported further tightening of E-2 visa regulations. When I got in touch with the immigration official responsible for the E-2 visa, I was informed that there will be five major changes. Interestingly, some of the changes will actually make things easier for teachers:

1. National criminal background checks will be required instead of state or local checks.
2. You will have to have your diploma verified as legitimate before submitting your documents to immigration.
3. The mandatory medical check will be changed to include a test for cannabinoids (which indicate marijuana use).
4. There will be a three-month period during which teachers changing jobs won’t have to submit the same documents.
5. The one-year period of sojourn will be extended to thirteen months so that teachers who arrive in Korea before their contract begins won’t have to leave before the official end of the contract.
To see the official announcement, visit hikorea.go.kr.

Becoming a Lifer in Korea

On average, foreigners in Korea don’t plan on making a life of it here. Whether it’s a few weeks backpacking through, a year chasing kids around a classroom, or a few years managing a branch office, there’s usually an end point in sight. But some expats who become comfortable with life here decide they would like to settle down. The problem is that the restrictions on your visa make it hard to control your career, and you can only be sure of one year at a time.

Plus, there are the frustrations of mobile phone and internet companies that often can’t or won’t let you sign a contract with a short term visa. This was especially frustrating to many foreigners who found themselves unable to get an affordable plan (or any sort of plan) when the iPhone was released earlier this year. Aren’t there any permanent residence options for responsible, hard-working, law-abiding folks who just love Korea too much to want to leave?

The good news is that there are some options. If you’re planning on remaining in Korea for a long time, you may want to start looking into the F-5 visa. A variety of people can apply for it, including spouses of Korean citizens (F-2), ethnic Koreans (F-4), and those employed under the E series of visa. The benefits are significant, essentially freeing you from the limitations of your previous visa. With an F-5, you can stay in Korea even if you get divorced (unlike an F-2), you can work where you want without worrying about visa sponsorship (unlike an E-series visa), and you don’t have to reapply every year (unlike an F-4). After two years on the visa, you can even vote in some elections.

So how do you get it? Recent changes in the laws mean that both F-2 and F-4 visa holders can apply after two years on those visas. Certain professionals in the E series are eligible after three years, while teachers and professors have their shot after five consecutive years in Korea on the same visa. The visa regulations also include a financial condition. You have to make twice the Korean GNI per capita (currently near $20,000 US). In a hurry? You can also nab an F-5 with no delay by investing $500,000 US in Korea and putting at least five Koreans to work, but we kind of doubt most of you are up for that.

Update: the point system method of applying for the F-2 visa has recently become considerably easier. Please contact immigration for an update on the requirements.
In a country where your career is to a large extent determined by your scores on the Suneung (college entrance exam) and TOEIC (English exam), it’s not especially surprising that permanent residency can also be determined on a point system. The most recent addition to the visa system is the F-2-7 visa (originally titled the F-2-S) which was officially announced this past February. This visa is intended as a way for skilled foreign workers (in the E series of visas) who have demonstrated their interest in and value to Korea to achieve permanent residency.
Successful applicants must earn at least 80 points out of 120 on a scale based on education, Korean ability, age, and income among other things. An applicant who is 30 years old (25 points), earning 30 million won a year (5), fluent in Korean (20) with a master’s degree (20) and two years of volunteering experience (10) would have the 80 points necessary to qualify. Clearly, this requires careful planning and diligent effort, and the average expat in Korea wouldn’t qualify immediately. One thing to keep in mind is that the F-2-7 is still a pilot program and as such will likely change in the next year or two, which could make it easier (or even harder) to qualify for.

It’s a hot summer afternoon and you blink away the sweat as you race across the airport tarmac in Osaka, Japan. Documents in hand, you have until tomorrow to complete your mission. This isn’t the setup for the latest Tom Clancy novel, but the experience of many an expat in Korea who has to step out of the country for a couple of days to complete the paperwork for a new visa. Just why it’s so necessary to leave a country to change your visa is anyone’s guess, but how it’s done is fairly straightforward. First, choose your city. Osaka by plane or Fukuoka by ferry from Busan is probably your cheapest and safest bet, but those are far from the only Korean consulates around. Next, get together the necessary documents. Check with immigration and your employer on this. Finally, give yourself at least two days. You should be able to pick up the visa the day after you submit your documents.

When you have a visa question that isn’t covered here, your first step is to drop by immigration’s home on the web at immigration.go.kr or hikorea.go.kr. Next, you can call the immigration hotline at 1345 (02-1345 on a cell phone). Finally, you can visit your local immigration office in person. See below or refer to the immigration website for a complete list of locations.

Daejeon
16-8, Jungchon-dong, Jung-gu.
Located across from Sun Hospital, a bus ride away from Oryong Stn.

Jeju
673-8, Geonip-dong, Jeju-si, Jeju
Get off the bus at Jeju Girls’ Commercial High School and walk about 5 minutes.