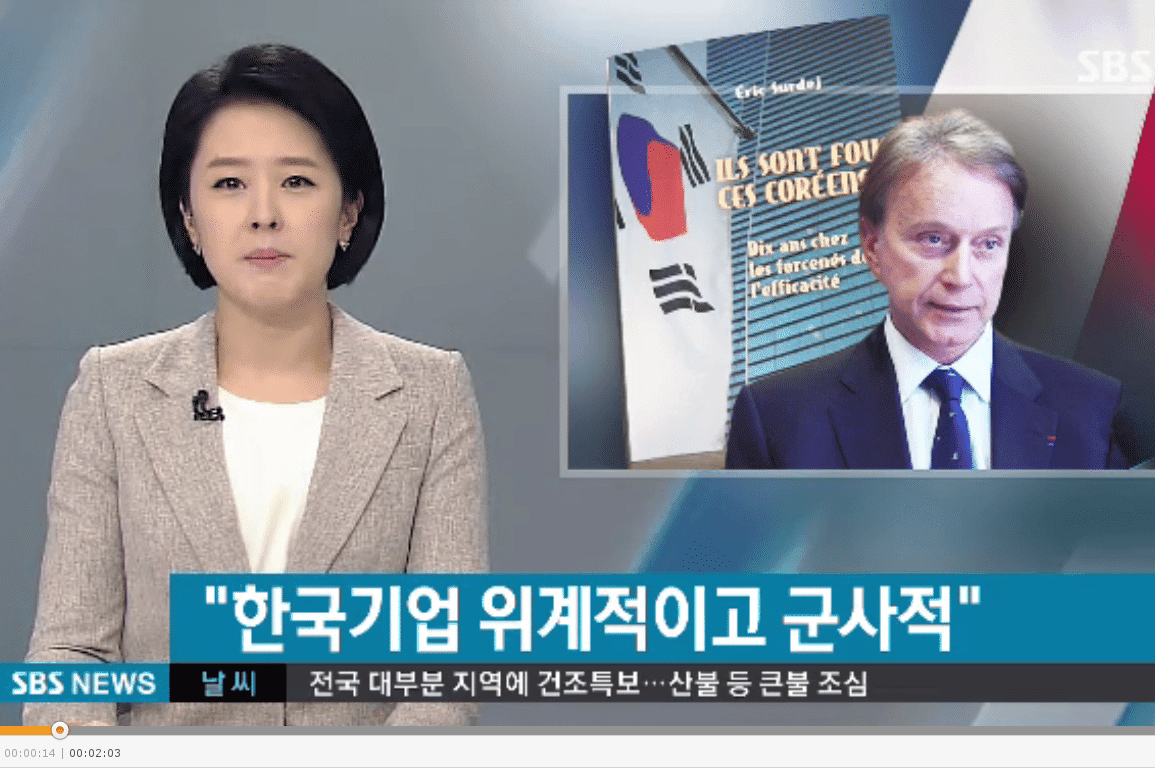 SBS caught up with the former head of a major Korean chaebol in France who has just published a book outlining his experiences. “Ils Sonts Fous Ces Coreens” is by Eric Surdej, and having worked at both Toshiba and Sony, he makes a point of saying that the Koreans are different from the Japanese in working style. While he stresses that the stories are based on his own limited experience of the company, he says that he found them to be, “extremely hierarchical and militaristic.” 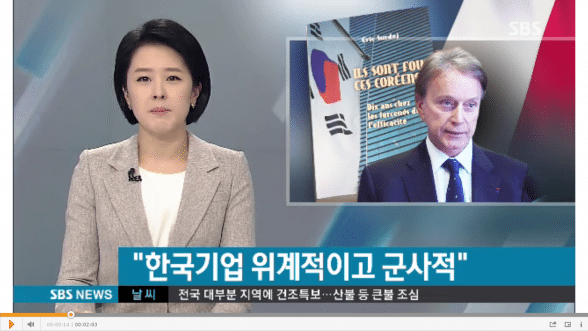 The the report goes on to discuss some instances while working there, particularly extreme instances during visits from the chairman. The staff once had a department store clear out rival products and put in their products – including some weren’t even sold at the store – in advance of a visit from the chairman. On another occasion, a staff member took a picture of the chairman during a speech and the next day they were told to fire the employee.”The chariman is like a god,” he recalls.

Some critiques were common to a degree in other high-pressure workplaces as well – although perhaps not in France, where the work week is only 35 hours long. They worked 10 – 12 hour days and got only 40 minutes for lunch at the cafeteria.

Others weren’t. Meetings had very little interaction and were simply focused on reaching financial targets. Senior members verbally berated and threw things at subordinates – in once instance a chair was thrown.

For those of you who speak French and/or Korean, here is the report: