6 Reasons To Visit the Gyeongpo Beach Beer Festival This Weekend 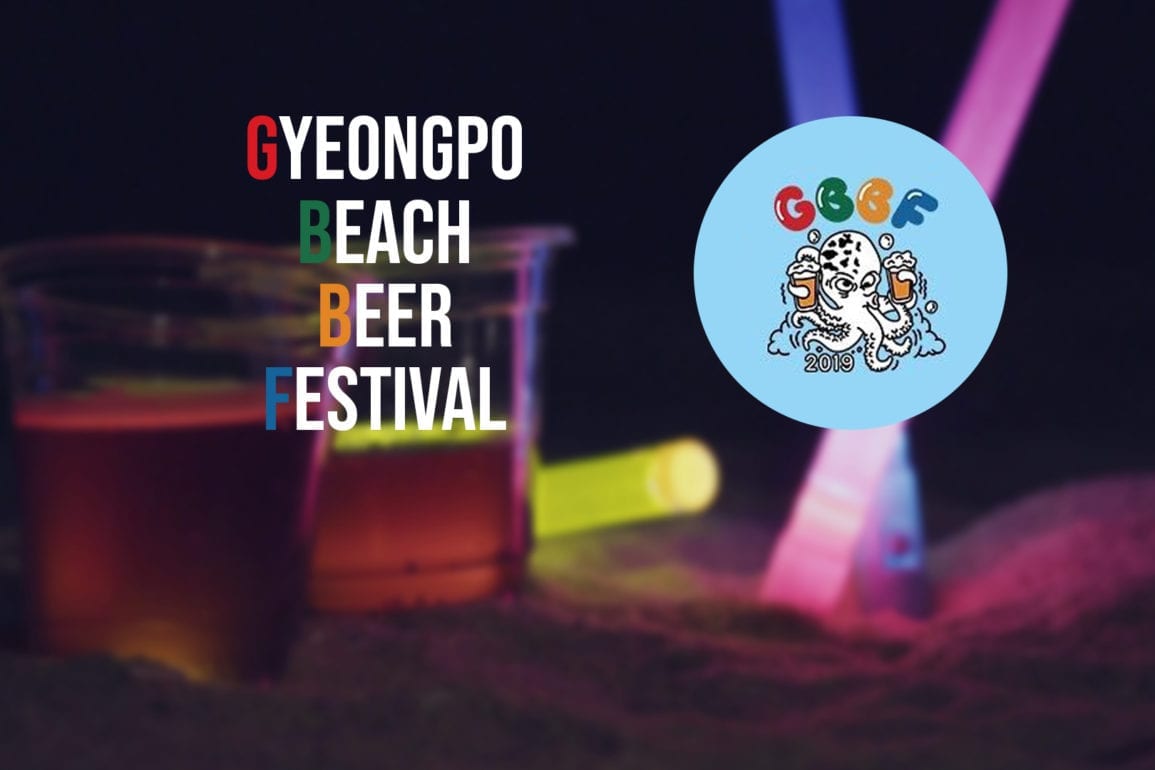 The Gyeongpo Beach Beer Festival is happening this weekend from Friday, July 12th to Sunday, July 14th. The first of its kind, this festival will introduce you to several Korean craft beer breweries and is dedicated to saving the environment by using PLA cups that will harmlessly dissolve into the environment once broken down. You can check out more details at the 10 Directory, or at the Facebook event link here.

Below we list 6 reasons you must spend this weekend at Gyeongpo Beach Beer Festival.

The heat was almost unbearable last weekend, with many of us receiving heatwave warnings through our phones and other media devices. For this weekend, why not escape from the sizzling concrete to Gyeongpo Beach? Located in Gangneung, Gangwon-do, there are many pine trees planted along this beach, providing cool shade from the hot sun. With trees and wind from the coast, this is the perfect refuge from the hectic inland nature can provide.

Music on the Beach – Busking and DJ party

What can be better than listening and grooving to some music while tasting all kinds of beer and eating some delicious food near the beach? Listen to some busking performances from people who love to perform music on Friday and Saturday. The Gyeongpo Beach Beer Festival also shakes it up by having organized a DJ Party scheduled after 6PM, Friday and Saturday. The DJ stand is set up near the shoreline, where you can splash around in cool waters while holding a cup of beer in your hand!

Ever heard of frisbee golf, or beer yoga? The Gyeongpo Beach Beer Festival is bringing one-of-a-kind activities so that participants can enjoy the weekend with more than just drinking beer and listening to music. Similar to the traditional game of golf, score points with frisbee golf by successfully aiming a frisbee disk at the designated target. Your performance will be graded from how many throws got you to your goal. Beer yoga is exactly what it sounds, combining beer and yoga. Beer yoga has recently gained much popularity, and the beach is the perfect setting to relax and try it out.

The Gyeongpo Beach Beer Festival is bringing you yet another unique activity – chaekmaek (책맥). Many of us may be familiar with chimaek (치맥), which is a popular combination of eating chicken and beer (맥주). Chaek (책) means book in Korean, which means that this chaekmaek activity is “book and beer,” encouraging you to enjoy reading books while drinking beer.

The Healing Zone is a designated zone of the festival with a concentrated area of pine trees. It is for those who want to experience a relaxing environment, providing the perfect place to read and drink.

And Best of All, “Almost Plastic Free”

For those of you who have attended any kind of food or drinking festival, the venue is usually filled with plastic waste from the plastic cups that are commonly given out. In order to protect the beautiful beaches, seas, and pine groves, the Gyeongpo Beach Beer Festival is committed to organizing this event’s concept as “Almost Plastic Free.”

For the duration of the festival, the organizers have decided to use PLA cups. PLA stands for Poly Lactic Acid, which is a plastic substitute made of corn starch and breaks itself down within 6 months to one year without leaving substances that are harmful to the environment. All participating breweries are committed to using the PLA cups.

In addition, BYOB (bring your own bottle/tumbler) if you can! For any tumbler that holds less than 500ml, the breweries will fill your container with the purchase of their beer. The PLA cups that are provided at the festival are 340 ml.