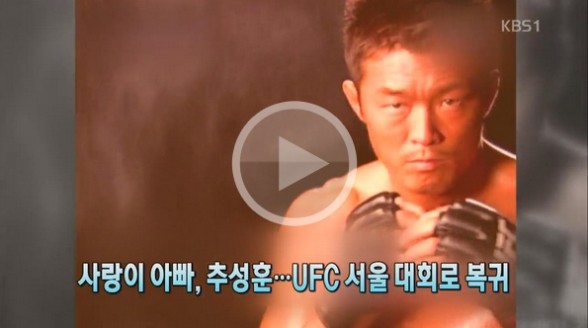 IT’S TIME! Or it will be, on Nov 28th for the first UFC Fight Night scheduled on Korean soil. Set for Seoul’s Olympic Gymnastics Arena, the initial lineup is rumored to include local favorites Dong-Hyun Kim and Sung-hoon Choo, with the latter better known lately as a doting father on reality TV than as an MMA fighter. The tentative main card will be a five-round welterweight bout featuring Thiago “Pitbull” Alves vs former lightweight champion (and half Korean) Benson “Smooth” Henderson. Tickets are set to go on sale at interpark.com from September 8 with prices as yet unannounced. What need not be announced, however, is that one of the best places (other than in person) to watch the matches will be the Upper Deck in Gyeongnidan, which is Seoul’s only dedicated UFC venue and sponsor of Korean-American fighter Michael Ahn.