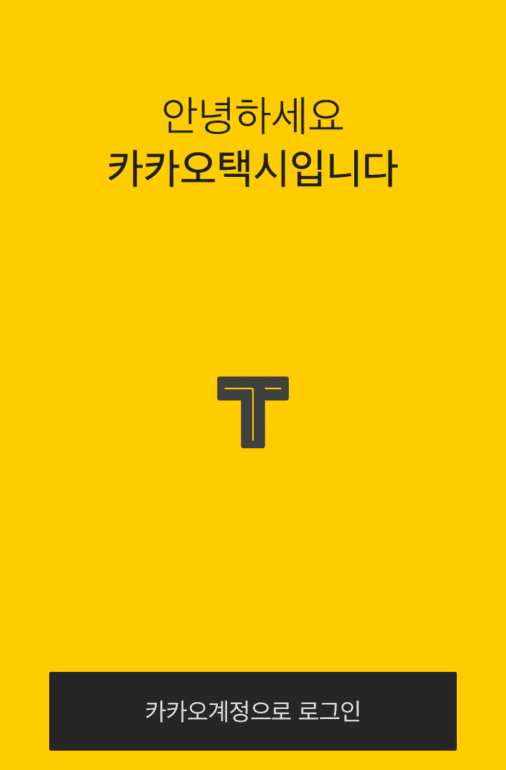 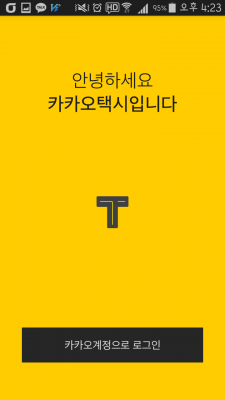 Earlier this year, UberX ran into legal troubles as their ride-sharing service was deemed illegal by the Korean government and those caught working as UberX drivers were subject to fines. Eventually, Uber Korea decided to acquiesce to the governments demands and suspended all UberX service until an agreement could be reached. Now, Daum has launched their own app, KakaoTaxi, which will allow users to hail a cab, pay for their ride, and write a review about their driver all on their phone.

In order to avoid similar legal barriers, Daum worked with the Korean National Joint Conference of Taxi Association, the Seoul Taxi Association, the Federation of Korean Taxi Workers’ Union and the Korean Taxi Workers’ Union to make agreements that would help benefit both parties. KakaoTaxi will only be utilizing licensed taxi drivers and will also have a modicum of government support through a deal with the subway card manufacturer, Korea Smart Card Corp., to have access to their payment system for use with the app.

Like the Uber app, KakaoTaxi allows for hailing a taxi based on the customers current location and where they want to go, seeing information about the taxi and the driver, and for sending/receiving location pings to let the rider or their friends know what their progress is. The app also has a system where the passengers can rate their drivers, and the drivers can also rate their passengers.

The release of this app by Daum is seen as a part of the movement for SMS apps to become more fully-integrated into the lifestyle of its users. Other messaging platforms, such as LINE and WeChat, also allow their users to perform daily tasks from ordering food to paying their utility bills.

How to Use KakaoTaxi

Unfortunately, this app is only available in Korean at the time of this writing, but it is still fairly simple to use. 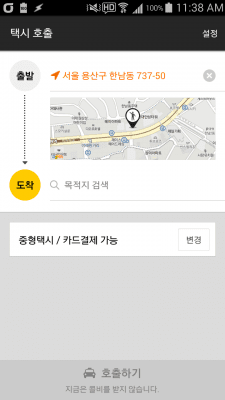 Step 1: Open up the KakaoTaxi app on your phone. The app will automatically locate you with your phone’s GPS and will display your current location at the top. Simply press on the text field next to the yellow circle labeled “도착” 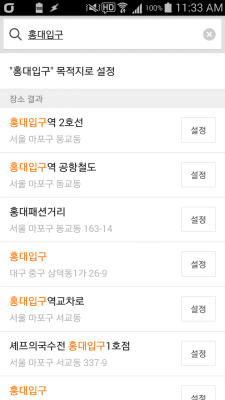 Step 2: Type in your destination (in Korean). The app will automatically bring up a bunch of locations related to the area you typed. Select the preferred destination (in this case, Hongik University Station) by pressing the button next to it labeled “설정” 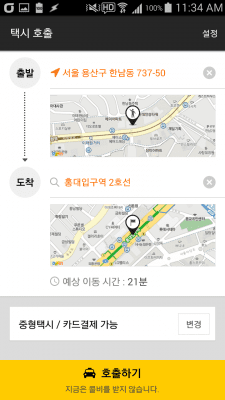 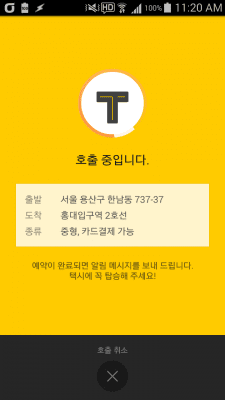 Step 4: Searching… (you can cancel the search on the bottom) 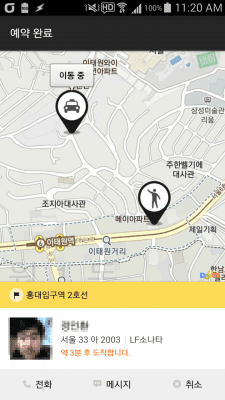 Step 5: Once you are matched with a taxi driver, their photo and information will appear on the bottom. You will be given a live ping of their location. At the bottom, you have the option to call them, send them a message, or cancel. Contact the taxi driver, and they will come and pick you up! Any messages you exchange between the taxi driver will be erased upon completion for security purposes. The ride can be paid for with cash, credit/debit card, or with a public transit card (like T-Money).

For more information, visit the KakaoTaxi app page (Korean), read the official press release, or take a look at this Q&A with Daum Kakao