Cycling in Seoul: from Rentals to Bike Shops 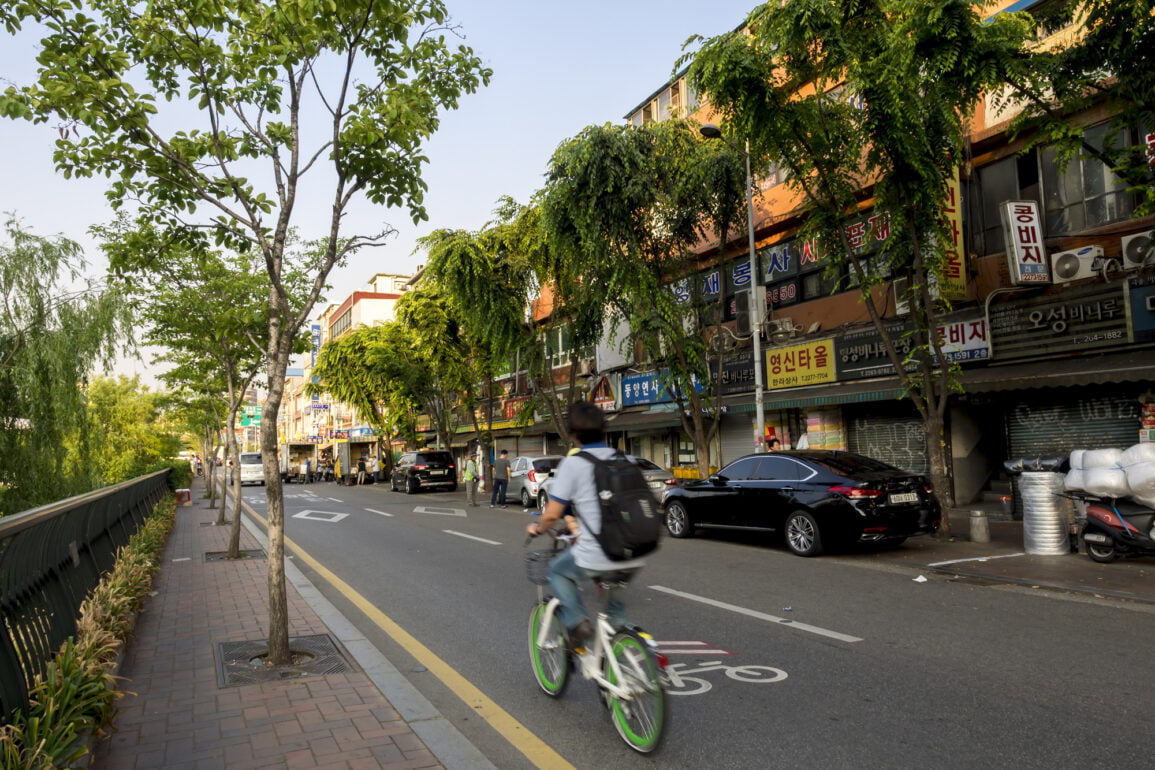 While Seoul may not be as amenable to riding bikes as some other major cities, there are still plenty of opportunities for adventurous cyclists. Cycling in Seoul can be a fun and rewarding activity if you fall into it.

Every day, Seoulites choose to pedal a bike in the second largest city in the world. Cycling in Seoul is not only a means of transportation, but also a popular pastime for all ages, and Seoul is very accessible via bicycle. It should be noted that cycling here may be quite harrowing when compared to other international cities. As a former resident of New York City, I found the streets here to be in poorer condition generally, and the drivers to be more aggressive and pay less attention to pedestrians and cyclists alike. That said, hundreds of thousands of cyclists take to the streets every day, and if you’re feeling up to it, there are plenty of opportunities to get involved in cycling.

For the leisure cyclist, bicycle rentals are available all along the Han River path, and include everything from a 20” wheeled bike with training wheels for your tot to a multispeed cruiser that is the typical choice for a native Seoulite. Also readily available are tandems and some nicer geared hybrid-style bikes, although these will cost a bit more. Expect to be charged around W3,000 to W5,000 per hour, though typically the rental places seem to be pretty lax about return times. If the river path isn’t your thing, bike paths line many main roads (they are a part of the sidewalk, separate from the street and typically lined in green), but don’t expect pedestrians to give you a second or even first thought.

As with much of the rest of the world, many young people have begun to pay attention to the fixed gear subculture of cycling in Seoul. While many of the fixed gear riders here focus on freestyle riding, there are several boutique shops that can service all your fixed gear needs, notably LSD (lsdbikes.com 070-7581-4325) by Yaksu Stn. (lines 3 & 6,) and Byclipse (02-322-2428) by Hapjeong station (lines 2 & 6) near Hongdae. Foreigners interested in fixed gear riding will find these shops staffed and patronized by people willing to go for rides and hang out, and they are great places to get involved with the growing Seoul fixed gear community.

While most of what a cyclist will need is available here, it should be noted that much of it is significantly more expensive than the prices offered in shops in the US or Europe, where many of the brands and manufacturers are based. Surprisingly, I have found little in the way of “unique-to-Korea” items of any interest in the bike shops I have explored around the city.

Certainly, there are a few Korean-based companies, but their products are hardly inspired and much of the time are complete knock-offs of existing internationally marketed products. For your high-end needs, check out Bikeland near the Costco by Sangbong Station (line 7 and Jungang line), but expect to pay a hefty premium. Otherwise, almost every neighborhood has a bike shop that you just need to get out and find. Don’t expect a big sign or anything except bikes in the window to tip you off.

Information regarding cycling for foreigners is often hard to come by—most Korean cyclists ride bikes as a means of transportation, and fewer have the finances or the desire to engage in cycling as a pastime. Don’t be discouraged! As a newcomer to Seoul, I found that social media was often the best source of information and specifics regarding where to go for cycling needs. As cycling increases in popularity, more and more people foreign and native alike are looking for the same information, and it’s out there. Ride safe, and keep the rubber side down!

If you like biking, have a look at our guide to using the Seoul Citywide Free Bike rental system.