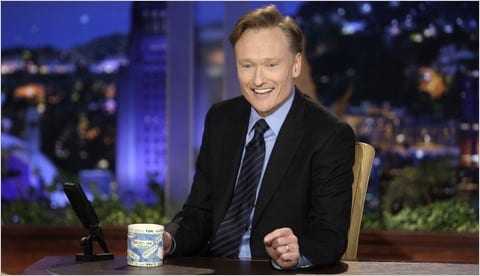 Conan O’Brien’s recent visit to South Korea is set to air on a special extended episode of the late-night show, Conan, this weekend! TBS announced the episode, “Conan in Korea” will air on Saturday, April 9 at 11pm.

Conan made headlines when he visited South Korea in February after a local fan sent him a letter saying she spent more time watching Conan on Youtube than studying — she also sent him a package of snacks.

The upcoming episode will follow the talk show host’s adventures with Korean-American Walking Dead star, Steven Yuen. The two visited the Korean Demilitarized Zone and the Joint Security Area amongst other destinations around the country. Conan also made his K-drama debut and teamed up with J.Y. Park in a K-Pop video.

Catch highlights from the show on the Team Coco website next week!