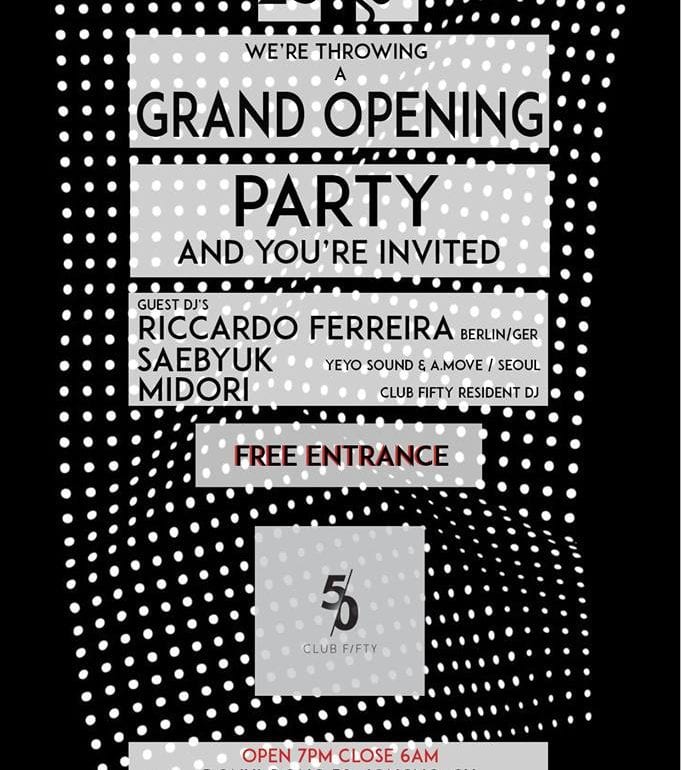 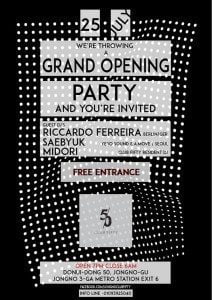 Okay, to be honest this is kind of a crap shoot. Korea, Seoul in particular, is awash in what could be called “niche markets.” These are areas with a kind of specifically designated purpose or product that has come to be known over the years as “the place” to go. Need electronics? Head to the Yongsan Market. Wholesale/discount fashion? Head to Namdaemun/Dongdaemun. Nightlife and clubs? Head to….Jongno?

While the rough and tumble neighborhood is certainly an awesome spot to sit down for barbecue, pound soju , and maybe pop into one of the corny Western “beer bars, ” it is certainly not known as an area for clubbing. A few years ago some brave souls attempted to open a spot called “Rehap” that almost immediately failed, and since then nothing else has really popped up.

That being said, there are a handful of “booking clubs” in the area that could be upgrade/kitted out to be decent venues, and from what I’ve seen of Club 50, this seems to be the case. I’ve dug around a bit and can’t find much more information other than their guest DJ for the opening party (Riccardo Ferriera, who seems to have a solid techno-based sound, albeit a pretty meager social media activity and following) and a few local residents.

The real issue for Club Fifty is location, location, location. There have been whispers of other undergroundish venues opening up in the area in what could be considered a kind of attempt at colonizing nightlife there, but will these places be able to find viable customers from the regular Jongno crowd and attract people from other well-established and entrenched nightlife hotspots around the city.

We’re willing to ante up on the opening party to see what they have to offer. With no cover all night and what seems like a decent DJ lineup, why not forego the usual stomping grounds of Hongdae, Itaewon, and Gangnam and try something in a totally different area?

If you’re really up for an adventure, check it out. Club Fifty is located right next to exit 6 of Jongno 3-Ga Station on the number 5 line, which is NORTH of the main Jongno area, kind of towards the Anguk-dong neighborhood. No lie, it’s a hike. Don’t say we didn’t warn you. We’ve included a map in the images to help you find it, which is more than the club itself has done. 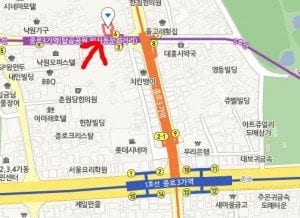