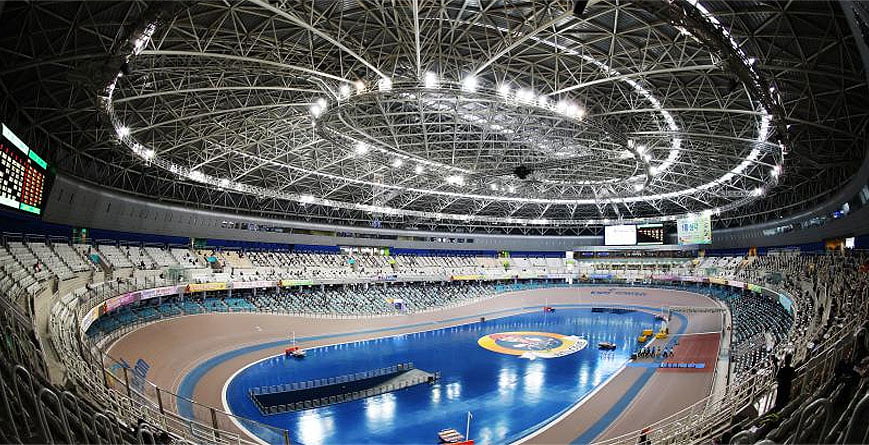 The Korean version of keirin, or bike race betting, is the perfect chance to enjoy some two-wheeled racing (and gambling) action.

As the popularity of recreational cycling continues to grow, so does the accessibility of cycling-related events at the professional level. For those keen on betting in Korea, Asia’s largest indoor velodrome is in Gwangmyeong, a Seoul suburb located just to the southwest of the capital. Gwangmyeong Speedom (광명 스피돔) is the velodrome where the Korean professional keirin races are held just about every weekend of the year.

Keirin is a track racing discipline that is very much like horse racing and was one of Japan’s contributions to the Olympic events roster. Essentially the same format as Japanese keirin racing, Korean keirin is an exciting format to watch, and is one of the most popular legal betting sports in Korea. Races in Busan and Gwangmyeong are broadcast live in several locations including the Olympic Velodrome in Olympic Park.

The betting system is almost identical to the system used in horse races, with popular bets being the exacta (first two places in order), trifecta (first three places in order), quinella (first two places in any order), and so on. Race information is readily available in English, but don’t expect anyone to talk to you or show you how to go about it. The majority of the spectators that frequent the velodrome are ajeossis, but it’s not too hard to figure out. It’s an entertaining way to spend an afternoon out of the sun, and it’s fun to watch even if you don’t want to participate in the betting.

Haven’t been to Gwangmyeong before? Fortunately, Gwangmyeong Speedom is easily accessible on the Seoul metro. Head to Gwangmyeong Sageori Station (line 7) and get out at exit 4. Hop on bus #6637 at the first bus stop and five minutes later you’ll be at Gwangmyeongdong Gyeongryunjang (광명동 경륜장) stop, right in front of the velodrome. Check out their website for more information.

If you’re a foreign national and you enjoy betting, also check out this list of 18 Casinos in Korea For Gambling the Night Away.