10 Things To Do In Seoul This June 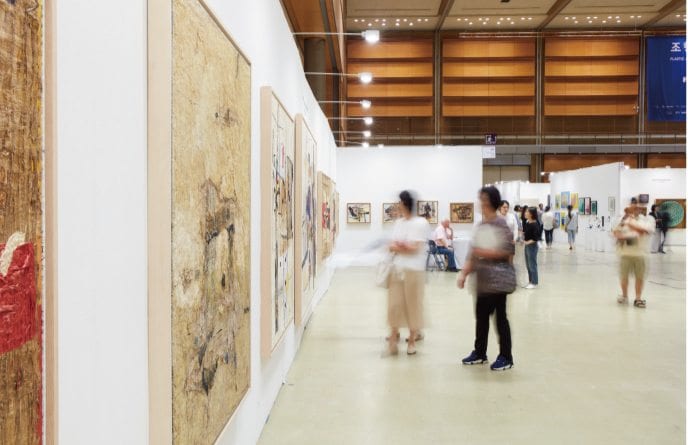 June is when the events really start to pile up in Seoul, which means that they become more versatile for those looking to try a lot of different things. Why not go see a concert by one of the hottest K-pop groups in Korea? Or catch a ballet adaptation of a classic Korean love story at the Seoul Arts Center? Or dance the day away at Korea’s biggest EDM festival?

Whether you’re into K-pop or EDM, ballets or musicals, book fairs or art exhibitions, we’ve got you covered. Here at 10 Magazine, we’ve compiled a list of 10 things to do in Seoul this June.

Wanna One is a popular K-pop group that was formed in 2017 by CJ E&M in the second season of a show called Produce 101, a reality program that starts out with 101 K-pop trainees and eliminates contestants until 11 members are chosen to form a new K-pop group. After the program, Wanna One rose to immense stardom and is now one of the hottest boy groups not only in Korea, but in all of Asia. In early June, the group will kick off their world tour “One: The World,” in Seoul. Tickets are available via ticketbis or viagogo. For more information about the venue, check out the listing of Gocheok Sky Dome on our 10 Directory. 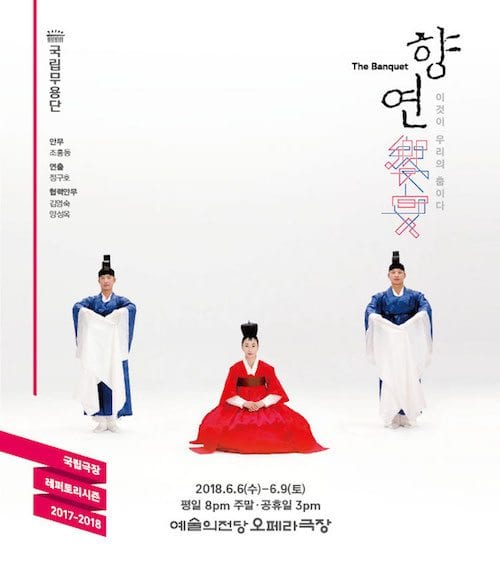 The Banquet is a dance performance that puts a modern interpretation on traditional Korean dances. In the past, audiences and critics alike have praised the show. KBS said of the show: “They’ve compiled 5,000 years of Korean dance into one performance.” If you’re looking to experience a bit of Korean tradition in the month of June, this is the perfect way to do so. The performance will consist of elements such as the Jongmyo ritual, Buddhist dance rituals, and folk dance. Tickets are available via interpark or through the SAC website. For more information on the venue, check out the listing of Seoul Arts Center on our 10 Directory. 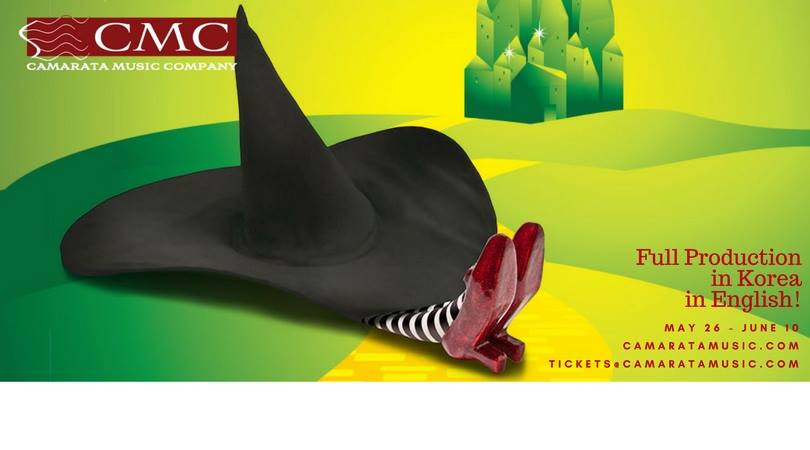 Camarata Music Company will present the Wizard of Oz in a live musical performance until June 10. Watch the classic childhood story live as Dorothy gets swept up by a tornado, walks along the yellow brick road, and make friends in Oz. The show will be in English with Korean subtitles. Click here for more information about Camarata Music Company’s Wizard of Oz. Tickets are available via the Camarata Music website through PayPal purchases. 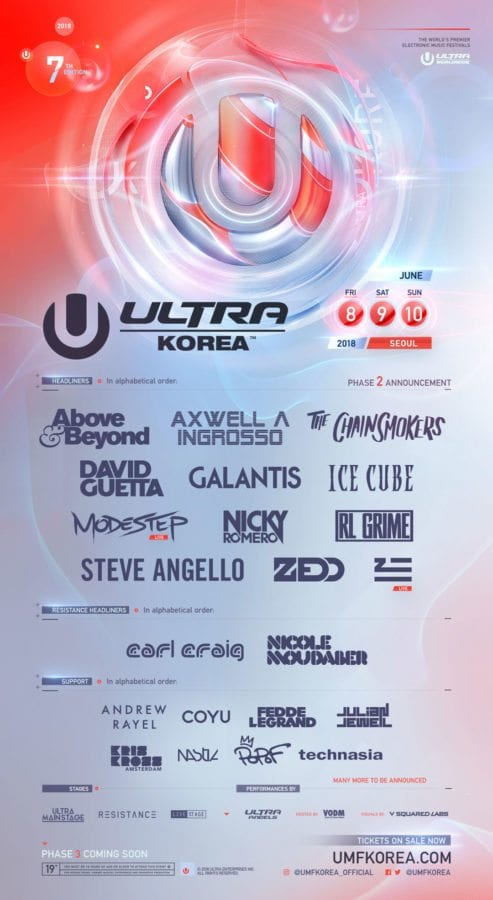 Ultra Korea is a three-day event that is a part of Ultra Music Festival’s worldwide expansion. This year’s performances will include big names such as Above & Beyond, the Chainsmokers, Ice Cube, David Guetta, Zed, and Galantis and more! For more information, check out Ultra’s Facebook Page or official website. For more information about the venue, check out the listing of Seoul Olympic Stadium on our 10 Directory. Want to know about the hottest music festivals happening this summer? Check out our article “9 Summer Music Festivals In Korea To Experience In 2018.”

*Note: If EDM isn’t really your cup of tea, why not enjoy a round of crazy golf, drinks, and a rooftop view as a fun alternative to Ultra? Here’s the facebook page for HOLEY ROLEY rooftop crazy golf, which will take place on the rooftop of the G-15 Sonnendeck bar in Itaewon June 9-10. 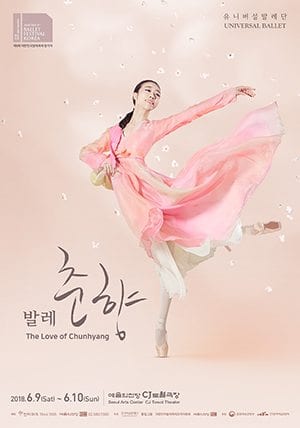 The Universal Ballet Company will present the ballet adaptation of Chunhyangjeon (춘향전) / The Love of Chunhyang at the Seoul Arts Center on June 9-10 as a part of the 8th Korea Ballet Festival. Chunhyangjeon tells the story of two young lovers: Chunhyang and Mongryong. The performance will emphasize traditional Korean art and costumes to highlight the traditional aspects of this classic Korean love story. Tickets are available via interpark. For more information regarding tickets prices, check out SAC’s official website. For more information about the venue, check out the listing of Seoul Arts Center on our 10 Directory. 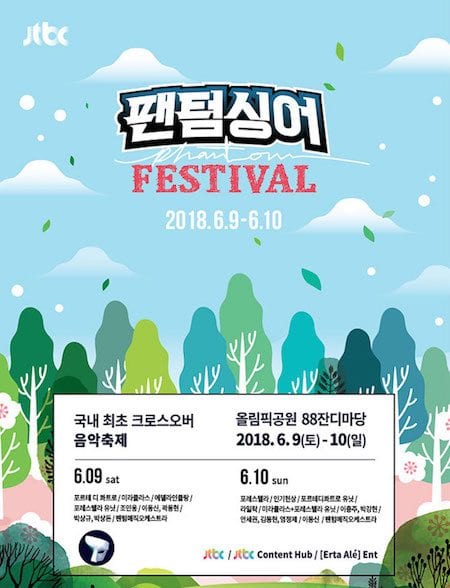 The Phantom Singer Festival is a two-day music festival that will feature famous Korean singers such as Lee Dong-Shin, Park Kang-Hyun, Lee Chung-ju, Park Sang-Don, Park Sang-Gyu, and as well as special guest performances by artists from the JTBC show Phantom Singer. The events will take place at Jamsil Olympic Park on June 9-10. For those looking to get to know the Korean music scene beyond the big-name K-pop stars, this is a perfect event to hit up. Tickets are available via ticketbis or viagogo. For more information about the venue, check out the listing of Olympic Park on our 10 Directory. 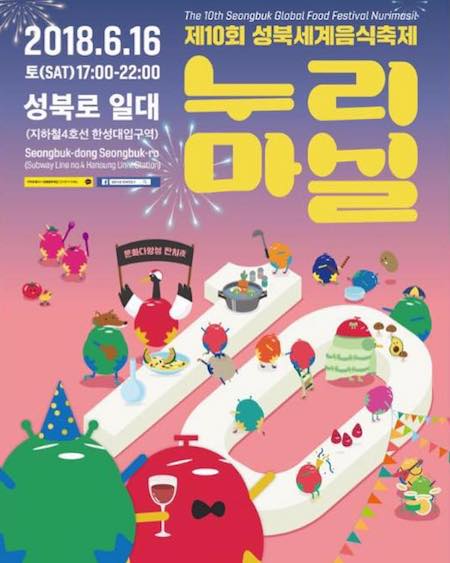 Seongbuk Global Food Festival Nurimasil aims to promote cultures from all across the globe. Here, you can enjoy a variety of food and art in one setting, making it the perfect place for both international and local visitors to hit up for a Saturday outing. The festivities will consist of an opening parade, global market, international playground, and dozens of booths to try a variety of different foods. There is no admission fee to participate in this event, but for more information check out the listing of Seongbuk Global Food Festival Nurimasil (성북 문화다양성축제 누리마실) on our 10 Directory. 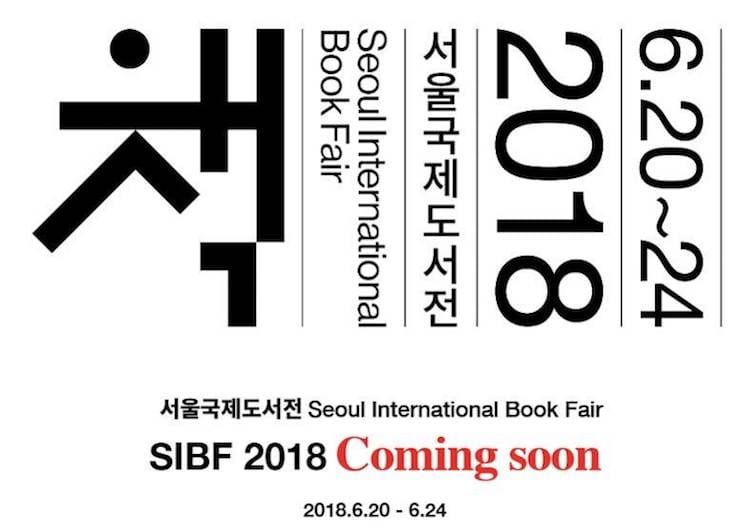 The Seoul International Book Fair is an annual event, organized by the Korean Publishers Association, that promotes reading to the general public. It also promotes Korean publications abroad and allows people to enjoy literature from all around the world. Various book industries and publishers along with celebrated authors come to greet their fans at the events. The fair will include over 150 programs along with 355 exhibitors from 20 countries. Ticket reservations are available through COEX’s official website. For more information about the venue, check out the listing of COEX on our 10 Directory. 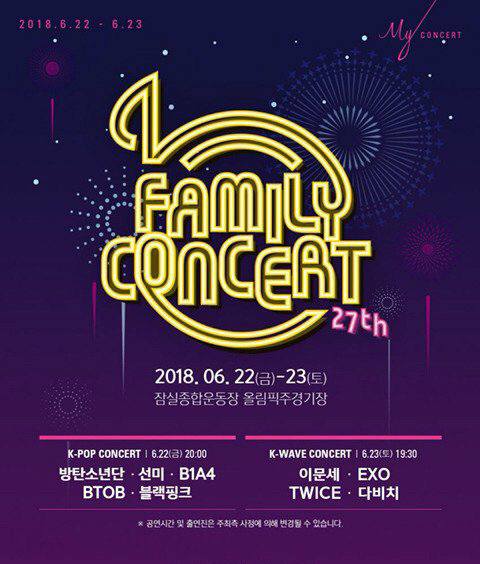 On June 22 Lotte Duty Free will celebrate its 27th annual Lotte Family Concert. This two-day event, to be held at Seoul Olympic Stadium, will be split into two different concerts. The first, called “K-Pop Concert,” will feature artists Blackpink, BTS, Sunmi, B1A4, BtoB, and Kim Beom-Su. The second, called “K-Wave Concert,” will feature artists Exo, Twice, Davichi, and Lee Moon-See. Tickets are available via ticketbis or viagogo. For more information about the venue, check out the listing of Seoul Olympic Stadium on our 10 Directory. 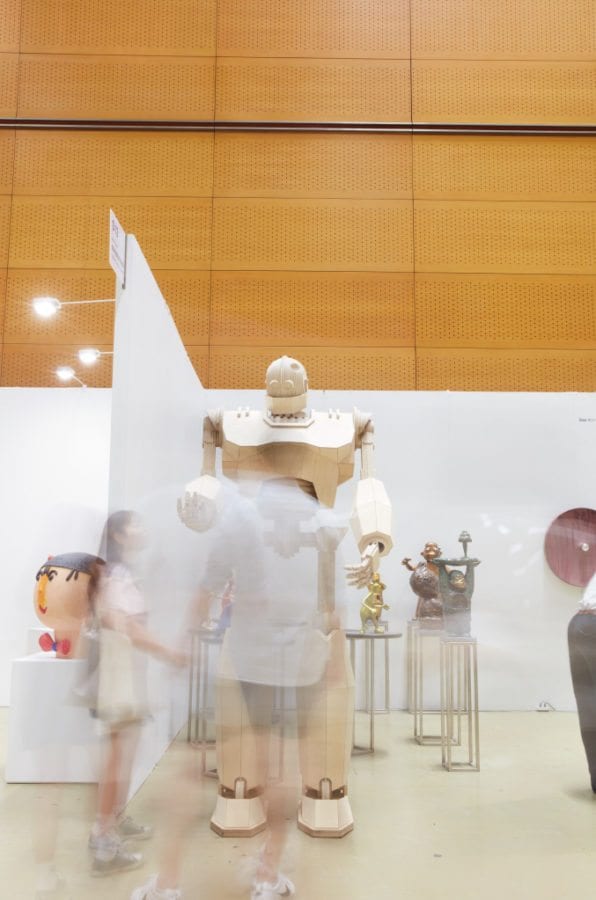 Plastic Art Seoul is a free contemporary art show that will showcase plastic art, sculptures, glass art, installation art, media art, mixed media, and paintings. In emphasizing mediums of art that are often overlooked within the art industry, Plastic Art Seoul aims to reveal the creative value of using plastic in creating art pieces. Ticket are available via COEX. For more information about the venue, check out the listing of COEX Hall on our 10 Directory.

All photos and posters courtesy of the respective events.