10 Craft Beers to Try This Summer in Korea 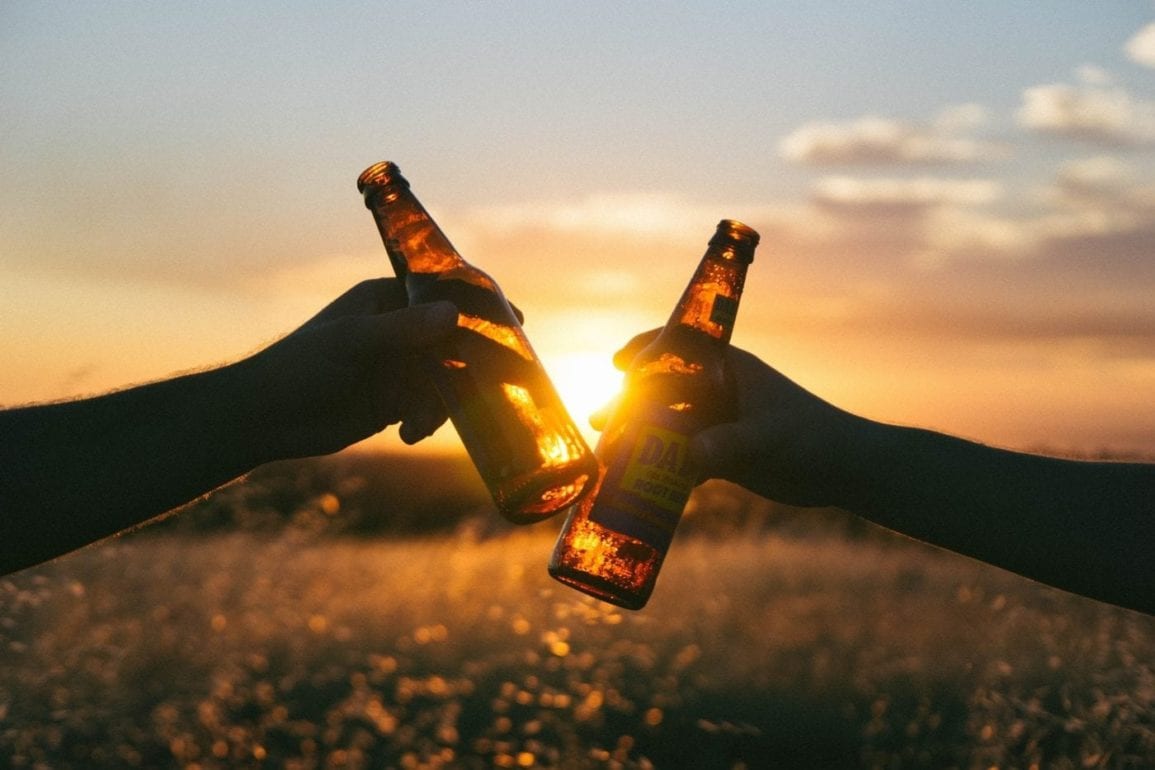 What’s better than enjoy an ice cold beer during the summer? The answer, my friends, is nothing.

Beer is currently the second most consumed alcohol in the world, right after spirits, and it remains one of Korea’s top alcoholic choices, right behind soju.

With the sudden rise in popularity of craft beers in recent years, it’s no longer difficult to find a quality pint of the malt beverage around South Korea. Here at 10 Magazine, we compiled a list of 10 Craft Beers that you should try this summer in Korea!

Located in Hapjeong, Seoul Brewery is a quite new Brewpub where you can enjoy craft beer and foreign food. Newcomer in Seoul, Seoul Brewery proposes craft beers made by Head Brewer from Canada. You can enjoy these craft beer with a variety of foods from around the world. One of their beer that you must taste is 샐린저 호밀 IPA (Saellinjeo Homil)!

When It Became Available in Korea: Beginning of 2018

What It Tastes Like: Passion Fruit and Peppery, freshness of rye-specific almonds and orange juice using intense dry hops

Our Recommended Pairings: Fried and Fatty foods such as barbecue or fried chicken

Located in Incheon, Caligari Brewing started branded in 2015 and then launched in 2016. The brand has four direct stores and six merchants. By its constant researching and developing, Caligari Brewing attracted the greatest attention and grew to ten stores in only two years. The brewery brews directly at its headquarters and then delivers directly to the merchant. Caligari Brewing produces six different kinds of year around craft beer and seasonal special craft beer that you can enjoy with side dishes, the most famous being the “Life Pizza”! The Seasonal Special Craft Beer that you must try is 세종 드 하미코 (Saejong deu Hamiko), it’s a sweet Season Beer which is filled with freshness and a fragrant floral fragrance.

When It Became Available in Korea: Beginning of 2018 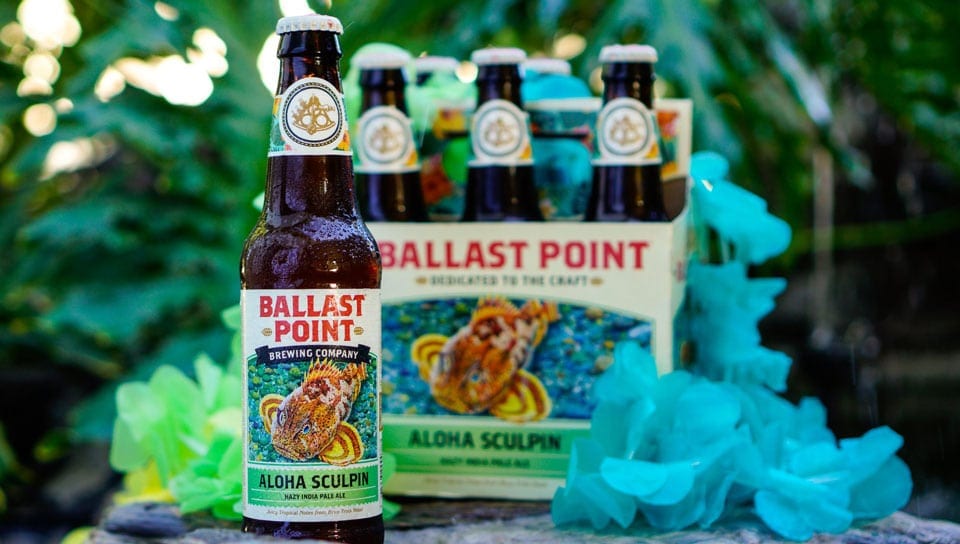 Coming from San Diego, Ballast point started in 1996 and kept the wish to explore ingredients, tinkering, testing and tasting to find the perfect balance of taste and aroma. The brand is in South Korea and produces seven Flagship Series that are their signature beers like Sculpin, Manta Ray, and Victory at Sea. They also produce eight Discovery Series that serve a great way to discover Ballast Point by their approachability and quality. Finally, Ballast Point produces seven Explorer Series that are for the adventurer in search of bold, exotic flavors like barrel-aged and sour offerings. One beer to try this summer is their Aloha Sculpin Hazy India Pale Ale!

When It Became Available in Korea: January/February 2018

What It Tastes Like: Mango, pineapple, and juicy guava notes

4. The Kimmie, The Yink and the Holy Gose | Anderson Valley 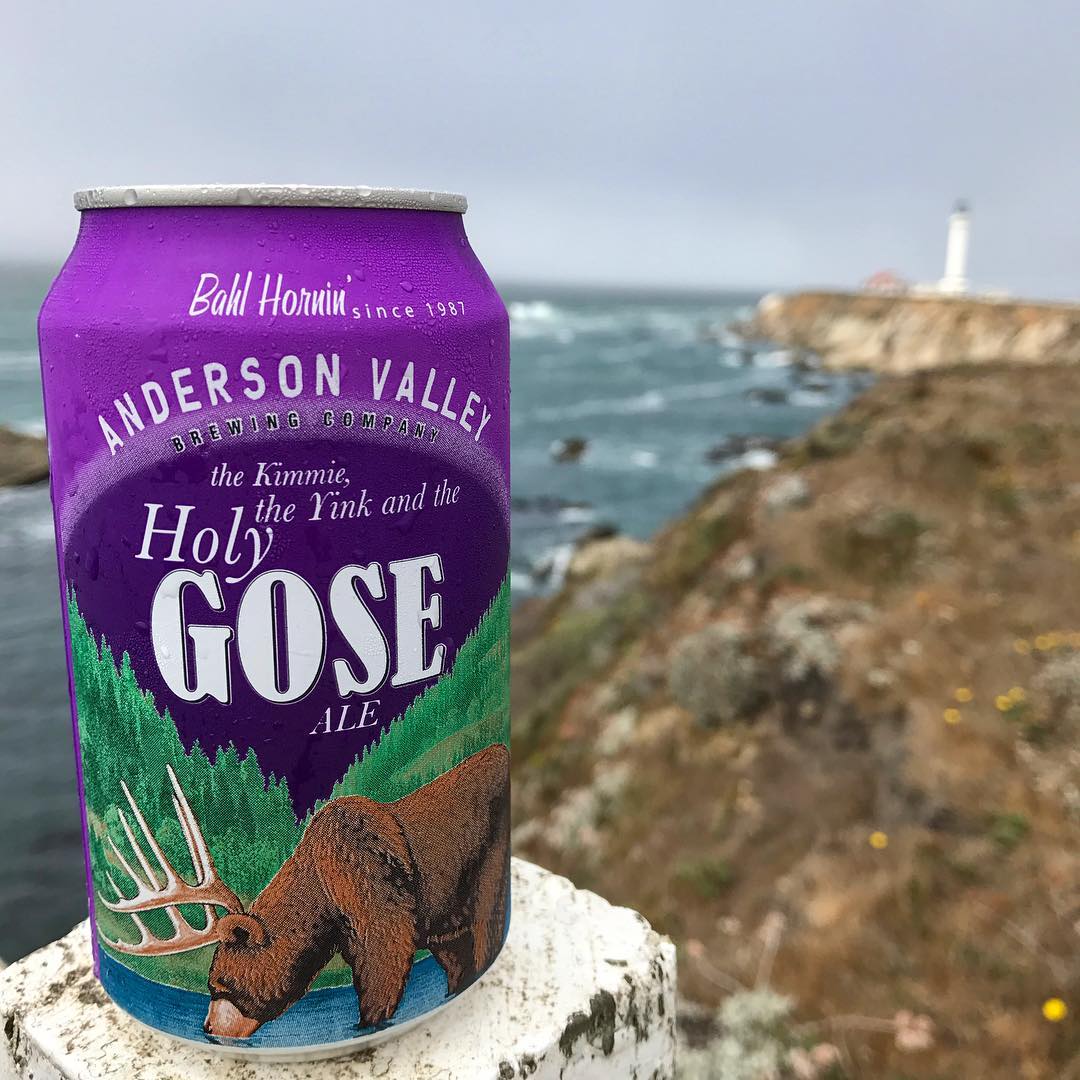 Anderson Valley is an American brewery founded in 1987. This company creates real homemade ales and lager beer with a sense of balance, complexity and eco-friendly brewing.

The beers of the company are retailed by Brewmasters International LLC in South Korea. The Kimmie, The Yink and the Holy Gose is a limited light golden color beer and has a ginger-style brewed with salt water, coriander, hops, yeast, lactic acid bacteria.

When It Became Available in Korea: Around April 2018 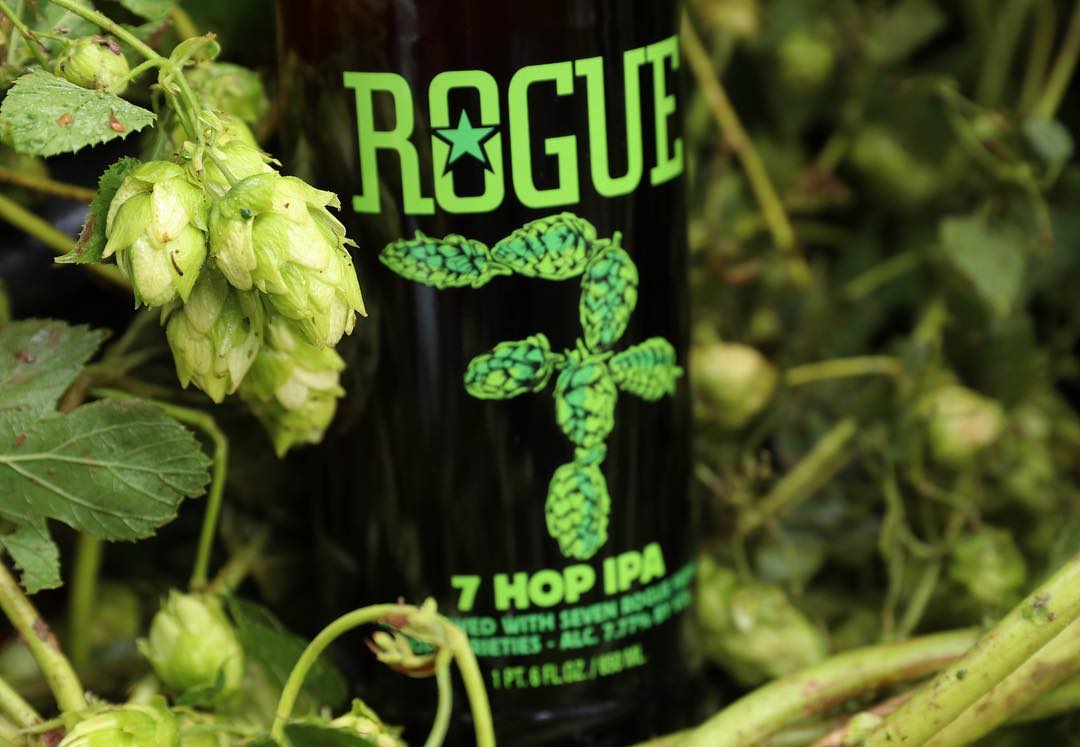 Rogue Ales is an American Company that opened in 1988. This American company proposes a seasonal beer called 7 Hops IPA. The beers of Rogues Ales are also retailed by Brewmasters International LLC in South Korea. This 7 Hops IPA is made of seven different hops grown in Oregon.

What It Tastes Like: Grapefruit, citrus, mango and various tropical fruit and a balanced bitter taste 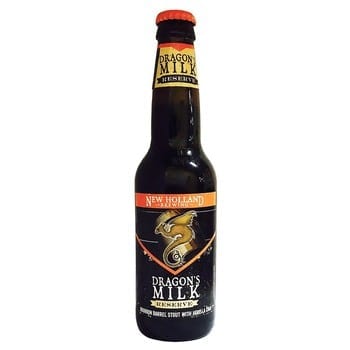 What It Tastes Like: Mixed of Vanilla Chai and strong malt with beer in a bourbon barrel / Mixed of cinnamon, chocolate, and caramel with the sweetness of vanilla chai. 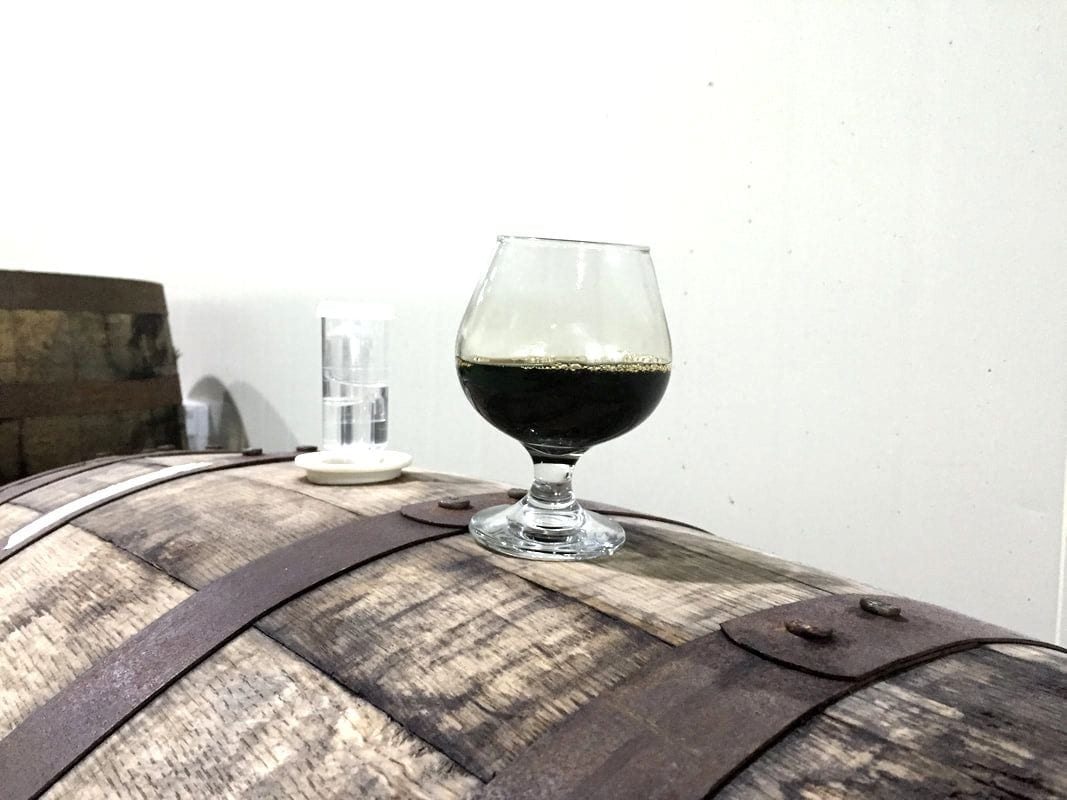 Open since 2003, Trevier is one of the first generation handmade beer breweries in South Korea. Located in Ulsan, the company relies on fresh raw material and a thorough process control in order to brew the best beer. The brand produces an annual line-up including eight craft beers as well as a  seasonal line-up. Since the opening, Trevier opened nine branches around South Korea. The Imperial Stout is a seasonal line-up that is matured in a whiskey barrel for a year.

What It Tastes Like: Flavor of Vanilla and Raisins 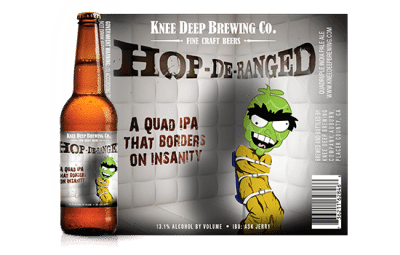 Knee Deep Brewing Co. coming from the States, this company is retailed in South Korea by Brosis Company. Knee Deep Brewing started in 2010, and produces year-round beers and seasonal ones. One of their seasonal beers is named Hop-De-Range Quad IPA. With a clear color, you will be able to taste a subtle citrus and tropical hop flavors. You should be warned this beer has a strong taste that reminds us of its description: “A quad IPA that borders on insanity”.

When It Became Available in Korea: February 2018

What It Tastes Like: Subtle Citrus and tropical hop flavors 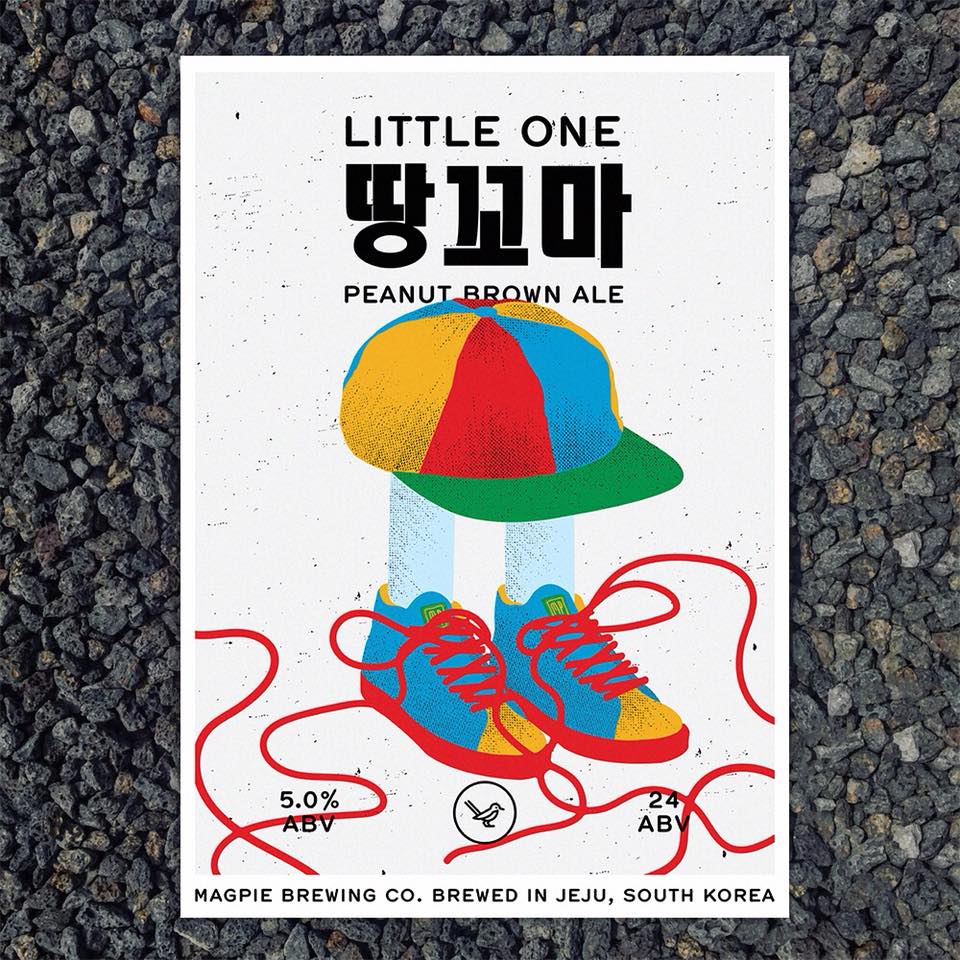 Magpie Brewing, voted as the Best Taphouse by 10 Magazine Best of Seoul in 2018, is a Korean Brewing company that started in 2011. The company proposes year-round beers as well as seasonal ones. Every season, Magpie Brewing releases at least three seasonal beers in order to allow their clients to try something new. A must try this summer is their Little One 땅꼬마! It is their newest seasonal beer and also the first recipe of their junior brewer SB.

What It Tastes Like: Sweet and malt-forward with the addition of roasted Udo peanuts. 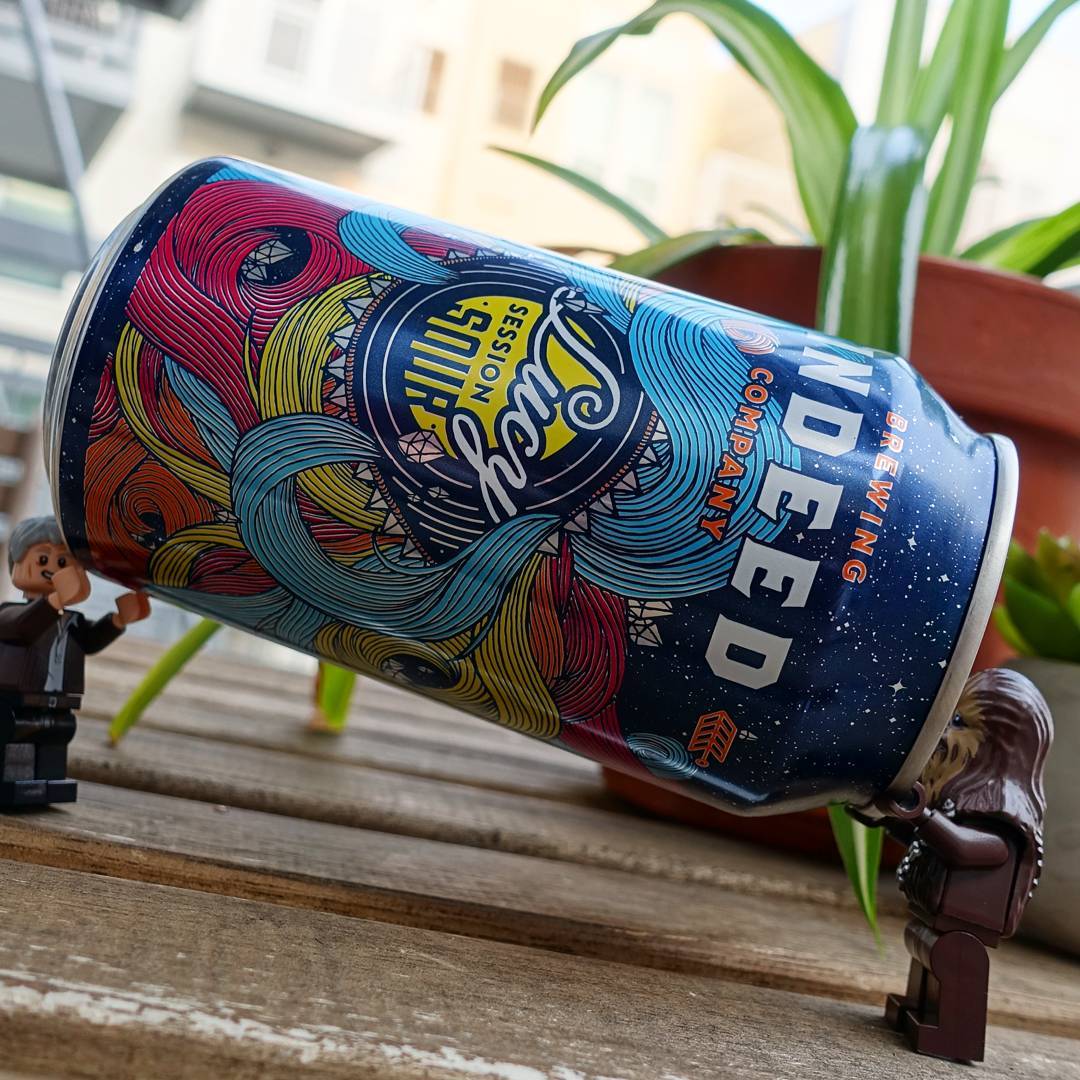 Indeed Brewing Company is an American company founded in 2012. This company is a full-scale production brewery with an artfully eclectic line-up of distinctive flagship beers, seasonal releases, and adventurous specialty brews. The brand is retailed in South Korea by Brosis Company. One of their must taste beers is Lucy Session Sour that introduces fruity and tropical flavors followed by a tart, citrusy finish similar to lemonade.

When It Became Available in Korea: Around November 2017

What It Tastes Like: Tropical with notes of citrus and passion fruits 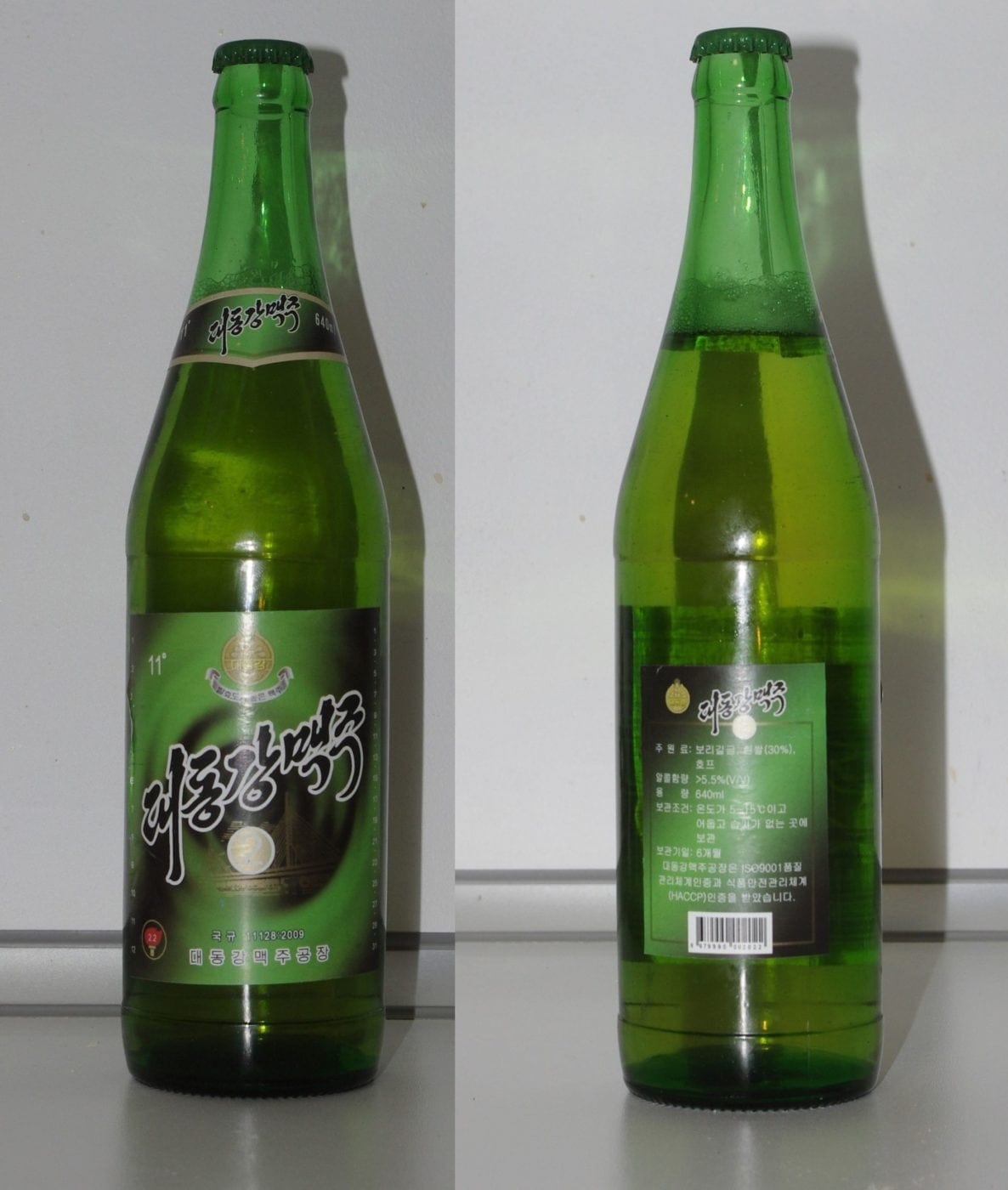