Where And How To Get Flying Lessons in Korea 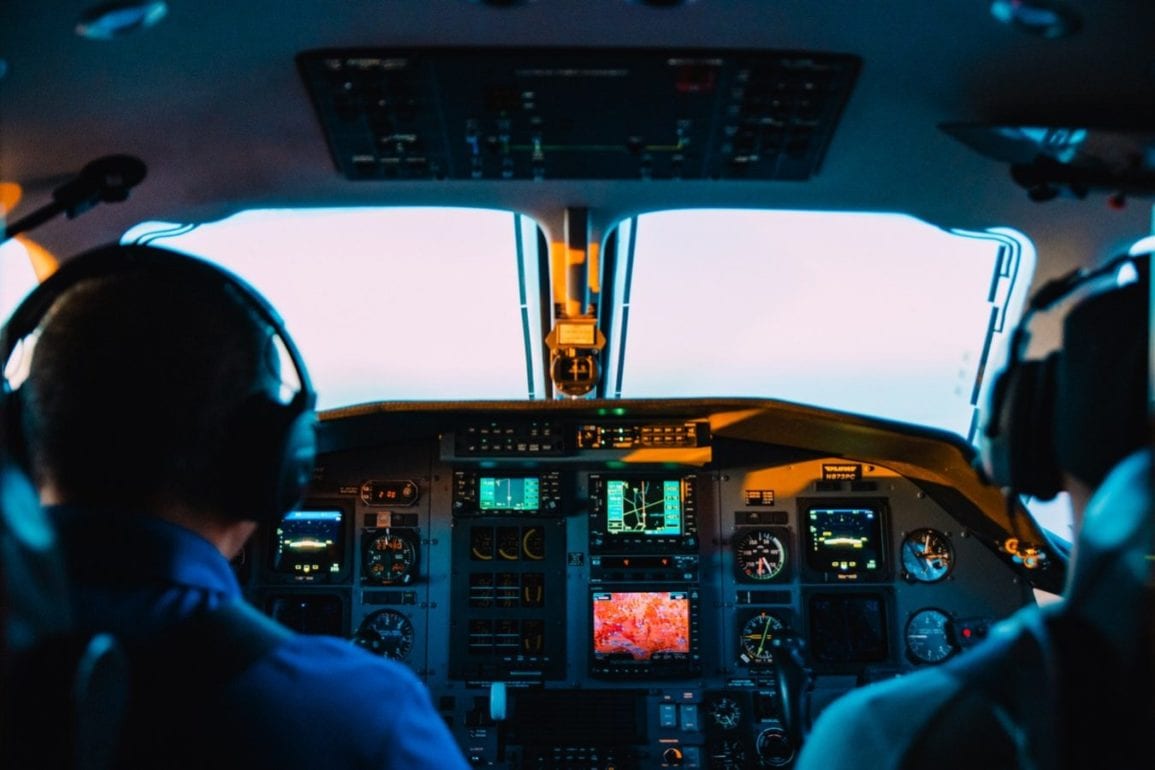 Flying lessons offer you the chance to become a licensed pilot – then let your spirits soar as you take to the sky in one of Korea’s recreational aircraft.

I first took to the air for flying lessons in Korea some eight years ago on a joy flight out of Song-do Airfield. The magic of it resonated immediately–the angelic ascent into a brilliantly azure day, in perfectly clear and still conditions. But since then I’ve found myself looking down as much as up. Flying lessons permit me to discover some new features of the country that I can later get too on foot, such as new routes to the topmost points of hills or a public park that I was previously unaware of.

Flying lessons afford a whole new perspective on the Korean landscape and magnify my appreciation for locations formerly visited. There was a poignant moment on my last flying lesson when I crossed over the stunning summit of Mt. Gumi. A much younger version of myself had climbed it almost a decade ago. Another such occasion was late last year. While I soared over the Yeongpyong ski resort and the gleaming white wind turbines situated along the east coast nearby, memories of an earlier visit to the site flooded back to me.

Flying Lessons: The Road to the Runway

Learning to fly is not as difficult as you may think. Though it will take considerable time, effort, and of course funding. The first thing is to take a deep breath and brace yourself for the costs involved with flying lessons. This is not a pastime for the financially faint-hearted.

Next, you should choose the type of aircraft you want to take flying lessons in. This article will look at several categories of aircraft: fixed wing, recreational sports aircraft, ultralights, rotary wing, and non-rigid wing. Aircraft are graded by how they generate lift and how much they weigh, and costs vary greatly.

General aviation (GA or fixed wing) aircraft offer universal certificate recognition (if you can get the certificate, of course, but more on that later) in a proven and tested product. It is generally comfortable to fly, and with a grade of aircraft that has the speed and range to outperform a vehicle. 40 hours minimum of instruction are officially required before testing may be undertaken.

Rather luckily for those living in Seoul and its environs, there are two schools for flying lessons situated out at Gimpo Airport. They are all easily accessible by bus, taxi, or subway. I quote the price for the cheapest aircraft in each company. Prices rise considerably for larger grades of aircraft.

This is on the third floor of the International Terminal, in a difficult-to-find location, down a small corridor behind the shopping plaza. Call them in advance so that they can come and fetch you.

Cost: Starts at W220,000 per hour. This is settled through payments of one third of the total cost of 40-hours flying lessons tuition to be paid over the course of three months until reaching the full sum. If more than 40 hours tuition is required, there will, of course, be further payments.

This is the easiest organization to locate as it is in the basement, directly below the information desk on the ground floor of the international terminal and accessible by escalator. It is the largest school in Gimpo for flying lessons and has all the bells and whistles: uniformed staff, training rooms, airline company partnerships, and so forth. Their instructors are outstanding both as pilots and teachers.

Cost: One hour of flying lessons costs W200,000 (Cessna 172S). They require an upfront payment of W3,000,000 which can then be applied as credit for your flying lessons. No refunds.

In Goyang, northwest of Seoul, The Korean Aerospace University has an absolutely magnificent facility that opened only a few months previously out at Uljin-gun on the east coast, a four-hour drive from Seoul. At this stage, it is still unclear exactly what flying lessons courses the general public can access, but I have been informed that flight instruction is one of them.

Language: Mr. Song-won Shin (geraldwinnie@kau.ac.kr) will reply to you in English.

This impressive facility out in Taean-gun (two-and-a-half-hour drive from Seoul with traffic), located very near the tip of the mainland featuring the one and only bridge across to Anmyeon Island. The airfield is large and imposing but quite difficult to find, as it is several kilometers away from the main road. It is, however, a spectacular location in which to fly. Most importantly, they do instruct people who are not enrolled in the university.

Aircraft: Cessna 172S and others

This is a somewhat confusing category that lies somewhere in between a GA aircraft and an ultralight. Hanseo University (see above) has an aircraft with such a rating, which is available at W170,000 an hour. Mr. Park (soopark@hanseo.ac.kr) may be contacted to confirm these prices.

Though this category of aircraft originated as a more affordable way for amateurs to learn to fly, ultralights will likely not save you much until you are in a position to purchase one outright. Tuition costs will still be in the region of W200,000 an hour or higher, and I personally believe that the money is better put towards tuition in a GA aircraft.

However, the minimum number of flight hours to qualify for sitting the exam for a flying license drops to 20 hours at this grade of aircraft. There are other advantages, including the ability to fly them out of a paddock. Also licensing and operating costs are somewhat lower than a GA aircraft.

Even though I generally do not recommend ultralights, to date most of my flying lessons have been in one or another of the things. They are certainly an intimate flying experience. However, there is virtually no luggage capacity, they are limited to two seats, and they frequently fly at speeds slower than most vehicles on Korea’s expressways. In addition, there are often restrictions on the distance that you may operate from your nominated home airfield. Forget about flying that man or woman of your dreams down to Jeju for a romantic weekend.

I have otherwise personally flown ultralights at Songdo Airfield (opposite Songdo New Town in Incheon) for many a year. While there have been no deaths to date, there have certainly been some substantial injuries that have been a little too close to death for my liking. Nevertheless, my instructor there, Mr. Lee, has faithfully persevered with me without any incidents in the old Wizard push-propeller ultralight over the years. Mr. Lee is a solid instructor and a cautious pilot with barely a word of English. There is a narrow flight zone and you will be restricted to within a few kilometers of the airfield. However, it is still fun to fly around the rather skyline of Songdo New Town and environs.

Rotary wing aircraft, known to most of us as “helicopters,” are fabulous things of utter joy to fly. Admittedly, they are a bit more difficult to handle during flying lessons than a fixed wing aircraft, as you have to adjust to how the physics of flight are affected by feedback loops from the control surfaces. Still, piloting one of them is definitely an obtainable skill. You just need to choose which bank to rob, in order to pay for the flying lesson tuition!

At the Taean Airfield (more details above) has both the Robinson R-22 (a two seater) and R-44 (a four seater) in which you can train. English speakers will be relieved to hear that there is an American national named Paul who is employed at the University and provides instruction for the R-22.

The Little Matter of a License

So you’ve figured out how to get flying lessons, but what about getting a pilot’s license? Most of the schools mentioned in this article can’t provide this certification. The organization in charge of this is the Korean Transportation Safety Association (www.ts2020.kr / 1577-0990), which administers the test for ultralights and general aviation.

In addition to demonstrating your practical knowledge of flying there is a written exam entirely in highly technical Korean. Naturally, there will still be a practical exam and the examiners will require you to demonstrate to their satisfaction that you understand aviation theory.

Some say it is best to get the license in a different country so it will be guaranteed the exam will be in English and not have to waste all of that money you just put into flying lessons. Nonetheless, flying is a wonderful experience that I think everyone should attempt at least once in their life!

If instead of getting a pilot’s license you’re more interested in getting a driver’s one, check out our article on how to do that in Korea here.