‘…Whatever That Means’ Playing Seoul Gigs Before American Tour 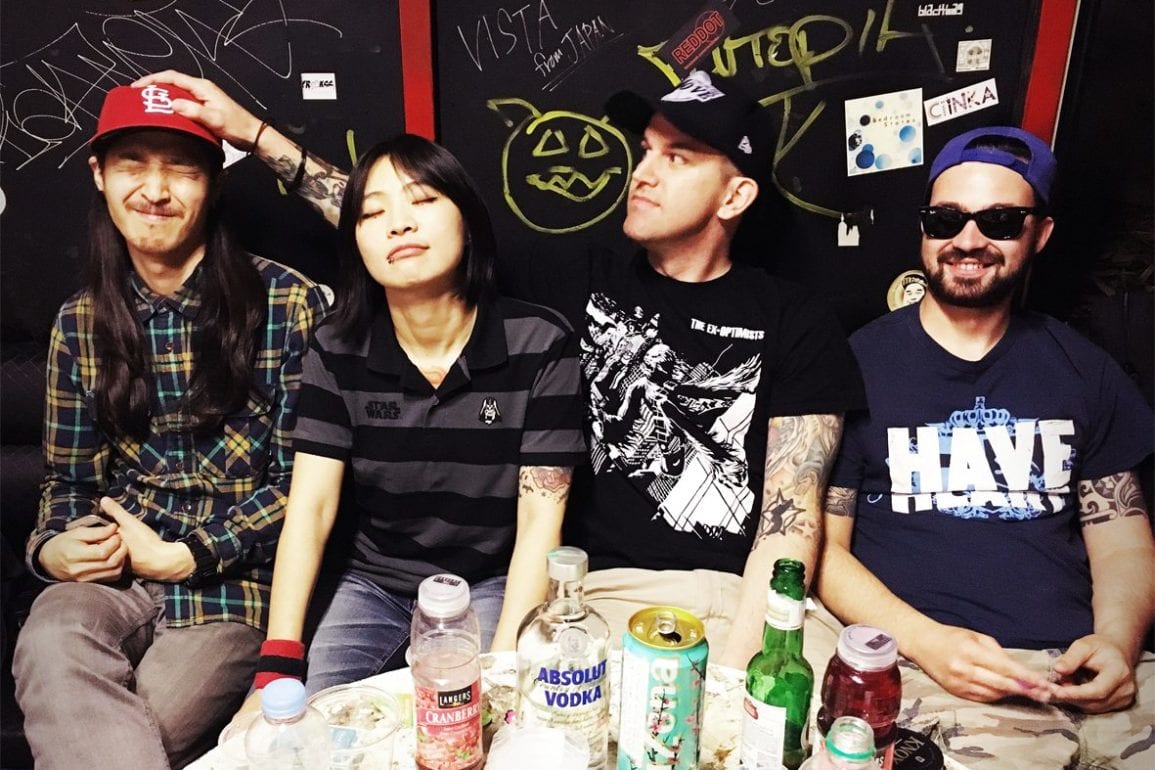 Seoul-based punk band …Whatever That Means will be playing a pair of hometown shows this weekend to celebrate the release of a new compilation album titled “Them and Us 2: Korea’s Punks at Thunderhorse Studios.”

The compilation is being put out by World Domination, Inc., a local label run by …Whatever That Means guitarist Jeff Moses and bassist Trash Yang Moses.  The album boasts songs from ten Korean bands and one act from Singapore.  All of the Korean groups will be playing as part of the release parties.

The first event takes place on July 1 at Thunderhorse Tavern in Noksapyeong and will see …Whatever That Means joined by Full Garage, The Veggers and Green Flame Boys.  The second showcase happens on July 2 at Club Sharp in Mangwon and sees …Whatever That Means sharing the stage with Burning Hepburn, Skasucks, Betty Ass, The Kitsches, Pegurians and Chain Reaction.

“I’m really excited about these shows,” says Jeff.  “We’ve been working on the album for the last six months.  Each band came by the new Thunderhorse Studios near Sinchon and recorded two live tracks – one cover and one original song.  It took a lot of work, but the album is finally done.”

The concerts will be …Whatever That Means’ last Korean gigs before embarking on an American tour.  The quartet – which is made up of musicians from Korea, the United States, and Poland – will be playing nine shows along the US West Coast from July 23 – August 1.  The group previously toured in the States back in 2011.

“I booked that whole first tour kind of blindly by searching for bars, venues and punk scenes using Google and Facebook,”

explains Jeff.  “We played some cool shows, but a lot of it was kind of hit or miss. Now we’re better informed, which means we’ll be playing more places actually connected with local scenes this time around instead of just random bars.”

“Stateside punks are just a lot more interested in vinyl these days,” Jeff says.  “With most people keeping their music in digital format, if they’re going to get physical music, they want it to be cooler than a CD.  And I’ve always wanted to release an album on vinyl, and a split 7-inch record with a great American punk band was the perfect chance to do that and hopefully get our music heard by a wider audience.”

Although American show-goers will get first access to the band’s new record, fans in Korea will be able to buy copies of “Blowing Minds & Melting Faces” when …Whatever That Means return from their US jaunt.

“Our first show back in Korea will actually be a double record release party on August 13 at Club Sharp in Mangwon,” shares Jeff.  “We’ll be releasing our record, and our label mates Full Garage will be releasing their new 7 inch too. Everyone who buys a ticket for the show will be given a copy of both records.”

…Whatever That Means Seoul Performance Dates

When: July 1, 9:00PM
Where: Thunderhorse Tavern in Noksapyeong
Price: FREE 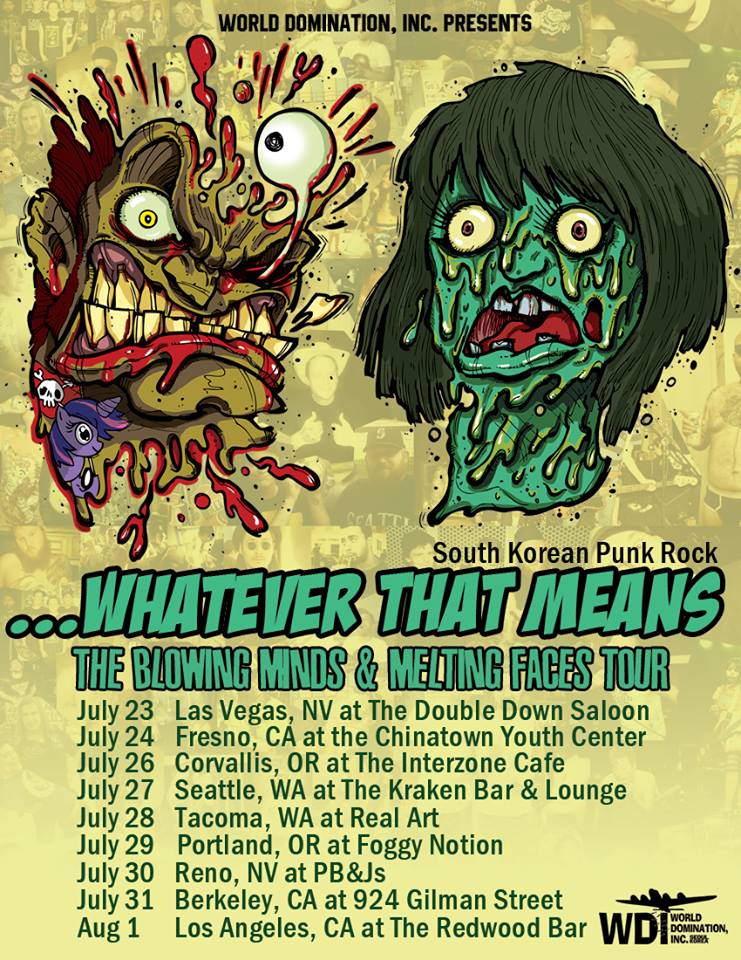