Expat Expertise: Have Loose Change, Will Travel: A Guide to Korea’s Budget Airlines

Anyone moving to or visiting Korea has undoubtedly heard of Korean Air. This carrier is the premier airline of the Republic, and its service and comfort are truly top-notch. However, as many travelers or backpackers learn, flying in style has a price—very literally. Most of the flagship airlines in global destinations can be prohibitively expensive for your average globetrotter.

This is where regional budget airlines enter the picture. Much like Ryan Air in Europe or Allegiant Air in America, Asia is not without economical alternatives for people flying on a shoestring. Let’s take some time to review your choices in the R.O.K. and make experiencing the treasures of Asian travel that much more accessible.

Jeju Air (jejuair.net) is Korea’s original budget airline, founded in 2005. Jeju has long served as a vacation away from Korea while still being technically in Korea. It was the honeymoon destination of choice back when travel was restricted and has since held on to its vacation appeal. Jeju Air is based in Jeju City, and offers daily domestic runs from the island to Gimpo and Incheon airports in Seoul, Busan, and Cheongju. In the past several years they have expanded to include many regional destinations including stops in China and Japan, and a select few cities in the Philippines, Vietnam, Thailand, and Guam.

Domestic flights can run from as little as W50,000 to closer to W200,000. You can get to most international destinations for a few hundred thousand. Buying in advance for the major holidays is always advisable, but if your schedule is flexible, check out the “Joy Fare” section on their website, which offers amazing deals on last minute tickets. Jeju Air’s fleet currently consists of 10 Boeing 737-800’s—they used to have five Boeing propeller planes, which have since been retired. Of special note is their in-flight “Joy Party” service which is the bizarre-yet-fun experience of the flight attendants bringing around silly hats and costumes for people to wear and pose for pictures during their flights. Finally, the website is shockingly easy to use. As any foreigner trying to purchase something via the Korean internet knows, this is truly a blessing.

Next on the list is Air Busan – based out of (shockingly!) Busan. Founded in 2007 under the name Busan International Airlines, it is now a subsidiary of Asiana Airlines with some shares held by the City of Busan. Air Busan has several domestic routes, and its international flights focus primarily on China and Japan, with one flight to the Philippines. Its passenger carrying number surpassed the three million mark in 2010 and that same year the airline won the Korean Prestige Brand Award. The fleet consists of several Boeing Airbus models and a few of the smaller 737 editions for a total of nine aircraft. It serves as one of the quickest routes to Japan, but Seoulites be forewarned; most international flights must first experience a layover in Busan, making this a more attractive option for those living in the south of the country.

Finally we are left with Jin Air, formerly known as Air Korea. Jin is a full subsidiary of Korean Air. Operating offices are located near Gimpo in Gangseo-gu, and began running in 2008. Like the other airlines, Jin has all the standard domestic routes and select flights to Japan, Thailand, Taiwan, Guam, and the Philippines. However, what makes Jin Air stand out is that they are the only carrier to offer direct flights to Vientiane in Laos. While the website seemed a little tricky, it nonetheless is one you can navigate with minimal frustration. 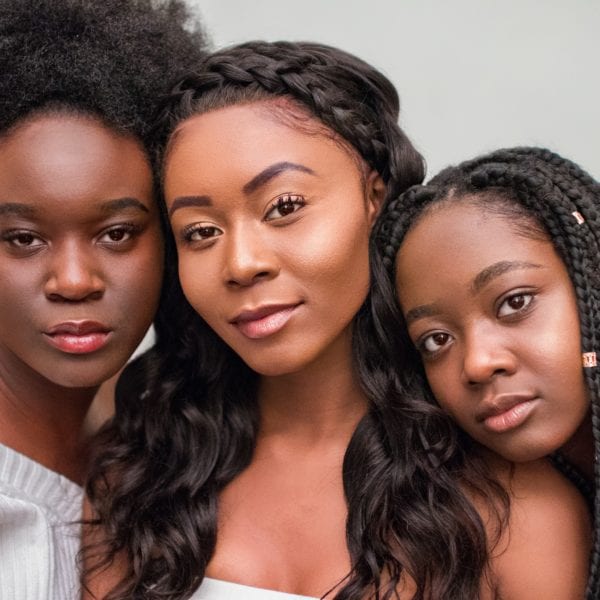 Tips for Black Hair Care and Beauty in South Korea

Eastar Jet (eastarjet.com) is the other airline competing alongside Jeju Air for the top Korean budget carrier in terms of number of destinations and passengers flown. The headquarters are near Gimpo Airport outside of Seoul. Eastar flew its maiden flight from Gimpo to Jeju in January 2009. It offers service to several hubs in Korea, Japan, and China. For a broader range it has stops in both Malaysia and Thailand, and will soon be adding more in Southeast Asia, central China, and Russia. Also, an awesome detail is that on Eastar you can fly directly from Seoul’s Gimpo Airport to Taipei’s equivalent, the Shongshan Airport, with the end result being that both ends of the flight are close to the city and on the subway.  The fleet is similar to the other companies featured here, with eight variations of the Boeing 737 series. The website is also smooth sailing, and a scrolling banner of special fares offering super cheap last minute-tickets. In April 2009, the Korea Consumer Satisfaction Board announced that Eastar Jet took the nation’s top ranking in service of scheduling as well as operation and cabin service.

One Way Only: T’way Air

T’way Air (twayair.com) is another of the economical flight options. It was originally launched by the city of Cheongju, Chungcheongbuk-do, under the name Hansung Airlines in 2004, but over the past eight years has periodically suspended operations due to budgetary restraints. In 2010 the company was revitalized with a rebranding effort under the name currently in use. They fly to airports in both Seoul and Jeju City, as well as the three international destinations of Bangkok, Fukuoka, and Taipei. Unfortunately for foreigners, the website is entirely in Korean and, even with a mastery of Hangeul, seems to defy your best attempts to purchase a ticket. For most, T’way will probably be a last-minute option or cater mainly to native Koreans. Their fleet currently consists of four Boeing 737-800’s, with two or more planes to be added every year until their goal of ten aircraft is met in 2014.

So whether you’re planning an adventure far in advance or you just realized how slack you were and scared you might be stuck in your apartment during your vacation, check out these airlines for all of your cheap flight needs. Rest assured, Korea’s budget carriers will help expand your options; for your budget, your schedule, and for an amazing travel experience.

Ian Henderson hails from the Cape Fear area of North Carolina and has been in Korea for the past three years, keeping his phonics skills well-honed. He can also be found scavenging for bits of the extreme music underground, craft microbrews, and anywhere documentaries are screened.