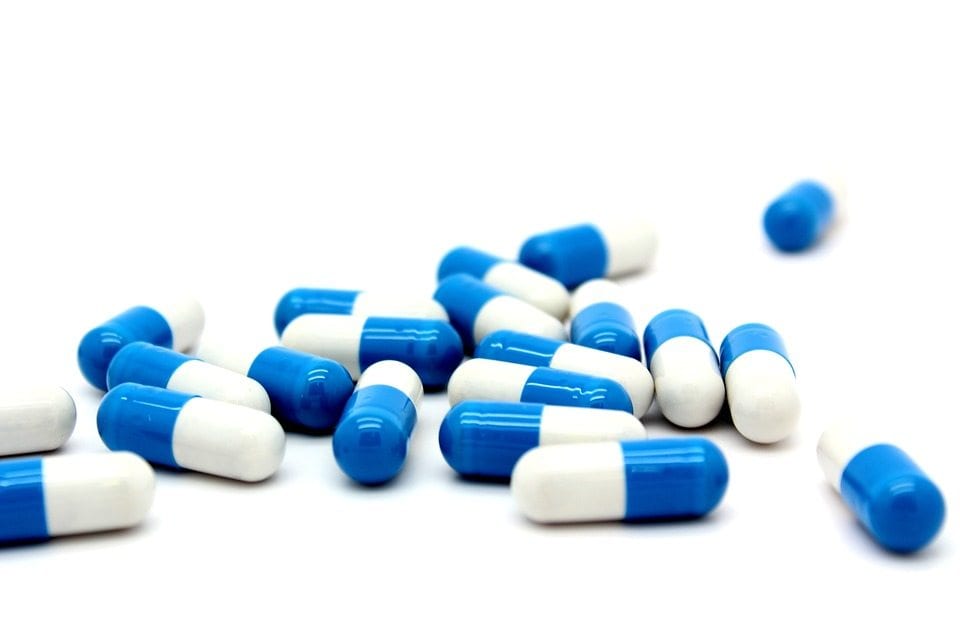 For most workers living in South Korea, a measly 3% of their monthly salary is deducted and allocated towards National Health Insurance, or NHI. The deduction is matched by their company, equaling a paltry 6% of their salary. What kind of service, care, and coverage can be expected in exchange for such a modest tax? A lot.

Established in 1989, the National Health Insurance Service (NHIS) was created by the government to provide affordable health coverage for all citizens. Benefits for expats paying into the system are exactly the same as those for Korean nationals. The NHIS has been highly successful in providing low cost access to quality healthcare, and is one of the most efficient nationalized health care systems in the world. A financial analysis of the NHIS completed in 2011 reveals that it was funded 85% by standard tax contributions, with only 14% of the program financed by government subsidy. The 2011 study also indicates that the program budget utilized 96.1% of its funding to directly providing insurance benefits to the people, with less than 4% being diverted toward administrative expenses. For a harrowing comparison of inefficiency, consider a statistic given by the PNHP, the Physicians for a National Health Program, who claim the U.S. healthcare system is weighed down by over $300 billion annually of bureaucracy.

The Korean health insurance system is a unique hybrid single payer/open market system. There are private hospitals and private insurance companies, but the prices for the vast majority of treatments are set by the NHIS, keeping prices for treatment low. It’s really only when you get into the elective procedures that you find bloated prices, as well as a wide range of treatment options.

While there are all kinds of specifics, the first question when asking if you’re covered is, are you receiving inpatient or outpatient treatment? Get checked into a hospital, and all of the sudden your bills are now 80% covered. They told you to stay the night at the hospital, but you just had to go home, huh? That move could have you paying up to 40% more for your medical bill.

Next, the coverage you get largely depends on where you’re being treated. This is another great way that the system encourages efficient distribution of limited healthcare resources. There are four different classifications of hospitals in Korea: clinic (개인병원, 의원),  hospital (병원), general hospital (종합병원), and tertiary hospital (대학병원). A tertiary care hospital (or university hospital) is a large facility equipped with a full complement of services and departments, typically housing the most experienced and widest range of specialist doctors. Wouldn’t everyone want to go there to get the care they needed if they could? Well, outpatient treatments at these expensive facilities are only 40% covered – leaving you with 60% of the bill, and you even need a referral from a local clinic to get in. Those who demand tertiary level care without a doctor’s referral can expect to foot 100% of the bill on their own. This prevents people from cluttering the schedules of the best doctors in the country with minor ailments. The percentage of coverage grows to 70% with a local, privately-owned clinic, encouraging people to visit there to save money – and encouraging doctors to open and operate many local hospitals in Korea. Isn’t it nice to have that local ENT clinic? You can thank this aspect of the system for that.

Preventive care also keeps costs down, and public health promotion is emphasized through the 100% coverage of a general health exam offered to everyone covered either annually or biannually, depending on income level. Screenings for at-risk age groups for stomach, breast, liver, colorectal and cervical cancer are 90% covered. Lung cancer examinations are omitted from this list, so the individual is responsible for the 30-50% copayment generally applied depending on the facility.

The degree to which a country is “advanced” or not is often measured by the rate of death for children under one year of age, or what’s called the “infant mortality rate.” Korea manages to rank an impressive #22 on the list (Singapore is #1, and the United States is #34), thanks to excellent prenatal and childbirth coverage. According to an insider with the NHI, the out-of-pocket delivery expenses from a public hospital are in the W380,000 to W500,000 range for a natural birth, and closer to W700,000 for a cesarean section. Additionally, an expectant mother can make a request from her doctor to receive what is commonly called the “pink card” or “Go Mom” card, this card can essentially be likened to a W500,000 gift, exclusively for pre-natal checkups or pregnancy-related expenses. This program can be especially beneficial for low income families, and helps ensure that every expectant mother can have a fair chance at bringing a healthy baby into this world. Also, all care for infants under 28 days is 100% covered and infants under six years of age are covered 100% for a total of of six health examinations.

For those who incur major health care expenses such as long term inpatient care or non-elective surgeries, it is comforting to know that there is also a “Compensation for Excessive Co-payment.” In cases where the co-payment exceeds KRW 1,200,000 within 30 days: 50% of excess amount covered by NHIS.

As great as NHI in Korea really is, it is not without its faults, inconsistencies, or outright mystery. Nowhere in the company literature is a line by line breakdown of what is NOT covered, and even the call center representatives provided an “it depends on the situation” canned response upon being pressed for specifics.

One that you can be confident of is that an MRI is not covered, unless the disease you are being treated for falls in the cancer and catastrophic disease category. This is why every sizeable hospital in Korea has an MRI machine and frequently encourages you to get your very own MRI scan; it’s a big profit center.

There is another rather surprising way that the NHIS manages to provide so much coverage while keeping prices low. As the mission of the NHIS is for “coverage for illness and the promotion of health,” they ensure that people are held responsible for their actions with a policy that states that accidents and physical injuriesnot covered.

That’s right. Break your arm skiing? Break open the piggy bank next. Hit a pedestrian with your bicycle? You’ll be the one paying for their medical bills. An elevator breaks and you’re stuck in it when it falls? At least you can expect that the building owner will have to pay for your medical bills.

While most medical professionals must adhere to government price setting, some fields are not specifically covered by the NHIS, allowing them to charge whatever they’d like, which can therefore be more lucrative. What’s not covered?

Being able to charge whatever you want for snoring treatment may nice, but the fields most doctors turn to is obviously plastic surgery and dermatology. Now you know one of the big reasons Korea is the plastic surgery capital of Asia; because it is a profitable field, so many of the best surgeons often choose it as a specialty.

Before we let you go, there’s one important organization that we need to tell you about. The “Health Insurance Review and Assessment Service” (HIRA), is a governmental organization commissioned with “determining whether the payments claimed by healthcare institutions are clinically valid, formulated in a cost-effective manner, and calculated according to the Benefit Coverage Standards stipulated in the National Health Insurance Act.” This means that they’re your watchdog, and if you feel that you have been overcharged in some way on your medical bills, then you have a place to turn. Visit hira for more information.

Although not perfect, Korean NHI is one of the most cost effective and efficient health programs in the world. For those of us who are covered, we can rest well with the knowledge that we can expect high quality service that is both affordable and effective for the vast majority of health issues we may face.

“Since 2003, I have had several health problems, some quite serious, which required medical attention. I could have relied on my UK homeland’s National Health Service, which would have been completely free. As I am a pensioner, I could have gotten private treatment in the UK or elsewhere through my private policy as well. But I decided to rely on the domestic NHIS, which turned out to be the absolutely right choice. First, the clinics and hospitals are right on my doorstep and accessibility to specialists through instant referrals is available, rather than waiting with the GP and receiving stopgap care. Out-patient treatment is also easy to arrange, with continuity in follow-up and an efficient appointment system. I even get text message reminders for every appointment! Certainly no regrets and I will stay with “K-care”; a decision endorsed by consultants back in England.”

“In 2012, I fainted while attending a corporate event, and after extensive tests my doctors determined that I had tumor inside of my heart. Within a few days, I had open heart surgery to remove the tumor and it was one of the most trying times of my life. Fortunately, it was not cancerous. I was in hospital for almost a month and had almost every test available to ensure recovery. The quality of service I received overall was very good with the exception of the emergency room visits, which were very crowded and inefficient. My surgeon and cardiologist are among the best in Korea, and after two years everything is going well.  In terms of cost, Korean national insurance covered a large portion of the bills, and while there was still a significant portion remaining, it was manageable compared to many other countries.”

“I tore my ACL ten years ago had it repaired in Korea. Nothing could have prepared me for the experience of undergoing surgery in a Korean hospital. The food sucked, the bed sucked, the pain was unbearable, the amenities were… wait, there weren’t any amenities! Surgery, fifteen days in the hospital with meals, daily physical therapy, and the total price included came to a whopping W1,500,000! I don’t know to what extent the insurance played a role in but I’m not complaining. This would have cost 10 times this amount back in America without insurance. Needless to say, in the end I am once again healthy and am quite pleased with the value for dollar provided by Korea’s extremely spartan – yet effective – health care.”

“When I found a lump in my shoulder in 2011, I went to one of the most famous English-speaking hospitals. They sent me home saying that tests weren’t necessary. But it still bothered me so after a year, I went back and forced them to give me the necessary tests – and found out that it was a malignant tumor. I was freelancing at the time and didn’t have Korean health insurance. Fortunately, NHIS doesn’t reject anyone because of pre-existing conditions, but I did have to retroactively pay the insurance fees for the entire time I had lived in Korea before I could get covered. I have it now of course, and my condition is considered a 중증병 “severe illness,” and therefore some direct treatments are 90% covered. I’ve since visited other hospitals and been ripped off, but I took my complaint to HIRA and they treated me wonderfully and was able to receive some of my money back! Lessons I learned: Don’t always trust famous hospitals, listen to your body, and always get second and third opinions.”

[author] [author_image timthumb=’on’][/author_image] [author_info]Gavin Pruitt is a health nut and self-proclaimed polymath from the central coast of California who tries his best to maintain a fitness oriented lifestyle through swimming, cycling, and running. He enjoys reading about everything, teaching his adorable elementary school students, science, technology, studying Korean, and pursuing higher education.[/author_info] [/author]