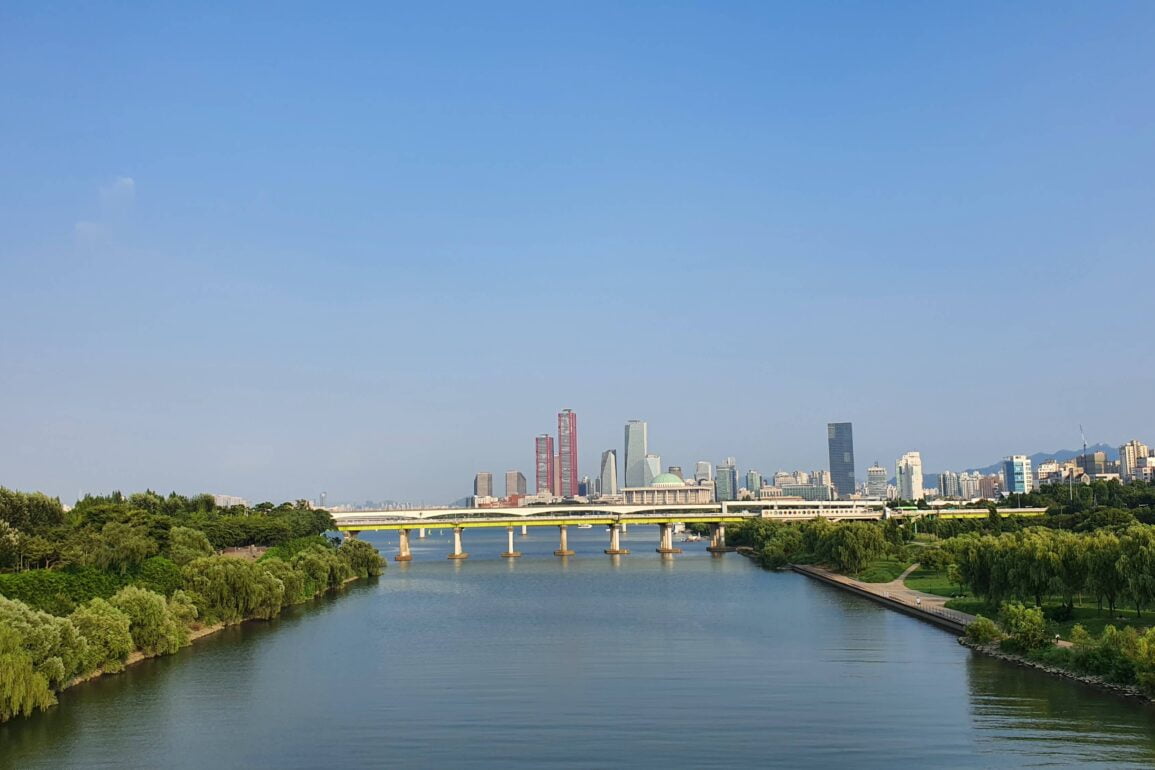 Seoul parks are places to take the family, visit museums, see animals, and just stretch out on a mat and relax. They are also great for people watching, as Koreans and their families flock to parks to socialize in public. With that in mind, here are short descriptions of five of the most interesting parks in Seoul.

While not technically in Seoul but rather just south of the capital in the suburb of Gwacheon, Seoul Grand Park is probably the ultimate “family” park in the area. It contains a world-class zoo that is particularly entertaining when visitors ignore the signs warning against feeding the animals. Try to see the otters fed outside the dolphin show, see the dolphin show, and then quickly nip back out to see the sea lions fed. Check your zoo map for a schedule of the various feedings and events at the zoo. The park also contains a theme park and the National Museum of Modern Art.

The park is ringed by a 7.5 km perimeter hiking trail and operates a trolley running to its major attractions. There is also a tram, which runs from the subway station to the top of the zoo. The trolley is 800 won and the cable car is more expensive, but worth it for the views it offers.

On slightly rolling hills, Yongsan Park is adjacent to the National Museum of Korea and makes a lovely place to relax and cool off after taking in the exhibitions at the museum. The park is scattered with picnic tables, chairs, plenty of space to spread out a mat, and plenty of vendors to fulfill your food or drink needs. The park has a formal garden as well a lovely pond, a triumph of artificiality with rocks and reeds arranged just so and an artificial waterfall and water mister pumping away in the background.

On most nice days you will find a couple of geese sleeping lazily on the artificial island in the middle of the lake, and this is a picture-postcard photographic opportunity. In good weather, Korean families turn out here in droves, spread mats, and picnic and play the afternoon away.

Perhaps the best-known park in Seoul, due to its central location and the stunning N Seoul Tower (more commonly known as Namsan Tower), Namsan is the “must do” park for tourists and residents alike. Namsan can be hiked from multiple points of entry and offers a quick and convenient cable car (11 am to 11 pm) from the base of its east side. Once on top, there are several restaurants and it is de rigueur to go to the top of N Seoul Tower and take in the splendid panoramic views of Seoul. Old-timers know to check out the view from N Seoul Tower and then descend from the mountain to take their meals elsewhere.

On the eastern side of Namsan Park is the Namsangol Hanok Village, an architectural time capsule complete with pond and pavilion. Visitors can explore hanok (traditional houses), experience tea ceremonies, shop, and learn traditional Korean games. On weekends in the summer, traditional wedding ceremonies are held at noon.

This is kind of a cheat, because there are miles of Hangang Park all along the river. Everyone has their favorite section, from the austere shores just beyond Seoul Forest through the busier Banpo Hangang Park to the wildly popular Yeouido Hangang Park. The more popular sections of Hangang Park feature convenience stores (some of which sell the eternally attractive combination of beer and fireworks!), and you can walk or bike on the paths along the river. Bikes are available for rental, and it’s always a good idea to bring a kite on a windy day.

Getting There Head to the river!

Seoul Forest, the biggest in the city, may be a bit of a letdown for anyone expecting it to live up to the hype comparing it to Hyde Park in London or Central Park in New York. The park is very artificial, carefully planned and planted. Seoul Forest contains a Cultural Art Park including the visitors’ center, an Ecological Forest that is only partially accessible to visitors, a “Nature Experiencing Study Field,” a Wetlands Ecological Field, and a rather barren section of the Han River Park.

The Ecological Forest is home to deer, elks, chipmunks, ducks, and moorhens and it’s cute to watch visiting children feed them. If you are into creepies and crawlies, check out the insect botanical garden in the Nature Experiencing Study Field.

How great are the parks in Seoul? We haven’t even mentioned Olympic Park, World Cup Park, Marronnier Park, Yeouido Park, but well, you get the point. For now, though, get out there and explore!