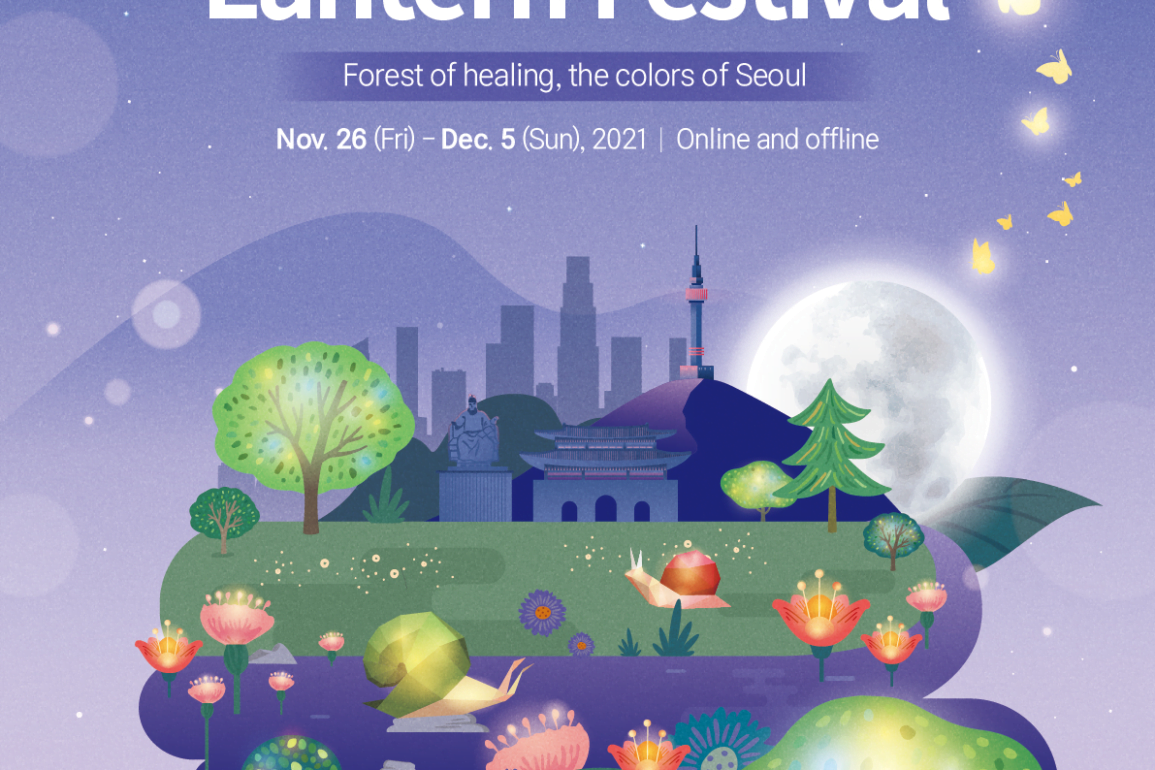 The Seoul Lantern Festival 2021 invites you to a unique lantern-lit, nighttime tour of Seoul. As one of the city’s leading festivals, the lantern festival has been lighting up the entire length of Cheonggyecheon Stream — from Gwanggyo Bridge to Jantonggyo Bridge — with hundreds of lanterns every November since 2009. Celebrating its 7th anniversary, this year’s festival sports the theme of ‘Seoul sightseeing through lights’. The colorful lanterns, which are works of art in and of themselves, will offer a beautiful and rare view of Seoul at night — full of culture and art.

The festival is perhaps most famous for its elaborately crafted lanterns, with each piece designed according to specific themes related to the Korean culture – for instance, there will be a Changdeok-gung-themed lantern as well as a Joseon Uigwe-themed lantern. The large lanterns, resembling parade floats, are designed by international artists from China, America, and the Philippines. Noteable lantern works by some of the most prominent artists are to be featured in the section between the Samilggyo Bridge and the Supoggyo Bridge. For attending children, lanterns designed after popular animation characters such as Robocar Poli and Pororo promise to create special memories.

The brilliantly lantern-lit Cheonggyecheon Stream evokes wonder in people of all ages every year. Bring your loved ones to craft lanterns, wish upon the Wishing Tree, and take in enchanting sights at the Seoul Lantern Festival 2015!