Expat Expertise: Putting a Premium on Your Health 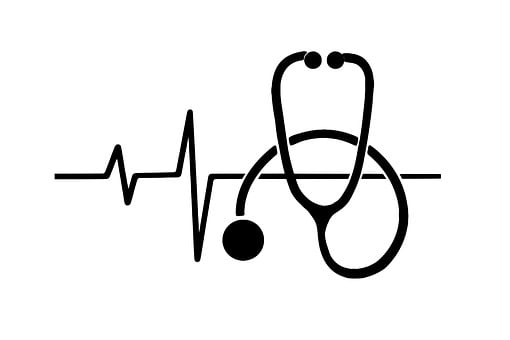 Language difficulties aside, Korean health insurance provides quality service at a fraction of the cost.

Although health care isn’t one of the first things that come to mind when you say Korea, maybe it should be. The Wall Street Journal cited the South Korean system as one of the five most effective systems in the world. Korea spends the fourth-lowest amount on health as a percent of the country’s gross domestic product (6.5%). However, it has the third-lowest public expenditure on health as a percent of total health expenditures (55.3%).

For expats, the most common complaint about the health care system here in Korea is the language barrier and the problems that it causes in gathering information about medical and insurance options. However, in terms of the actual quality of medical services that we receive in Korea and what we pay for them, Korea may soon gain more recognition worldwide, and deservedly so.

Everything begins with national health insurance, which is available to everyone working in Korea. You are covered (with a deductible) for nearly any medical situation as long as it is not classified as “elective.” This insurance is provided by the National Health Insurance Corporation, is paid for through a national tax, and is one which you must sign up for. The premium for this comes directly out of your paycheck, with your employer paying half if you are employed, or is paid directly to the NHIC if you don’t have a job.

For those employed by a government office (public school teachers) or private companies, their contribution is the same (50%). Your insurance cost is calculated at 5.9% of your monthly salary. For the self-employed or those who do not receive a standard wage, this gets slightly more complicated. Those on a student visa receive a lower contribution rate. For long-term residents, the rates are exactly the same as Korean nationals, based on income and property.

This insurance applies to nearly all medical procedures except electives and certain other expenses, depending on what the hospital or clinic offers. Medication is also covered, making your trip to the pharmacy very affordable. Traditional (Oriental) medicine and treatment including acupuncture are also provided, as well as more specialized services such as chiropractic. Basically, you pay from 20-35% of the costs for medical services with the percentage changing with the type of procedure.

The NHIC has an international relations department at its main branch in Mapo-gu, Seoul. Their main function is to assist foreigners with their health care issues. Their phone number is 02-390-2000, and service is in English. nhic.or.kr

Private Options
Even with the national health insurance, certain diseases or chronic conditions can become expensive as their treatments include options that are considered elective. These conditions may make it impossible to work. The deductibles on your hospital visits are also out-of-pocket and can be substantial as they are represent a percentage of the NHIC-set costs, not a set amount. Private health insurance is becoming increasingly necessary with the costs of medical care putting a huge financial strain on the NHIC.

There are several options open to foreigners interested in purchasing private insurance. The list of products can be staggering, and information is usually not in English. The most sensible option is to contact a private insurance representative directly and explain exactly what coverage you are looking for and let them tailor a package for you.
Standard health insurance is relatively cheap, covering small procedures and even legal protection. The more expensive “life” insurance covers larger procedures as well as drug and operative treatments. Many of the life insurance policies available function as a pension plan with payouts 10-15 years into the future.

The NHIC in Korea covers 90% of the costs of cancer screening and testing for specific types of cancer (stomach, colorectal, breast and liver). However, long-term care can be expensive, so most companies offer packages that include coverage for specific types of cancer. Note that the ceilings on coverage can be quite low on some packages (W20 – 30 million) which can be used up quickly for certain treatments.

Do your homework! Find out exactly what you want and ask about it. The language barrier often stops insurance agents from volunteering information. If you don’t ask them, they won’t tell you. Don’t become too frustrated with the constant “you should contact someone else”, particularly on the phone.

Khalil Mihad played on an American football team here in Seoul. During a game, he was injured but thought little of it. In such a violent sport, injuries of this type were considered typical. However, after a few days of minor discomfort, a sudden attack of pain revealed a hematoma in the spleen, requiring immediate surgery. After a bungled 4 am EMS experience, he found himself at the Samsung Medical Center in Irwon-dong. Mihad remained in the hospital for 11 days.

The costs for the hospital stay came to about W6,000,000, but with the insurance he carried through his job, nearly W4,000,000 of that was covered, leaving a more manageable bill. While this is certainly substantial for a newcomer to the country, it could have been much worse.

Johanna Haas was diagnosed with MS two years after coming to Korea. She was admitted to Boramae Hospital and given an MRI and lumbar puncture the same afternoon. Neurologists spoke with her in English, explained the diagnosis, and answered her questions.  She was prescribed Betaferon, a drug which slows MS and decreases the severity of attacks. The cost of this drug is US $1,200 per month, but 90% of this cost was subsidized by the National Health Service.  She was assigned, for no additional fee, a personal nurse from the drug company to train her to give herself the injections. After a full week spent recovering in the hospital, her bill was about US $1,500, a fraction of what it would have cost back home.