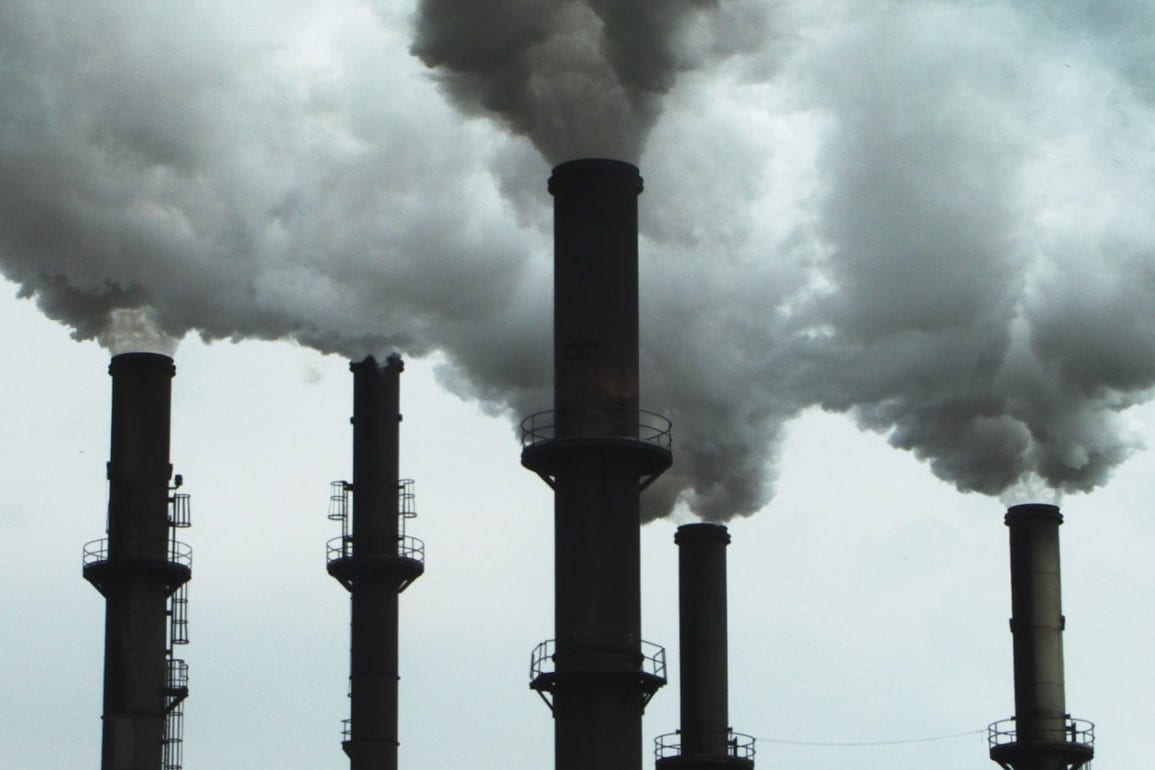 A team of young scientists based in Daejeon are developing a cutting-edge plasma technology that converts either carbon dioxide and methane or low-grade coal and water into clean burning hydrogen and carbon monoxide. Could this technology actually help reverse global climate change? 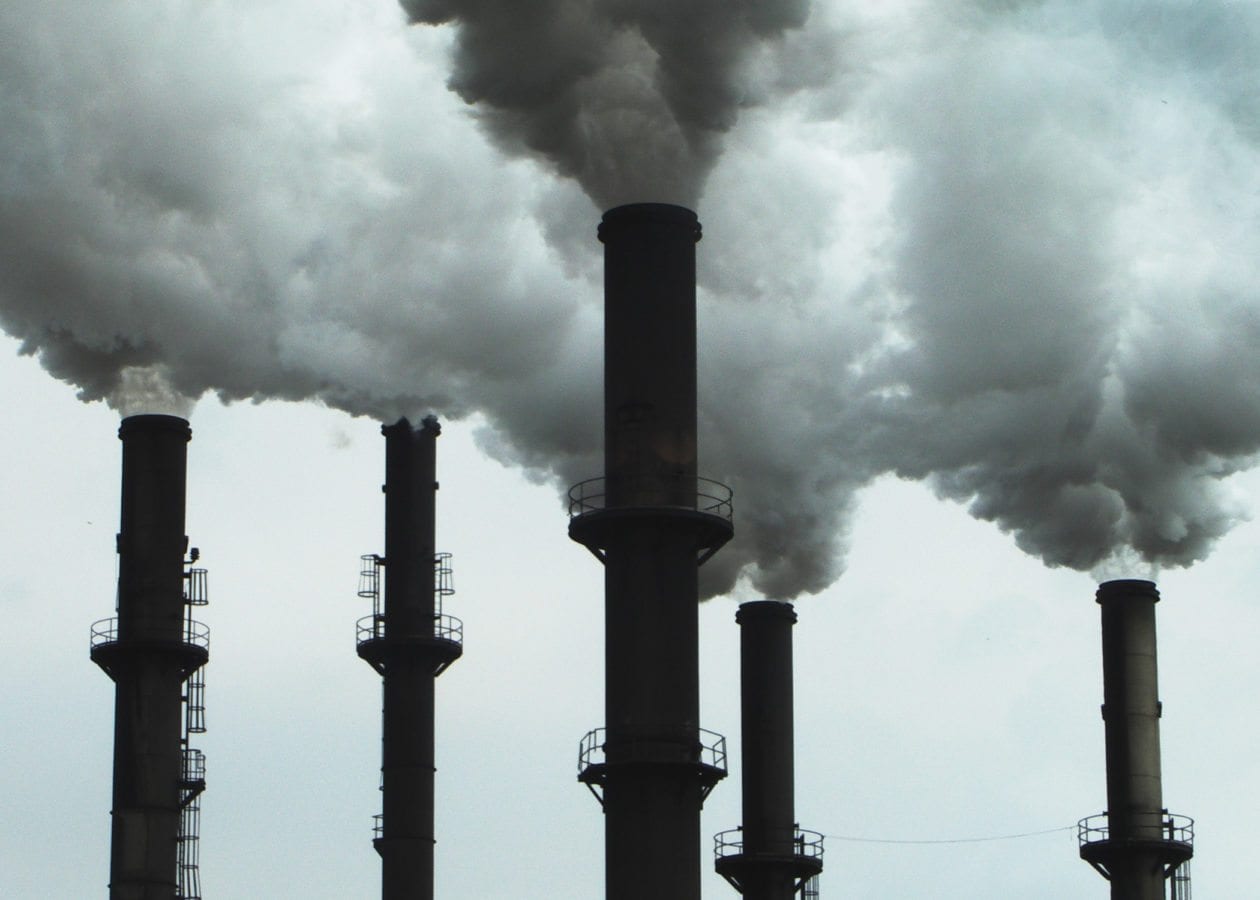 The world reportedly pumped an estimated 36 billion tons of carbon dioxide (CO2) into the air last year by burning coal, oil and gas. That’s about 700 million tons of the greenhouse gas more than in 2013, an increase of two percent, and it’s projected to increase an additional 2.5 percent this year. Ice caps are melting, oceans are rising and animal species are going extinct on a regular basis; that’s been the veritable mantra among scientists and climate researchers. But in spite of these dire assessments why does nothing change?

One explanation is a fundamental human motive: profit. There’s simply no financial incentive to change. We are living in an energy-thirsty world and, let’s face it, the world appears to only get thirstier. An ever growing number of coal-fired power plants are producing greater quantities of electricity, and emitting more and more CO2, the main heat-trapping gas from human activity.

Now a team of young scientists at a startup in Daejeon are developing an innovative solution that uses greenhouse gases to produce useful chemical commodities, and they hope to make oodles of boodle in the process. Dr. Uhm Sae-hoon, founder of EN2CORE Technology, was positively beaming when the 39-year-old scientist joined 10 Magazine for an interview at his lab at the Korea Advanced Institute of Science and Technology (KAIST), Korea’s premier school for science and technology. That economic incentive could be a game changer, Uhm says. The profit potential could attract big players like the state-run Korea Electric Power Company (KEPCO) to invest millions of dollars, helping the technology rapidly scale up and make a massive impact on both the environment and the company’s bottom line. 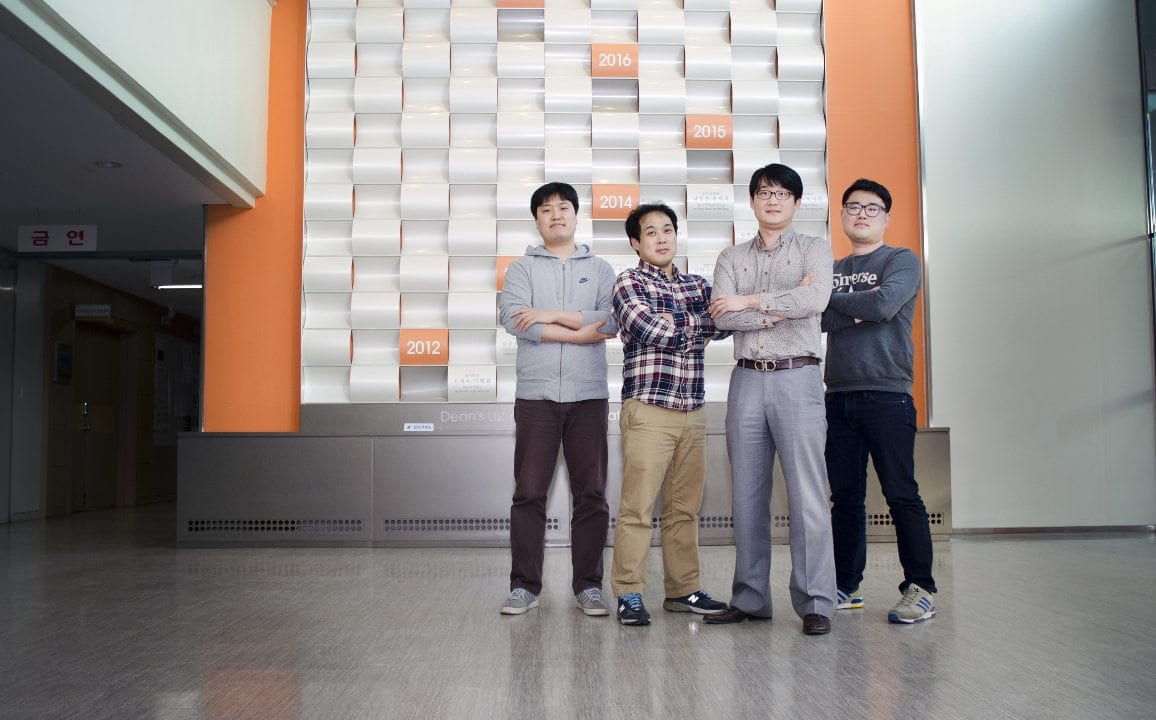 Carrying the nickname “Daedeok Innopolis,” nearly 30 high-tech R&D institutes are clustered together in Daedeok Valley in northern Daejeon where more than 20,000 researchers work, 7,000 of whom have PhDs. Dr. Uhm was confident that his team can bring EN2CORE’s CO2 converting plasma technology online by this time next year.

We entered the lab through a hole in the ceiling, descending a spiral staircase into a sprawling facility jam-packed with row after row of metal shelves stacked with machines, instruments and tools.

And yet, Uhm and his colleagues appear to be on the cusp of developing an ultra high-tech plasma device. The lesson here: it isn’t hardware that produces clever inventions, but a handful of smart people with enough space to do what they do. He and a few of his colleagues showed us the lab at KAIST as well as his reactor prototype.

Uhm led us to the back of the room where the plasma converter is. The machine itself was about the size of a refrigerator, not nearly as large or formidable as expected. Yet, it could very well be an eco-solution for coal-fired power plants in China, India and elsewhere emitting greenhouse gases.

EN2CORE is Uhm’s second business venture into plasma. He started his first company when he was still a student at KAIST. He and his classmate, Lee Yong-kwan, met while working on their PhDs focused in plasma at KAIST and launched Plasmart in 2000. Plasmart focused on monitoring and controlling plasma processes, diagnostic systems and atmospheric pressure plasma surface treatment systems. Their products served semiconductor and LED display industries until they eventually sold the company to MKS Instruments for $30 million USD in 2012.

On the heels of the success of Plasmart, Uhm and KAIST classmate Lee now run a venture capital group, Bluepoint Partners Inc., along with other colleagues from the prestigious science and technology university and outside investors. Bluepoint is a partner in EN2CORE.

Plasma offers a unique way to induce chemical reactions because the electrons in a plasma can be excited to intense energy levels, easily creating a swarm of charged particles. These swirling charged particles react further, re-constituting into new molecules. It is an extraordinary process that results in new chemical products. In this way undesirable compounds like CO2 can be broken up and pieced back together into new and valuable chemical compounds through the magic of plasma technology.

EN2CORE’s unique plasma technology takes two different sets of raw materials and produces synthetic gas (aka “syngas”), which can then be turned into a variety of other products.

One of these processes takes carbon dioxide (CO2) and methane (CH4) and turns them into carbon monoxide (CO) and hydrogen (H2), which in and of themselves are highly valued commercial products. The cleanest coal fuel power plants in use today still emit massive quantities of carbon dioxide. Thanks to the world’s second largest carbon market recently created by the South Korean government, it now costs money to emit carbon dioxide into the atmosphere. One method of limiting pollutants is for these plants to capture some of the CO2, liquefy it and then store it deep underground, in a process called “carbon capture and storage” (CCS), but this method can still eventually see CO2 resurface and pollute the atmosphere. EN2CORE’s initial profit will come from taking carbon dioxide off the hands of energy producers like the Korea Power Company (KEPCO) at the rate of $50 per ton – and using it as the raw material for this new process.

In addition to converting CO2 into useful chemical compounds, EN2CORE’s other key innovation allows it to take cheap, low-grade coal and process it with water to once again create carbon monoxide and hydrogen through plasma gasification.

The resulting syngas can be used as a fuel source or further processed to create a wide variety of end-use chemicals. In both processes the resulting hydrogen can be used as a zero-emission fuel for combustion engines or in electrochemical cells. The syngas can also be converted into hydrocarbons, alcohols like ethanol and methanol, and organic acids such as formic acid and formaldehyde. Although organic acids are not chemicals that EN2CORE aims to focus on, such compounds are integral in the manufacture of everything from cars to clothes.

Uhm summed up just how profitable his new plasma gasification process has the potential to be  — not to mention the benefits of CO2 conversion into syngas and valuable chemical compounds — after the cutting edge tech goes online. “It is very possible to scale up this technology because unlike other carbon-capture and utilization processes, ours possesses an attractive economic value,” Uhm says.

Their initial plasma generator is set to go online in April of 2016, and Uhm says it will process the CO2 emitted from about 5 megawatts of power production annually. That would mean consuming 36,000 tons of CO2, likely raking in about US$5.6 million a year in profit. “It could be scaled up beyond the 10 to 30 megawatt capacity in three to five years. “We see a huge market in servicing small power plants in India and China,” said Uhm.

Once the plasma generator is up and running anywhere in the world, the initial products it produces include carbon monoxide at $365 a ton, hydrogen at over $1,000 a ton and methanol at $400 a ton. These gases can then be utilized as intermediate compounds in the production of such valuable chemicals as ventilation air methane (VAM), acetic acid, gasoline additive MTBE and olefin, which can fetch anywhere from $550 to $1,000 per ton.

Get paid to dispose of the planet’s trash and then turn it into cash. Can you get a better business plan?

Despite what you may have learned at high school, there are actually four states of matter: Solid, liquid, gas, and a fourth state: Plasma.

Matter’s state can change if heat is applied or removed. As heat is added to a solid it is transformed into a liquid. If more heat is added, then the liquid becomes a gas.

But if still more heat is added, the electrons of the gas are ripped away from their parent nuclei, leaving a sea of free-flowing positively charged nuclei and negatively charged electrons.

It is this sea of electrons that imbue plasma with its electrical conductivity, its magnetic field, and its sensitivity to external electromagnetic fields. To rip the electrons away in this way, you generally need a very high voltage or immense heat.

Plasmas are similar to gases in that they don’t have a definite shape or volume. But they also differ from gases significantly in that they are electrically conductive and produce a magnetic field.

Plasma gives neon and fluorescent lights their glow, is formed during lightning strikes, and is present in plasma television. In the case of plasma TVs, these excited electrons collide with mercury, producing ultraviolet light that collides with phosphors, which produce light.

Chemists also classify fire as a plasma under special circumstances, and — this will blow your mind — the Sun is a plasma. Indeed, the magnificent dance of the Aurora Borealis is a result of plasma from the Sun interacting with the Earth’s magnetic field.

The distinct glow of plasma is generated by the occasional recombination of the negatively charged electrons and positively charged nuclei. The color of the glow emitted is determined by the gas chemistry.

A plasma is produced by blowing a gas into a vacuum chamber and then igniting this gas with electric power. The plasma takes on exotically rich colors depending on that gas. For example, Argon emits purple light; nitrogen emits a reddish orange one; and the light that a fluorocarbon like carbon dioxide emits is blue.

Plasma can also be used as a controllable reactive gas. For example if an object is placed at the edge of a plasma, then the charged particles will bombard the object etching away at the surface. This basic concept has been integral in the electronics industry to produce ever smaller panels of silicon, which are used in laptop computers and cell phones.

Plasma processing has proved essential in the rapid miniaturization and increased performance of computers. The information revolution would have been impossible without knowledge of plasma.