Jeonju by Any Other Name

Enlighten yourself about the past of Jeolla Province at the Jeonju National Museum.

Words and shots by Andy Clay 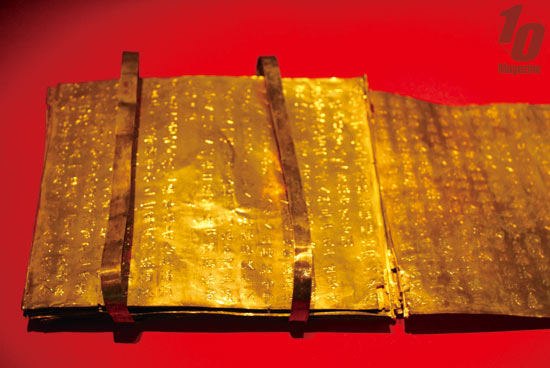 Where’s Wansanju? You won’t find it on a modern-day map of the Korean peninsula. In fact, Wansanju was renamed Jeonju in 757, when it became the local power center following the decline of the state of Gamhae (today’s Iksan). This is just one interesting fact waiting to be discovered at the Jeonju National Museum.
The museum focuses on the history and culture of Jeollabuk-do (North Jeolla Province). The Ancient Culture Room displays maps and archaeological finds dating back through the Baekje Period (18 BCE – 660 CE) and as far as the early Bronze Age. Many of the treasures here – including a bronze crown and a golden book inscribed with the Diamond Sutra – were discovered during excavations of archaeological sites around Iksan, Wanju and Buan. Upstairs are further galleries showcasing calligraphy, Celadon porcelain, and other artistic treasures from the region. The museum buildings are set in landscaped grounds, perfect for a spring picnic, which contain recreations of some of the tombs from which artifacts were recovered.
Clear explanations are provided in English, making the museum a fascinating visit for anyone interested in learning more about how the Jeolla region has helped shape the course of Korean history.

Getting There
Though hidden in a suburb of Jeonju, the Jeonju National Museum is well-served by buses. Catch any bus bound for Geumgu from a stop along Paldal-ro downtown (9, 31, 49, 61 and 161 are the most frequent) and get off at the Jeonju Bakmulgwan (전주박물관) stop about 20 minutes away on the edge of the city. By taxi, just ask for “Jeonju Bakmulgwan.” From downtown, the fare should be around W8,000 – W10,000. Open 9 am – 6 pm. Entry to the museum is free. 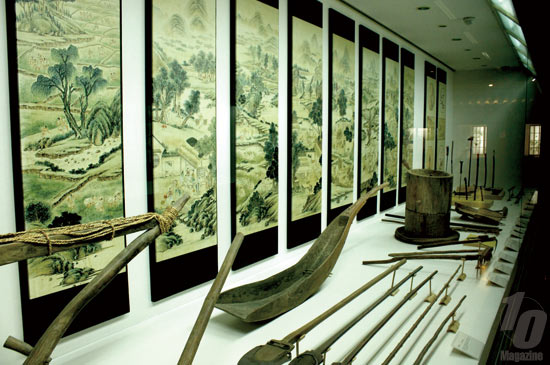