In The Kitchen with Dr. Shapour Nasrollahi of Persian Palace

In The Kitchen with Dr. Shapour Nasrollahi of Persian Palace

Words and shots by Peter Kim 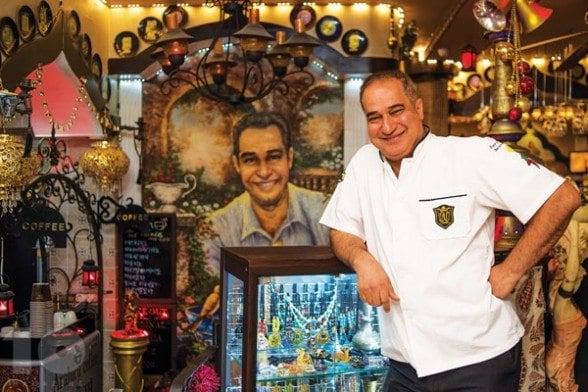 The 1988 Seoul Olympics brought Korea into the international limelight, introducing its culture to the rest of the world. It also led a young medical student from Iran to transfer to Seoul National University to continue his education. In between long study sessions and exams, Dr. Shapour started to adapt traditional Persian recipes to Korean tastes when he cooked for his friends. He has been serving Persian curry dishes in his adopted homeland ever since. Why would he turn a hobby into a lifelong pursuit? “That was my dream. It’s the things that I didn’t do that make me more sad than the things I did.” With that clarity of purpose, in 2002, he quit his practice and opened Persian Palace.

Dr. Shapour’s background has influenced his philosophy towards his restaurant. He sees each customer as a patient, and treating his patients means serving them delicious food that will have them leaving healthy and satisfied. This attention to the well-being of his customers is reflected in the spicy index where customers choose how spicy they want their dish to be. People who want a touch of heat would do well to get a level 2, and level 4 is for the people who want to feel the heat down to their toes. For the truly adventurous crowd, people who want levels 5 through 10 must sign a written release absolving the restaurant from any liability—it’s that scorching. 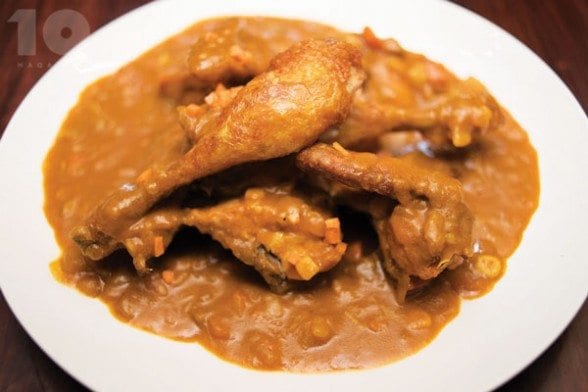 Snapshots of Dr. Shapour with Korean celebrities and appearances on TV shows blanket the walls of the entrance of Persian Palace. As customers go deeper into the restaurant, its Persian roots are displayed in oil paintings and Persian rug portraits blanketing the walls. Mini-frescoes and small lamps are peppered throughout, and cases of antiques fill up the narrow space. Despite its hidden entrance, Persian Palace has three dining areas, including several private dining rooms and a not-insignificant collection of wines.

Persian Palace’s curry reflects its northern Iranian roots, using fewer spices in smaller amounts than its Indian counterparts. Cardamom, coriander, and other spices typical of Persian food play supporting roles rather than dominating the dish. Ginger and garlic play large roles in its kebabs, which are also meatier than the traditional version. Dr. Shapour is proud of his large base of regular customers, and loves it when he is able to introduce his own version of traditional Persian dishes. Located at the entrance of Sungkyunkwan University, Persian Palace caters to university students and families, encouraging lower prices that satisfy its customers’ appetites. Dr. Shapour suggests getting the Chicken Jungsik, a whole chicken fried and smothered in a pomegranate curry. The kebabs, palak paneer are also local favorites. 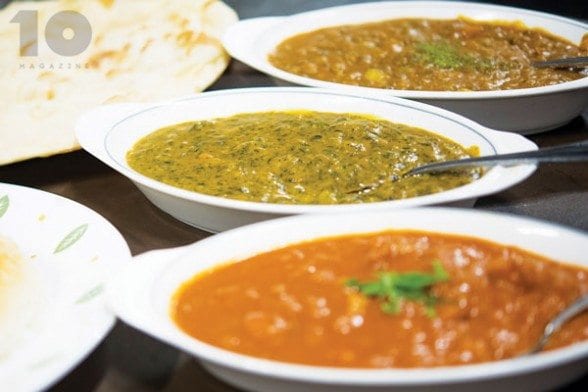