How To Watch The 2018 FIFA World Cup in Korea

Though as an expat in Korea you might be far from home, there are plenty of ways to watch your country compete in the 2018 FIFA World Cup. Whether you prefer streaming the games at home, cheering your team on at a crowded bar, or celebrating with thousands of other people in the heart of Seoul, we’ve got you covered.

With the games right around the corner, here at 10 Magazine, we’ve created a guide on how to watch the 2018 FIFA World Cup in Korea!

How to Watch The Games At Home 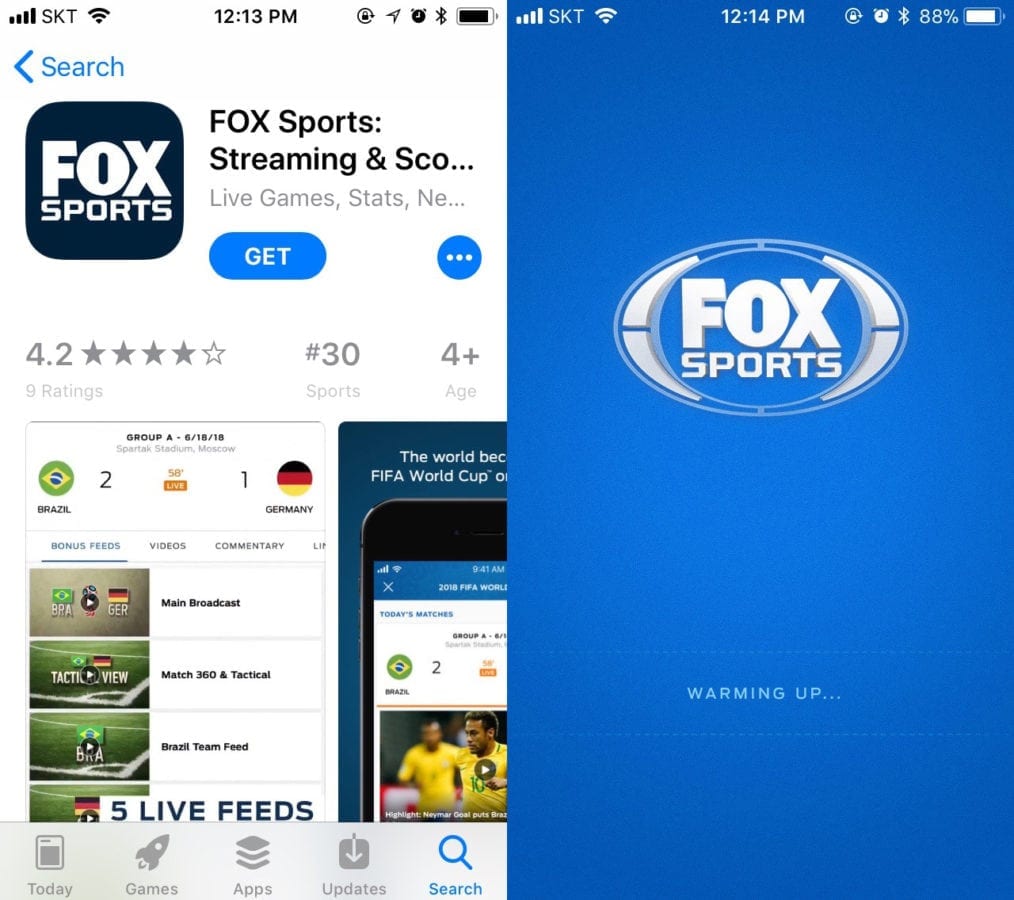 Starting from June 14, 32 countries will compete in the month-long football festivities held this year in Russia. Due to Russia’s multiple time zones, kick-off times for matches can range from 7 at night to 3 in the morning (Seoul time). For a full list of match schedules, check out FIFA’s official website.

The South Korean broadcasting rights for the World Cup belong to MBC, KBS, and SBS, so if you have Korean cable, you can easily catch the games on tv. To live stream the games on your mobile phone, download the MBC TV app.Keep in mind, though, commentary on these channels will be conducted in Korean without any subtitles. The coverage on these channels will also mostly be on the South Korean national team, which will kick off their opening game against Sweden on June 18 (9pm KST). The Taeguk Warriors are drawn in a tough group this year that includes Mexico, Sweden, and defending champions Germany. This first game is a must-win if Korea has any hopes of advancing to the knockout stages.

Expats with American TV subscriptions can stream games via the FOX Sports GO app. Be sure to enable a VPN before launching the app, as streaming is only available to customers connecting from an American IP address. Other streaming options include YouTube TV which includes channels like Fox Sports and Universo (for Spanish speakers) at $40 per month.

Which Bars to Watch The Games At

If you’d prefer to watch the games at a crowded bar with a lively crowd, and don’t want to deal with the hassle of figuring out how to watch the games on your own, then tons of restaurants and bars around the country are sure to broadcast games in which the Korean team is playing. Keep in mind though, it might be harder to catch your home country’s matches at these locations if they’re not scheduled to play against the Korean Taeguk Warriors.

If your team isn’t scheduled to play against Korea, head over to one of the many sports bars in Seoul. These bars are sure to broadcast many of the major international matches (during business hours) for patrons to enjoy. Just to be safe though, be sure to call ahead to reserve seating and confirm the availability of the game you’re planning to watch! Here are a couple options for you: 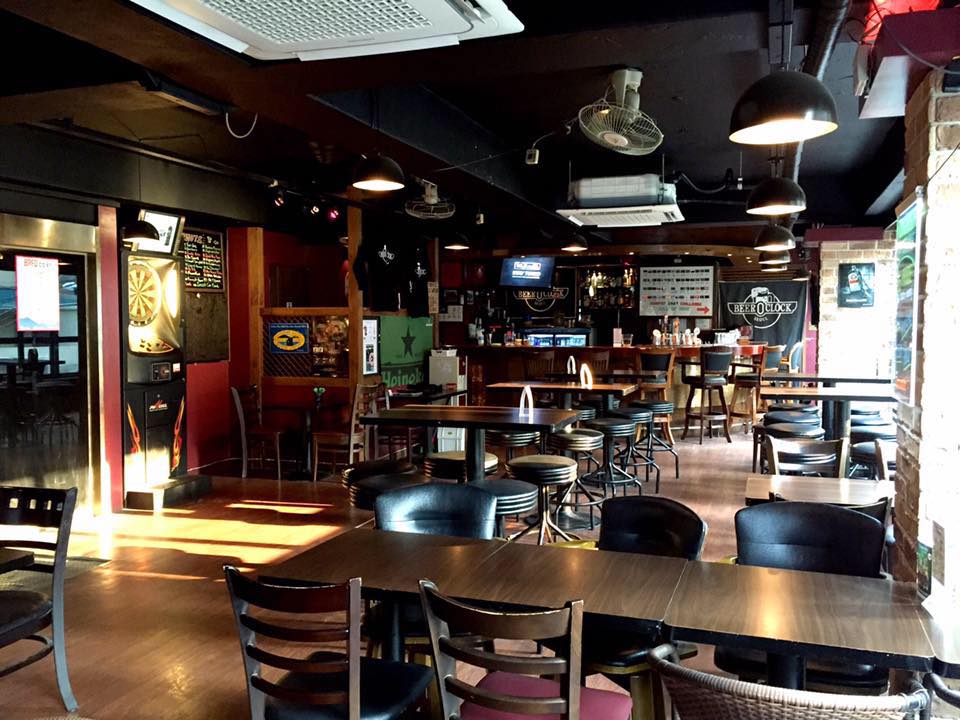 Run by friendly Canadian expats, Beer O’Clock offers delicious pizzas and a wide selection of bang-for-your-buck drinks. As a popular sports bar that always has a match playing on their screens, whether it be ice hockey, American football, or baseball, Beer O’Clock will definitely be a hot spot during the World Cup.

If you’re feeling adventurous, try their 10-shot challenge for 35,000 KRW. If you down all the shots within an hour (without bringing them back up), you’ll win points for your country on their big board. Last time we checked, Canada and South Korea were neck-in-neck for first place. 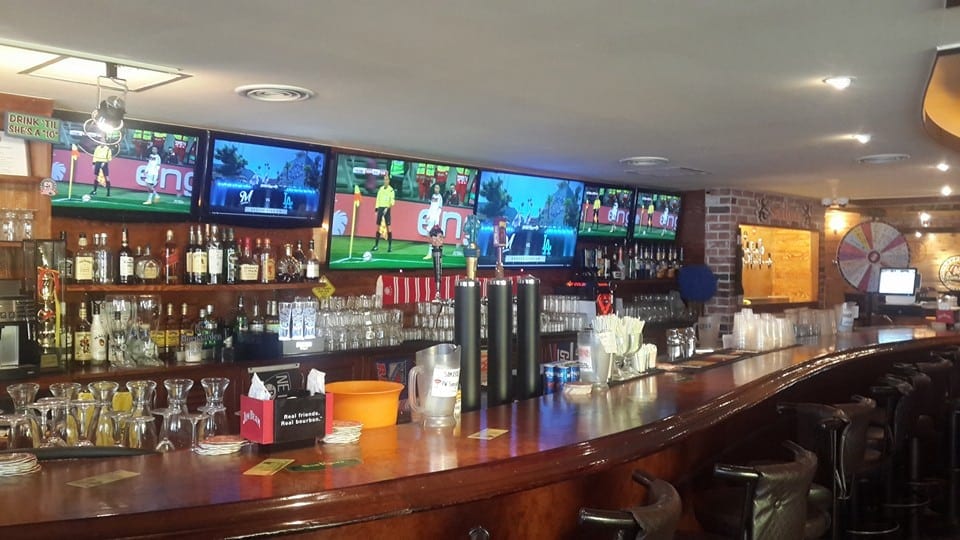 Sam Ryan’s definitely stays true to its motto, “All sports all the time,” with their multiple HD TVs that always have some sort of match playing in the background. The space is roomy and perfect for large groups looking to have a chill night out. Every Tuesday the bar has its weekly Wing Night, but the menu offers classic favorites like cheesy nachos and quality draft beers every night of the week. If you’re looking for a bit of competition, head over on a Wednesday for BAR-Athalon night, where patrons can play a multitude of games including beer pong and darts for a variety of prizes. 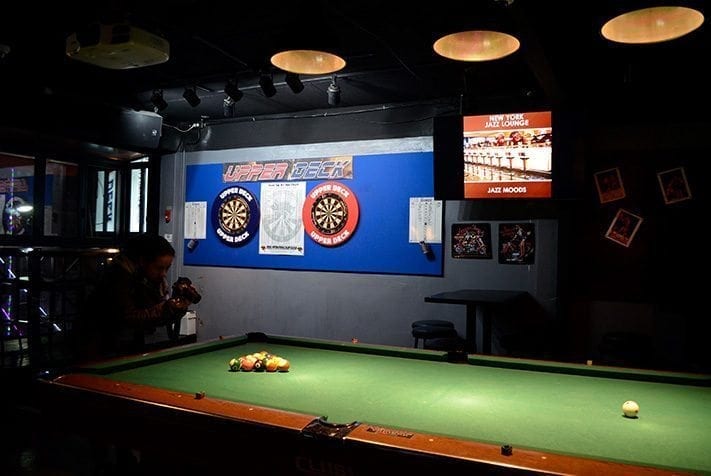 Credits to The Upper Deck

The Upper Deck is an American style sports bar that offers 13 kinds of draft beer along with popular American classics like burgers, wings, and hot dogs. The bar itself encompasses 3 floors and even a sky lounge beer garden on the third floor, where customers can kick back and enjoy the summer breeze. Whether you’re a fan of rugby, football, hockey, or baseball, you can count on The Upper Deck to be hosting some kind of event for any big games that are going on. Unlike most bars, The Upper Deck is open daily from 11 am to 2 am. 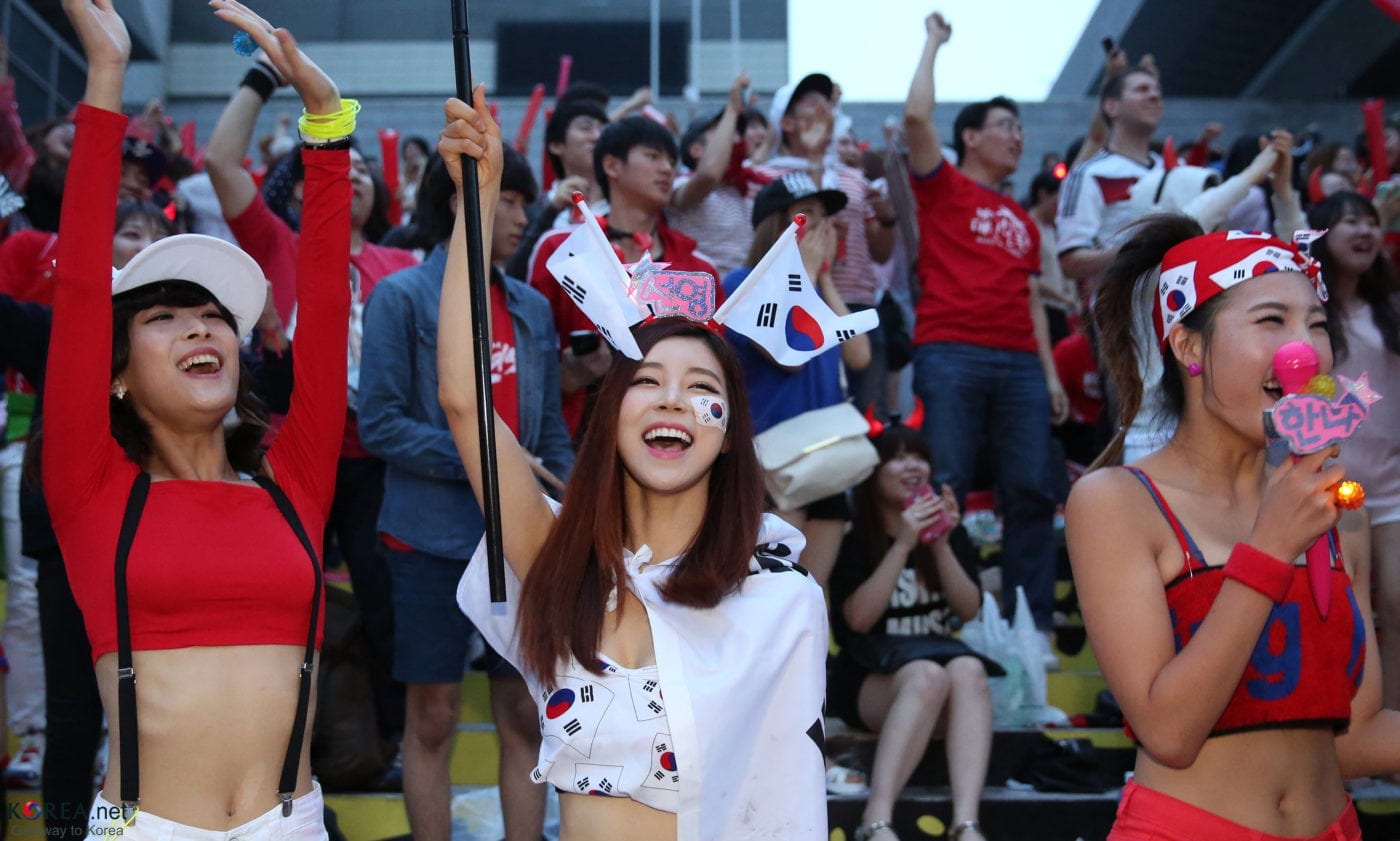 You’ll never see Koreans so animated and patriotic than during the World Cup Games. And you’ll never see this fact more clearly than when thousands of spectators gather together at Gwanghwamun Square to cheer on the Korean team. During this year’s World Cup, Gwanghwamun Square will be packed with onlookers loudly cheering on the Taeguk Warriors on June 18, 23, and 27. The events will be filled with viewing parties, pre-match performances, giveaways, and cheering events. The official the nickname of the Korean team’s fan-club is the Red Devils – so be sure to wear something red!

Two key players to look out for as you cheer on the Korean Taeguk Warriors at Gwanghwamun Square are Son Heung Min and Lee Seung Woo. As you watch the games on the big screen, you’ll be sure to hear their names mentioned again and again. Son, a 25-year-old winger, is a superstar in Korea and currently considered Asia’s best footballer, while Lee, dubbed the “Korean Messi” by scouts, is one of the youngest players participating in this year’s World Cup at just 20 years old.

For those who want to enjoy the games with a huge crowd, but with the added bonus of comfortable seats (and a big tub of popcorn), CGV will live stream every game in which the Korean team is playing. Check out their official website for reservations and more information.

Thanks for checking out our guide on how to watch the 2018 FIFA World Cup in Korea!