Halloween At The Best Club in Asia 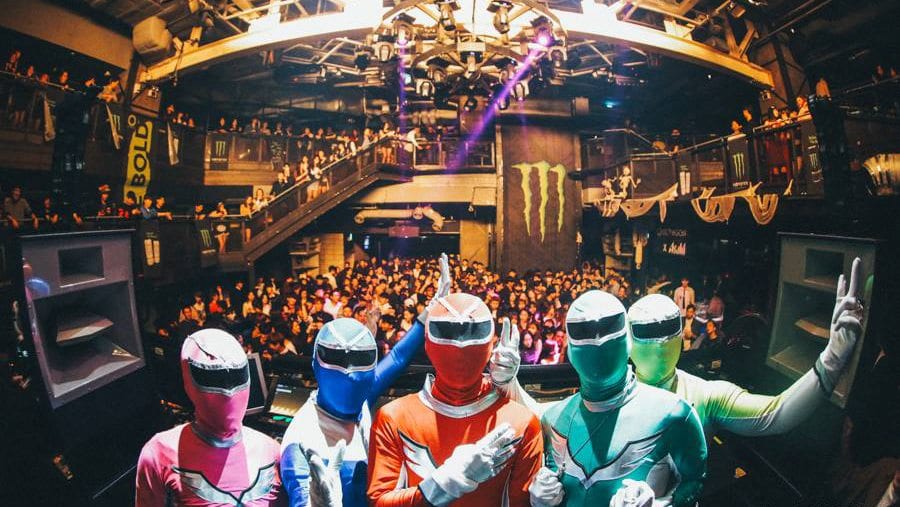 Halloween, a hallowed Western tradition, has finally arrived in Korea. These days the streets of Itaewon are where most people congregate to celebrate Halloween. Unfortunately, due to the crowds, it’s virtually impossible to find a seat in a bar, let alone a club.

From now on, the place to be is Club Octagon. This writer was fortunate enough to spend Halloweekend at the 5th best club in the world (according to DJ Mag). It was a night to remember, one that was full of not just excitement, but cultural enrichment.

One of the most important functions of any good club is their music. Thanks to their spacious interiors, Club Octagon divides its venue into a hip-hop and EDM zone. One club-goer from Germany praised Octagon’s diverse music taste, which ranges from techno, house music, and trap. He remarked: “This is one of the only places where I can enjoy multiple styles of music. Usually, most clubs only play one genre of music and I hate that”. Indeed, Octagon regularly hosts various DJs including Marshmello and Quintino, all of whom bring their own unique style of EDM.

However, for this writer, the hip-hop zone was just as lit. What made Octagon’s hip-hop lounge stand out was the tendency of the DJs to blast both mainstream and classic hip-hop. Most clubs play songs from Jay Park or Zico, but how many blast classics from legends like N.W.A. or Biggie? This is what makes Octagon the place to party, regardless of your birth date.

One moment I was going wild to Wiz’s “Work Hard, Play Hard” and the next I’m drowning in the sentimentality of Sik-K’s “Party”. We got into Octagon around midnight and when I checked my watch it was already 3 AM. Time really seemed to fly by when you were having this much fun.

Unfortunately, some Korean clubs have garnered the reputation of being unwelcoming to foreigners. Club Octagon dismisses these prejudiced policies and welcomes anyone regardless of their nationality. One gentleman from Italy stated that Octagon was the only club in Seoul he frequents because of their open-door policy. More specifically, he told me: “I can come here and feel comfortable knowing that I won’t be judged based on my appearance”.

In fact, I discovered that Octagon hires both Koreans and non-Koreans to their staff. While conducting interviews in line, I met a Finnish expat who is a part of Octagon’s party promotion squad. Throughout the night, whether it be the party promoters or managers, every employee stressed the importance of cultural diversity. As long you have a valid ID and adhere to their dress code (no shorts or sandals), you are always welcome in Octagon.

Simply put, Club Octagon is associated with the word “club” in Korea. When I asked expats why they came to Octagon, most of them answered that a friend recommended it. Due to its popularity, you’re more than likely to encounter a few celebrities at Octagon every weekend. In fact, Octagon was named in CNN Travel’s article “10 things you’ve got to do in Seoul“.

That night, Octagon was kind enough to provide Monster energy drinks free of charge to patrons. It was a small but touching gesture, by ensuring their patrons would have the energy to have a good time.

Another pleasant perk was the free entry before midnight offered to anyone in a costume. Whether you were a male or female, as long as you were dressed up, it was free. Also, I found Octagon’s location extremely convenient for mobility. More specifically, right outside of the club there is multiple convenience stores and coffee shops, where one can take a breather. After three hours of non-stop dancing, it was a relief being able to head outside and grab a water or simply sit in the fresh air.

However, the party doesn’t stop outside the club, people are always milling around the entrance and socializing. While I was outside conducting interviews, I saw multiple instances of people taking pictures together or chatting up strangers regarding their costumes or where they were from. It was a truly global party that made me forget about nationality or social status.

Note: Most nights, entry to Octagon costs 30,000 KRW, but it comes with a two-drink coupon. Also, there is a 3 drink coupon lottery available via Trazy. Occasionally, free entry is available and you can check for those announcements via Octagon’s Instagram or Facebook pages.

My Halloween at Octagon was one of the most memorable nights I’ve ever spent in Seoul. I’ll be back next year and hope to see you (Korean or expat) there partying the night away! It’s truly one of the only clubs in Asia that stress the importance of nightlife and cultural diversity into one comprehensive experience. If you’re looking for more information regarding Club Octagon or have any questions, feel free to shoot me an e-mail!