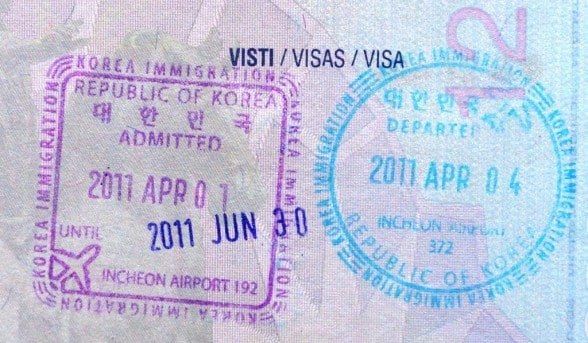 The South Korean government has doubled its fees for most visa and immigration-related applications. According to the Korea Immigration Service, application fees to change one’s visa status or to extend one’s stay has increased by 100% since January 1, 2014.  Among these, the application fee to change from a temporary visa to F-5 permanent resident status has seen the most significant jump in price. Its fee has quadrupled from W50,000 to W200,000. Fees for changing or adding a workplace have doubled from W60,000 to W120,000. Stay extension fees have also doubled from W30,000 to W60,000. Critics say that this spike in fees goes against the country’s multicultural policies and have expressed strong discontent. However, the Ministry of Justice has claimed that this is the first such increase in 15 years, and that these new fees are now comparable to those of other countries. Visit hikorea.go.kr for an official list of increased immigration fees.