In The Kitchen with Chef Si Hyun Kwon of Paco Loco 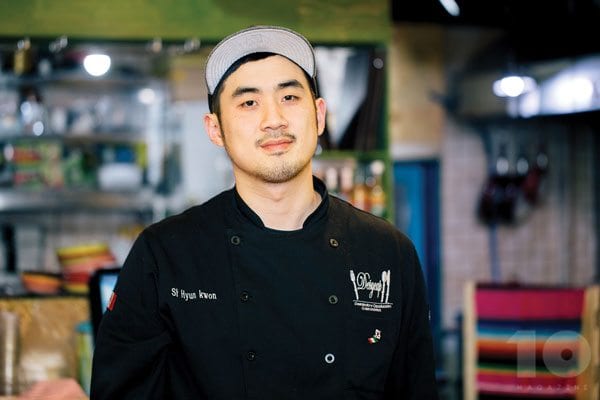 The quest for good Mexican food in Korea can be an emotionally difficult endeavor that begins with naive hope and excitement, but often leads to disappointment, sadness, or settling for something that is “okay.” However, taco aficionados should certainly not quit, because the journey may finally come to an ecstatic resolution at Paco Loco, a cozy Mexican restaurant that offers the very authentic flavors that are difficult to come by on this peninsula.

From the first bite, the most salient feature is the tortilla. Made with corn masa flour imported from Mexico, the tortillas are prepared fresh every morning at the restaurant and are the fundamental quality that makes Paco Loco’s tacos stand out from the rest and in demand by natives and diplomats living in Korea. Their homemade salsas, meats, and aromatic flavors further add to the delight of tasting the food. 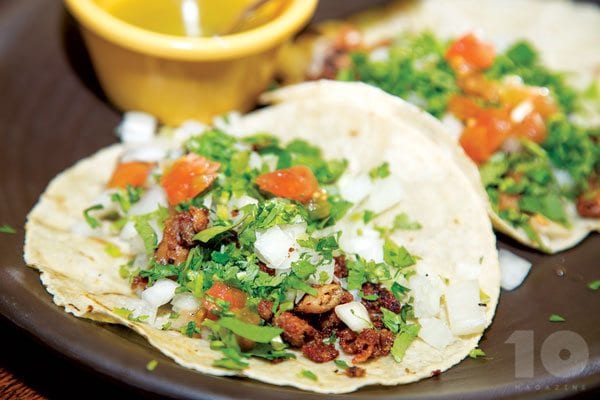 Owner and head chef Si Hyun Kwon opened the first Paco Loco restaurant in 2012 around the University of Seoul. At the time, Chef Kwon served his favorite Mexican foods: classic burritos and tacos – just like any other typical Mexican restaurant in Korea or America. Just a year later, Chef Kwon decided to close the restaurant after a comment that his Mexican friend, who was studying in Korea, gave in regard to the menu.

During his visit, Chef Kwon took on learning about Mexican cuisine with a passion. He completed an intensive training course under the supervision and guidance of a chef and professor at a culinary academy. His mentor and teacher not only taught Chef Kwon how to prepare Mexican dishes, but also taught the culture and history of the Mexican cuisine.

Chef Kwon also sought advice from his landlord who made terrific homemade meals, and his neighbor who ran a taco truck around the neighborhood. Oftentimes, Chef Kwon even helped out at the taco truck enterprise. 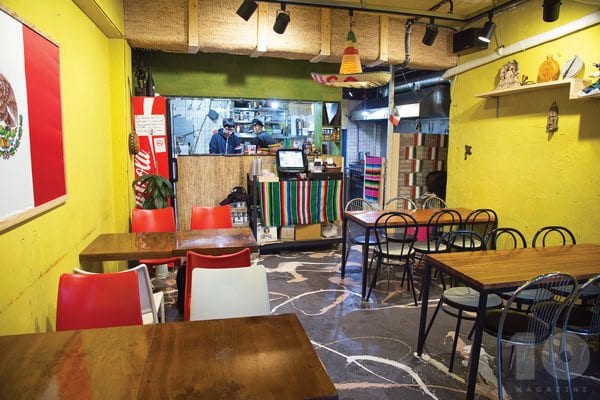 After returning to Korea in 2013 with first-hand experience and knowledge of Mexican cuisine, Chef Kwon opened a new, resurrected Paco Loco in Noksapyeong, Itaewon with the motivation to introduce authentic Mexican flavors to Korea. “Many Korean elders have come in to try the menus at the restaurant and enjoyed the food,” says Chef Kwon.

“This made me believe that Mexicans and Koreans have a similar palate for taste; we like spicy flavors and we enjoy eating similar things like cow tongue, intestines, and chicken feet. It’s just the sauces that are different.”

Chef Kwon hopes to introduce authentic Mexican flavors to more people who may truly appreciate this new experience for their taste buds. Popular dishes to try are the tacos, particularly the Taquiqueso, which is filled with pork encrusted with a layer of grilled cheese and topped with homemade guacamole, cilantro, tomatoes and onions, and the Tripas (for the more adventurous), which is filled with crispy cow intestines boiled and grilled to perfection and topped with fresh cilantro, tomatoes and onions.

For the cold winter season, Chef Kwon recommends the Pozole, which is a delicious, hearty soup comprised of soft pork, corn, onions, limes, herbs, and chile’s that give it rich, aromatic flavors and a spicy kick.

When I asked Chef Kwon what he thinks he would be doing instead if he was not spreading happiness to Mexican food lovers in Korea, he replied with, “Civil Engineering.”