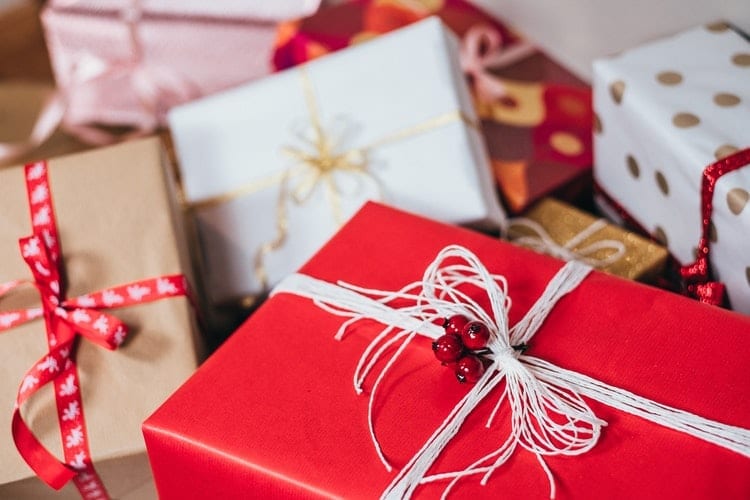 Gifts by Freestocks via Unsplash

Christmas is coming around again, which means people are wishing to reach into their pockets and give to a charity during these cold winter months. Charitable donations, which can be more than just the gift of money, is a way to share the Christmas spirit of giving. In Korea, many charities are accepting donations, holding events and Christmas themed donation drives to help out those in need.

If you’re looking to participate in the gift of giving this Christmas, here is a list of charities accepting donations this December.

The Salvation Army is painting Korea red again this Christmas, expected to bring out their Red Kettles and asking for donations to help those through the bitter end of the year. The Salvation Army is known internationally as a humanitarian NGO with the aim to provide support in situations of hardship. This includes providing protection and care for the elderly, emergency support for women, care and education for unwed mothers, advocacy and support for minority groups, empowerment for multicultural families, living assistance for homeless and aid to those in crisis. The Christmas kettles have been an integral holiday symbol since 1928, making 2018 the 30th year. All proceeds go to those struggling through the Christmas season, including the poor and homeless.

Save The Children has a special offer lasting this Christmas, offering a 2019 Christmas calendar to those who donate a regular donation this December. Save The Children is officially celebrating its 100th year, and wishes to thank donors by providing them with this special gift. The charity focuses on supporting domestic and international children by providing them with access to basic human rights, including housing, clothing, food and education. The calendar is handwritten by children around the world who have been aided by Save the Children, and features Save the Children’s 12 different campaigns and projects with beautifully designed photos. To make a regular donation, follow this link and input how much you would like to donate (the first option is a regular donation). Then click the big red button that will prompt you to  You will then need to verify your identification using a cellphone or creating an account. If you have any questions, send an email through to webmaster@sc.or.kr or send a message on their Facebook page.

Below are also a list of charities who aren’t running Christmas themed charity events, however, are accepting donations all year round.

The Korean Unwed Mothers Families Association is a charity that supports unwed single mothers in South Korea. Currently, there is still a social stigma in Korea that affects unmarried mothers, which is where KUMFA comes in. KUMFA rallies for the legal and social rights of these mothers, while also providing them with the support they need. Some of these supports include, but are not limited to, support through financial education, 24-hour counseling, a short-term emergency shelter (HEATER), advocacy through the Human Library project, community involvement, regular meetings with other members and family camping activities. They accept monetary donations and volunteers, as well as donations of quality unwanted goods that are useful for mothers and children. Also, patrons are welcome to pop into their cafe in Yeouido, Cafe Pragus, where proceeds go toward helping unwed single mothers throughout Christmas.

The Make-A-Wish Foundation is a charity that is recognisable all over the world, and has been granting wishes to terminally ill children for decades. As of 2018, a total of 4,128 wishes have been granted by Make-A-Wish. These wishes can include anything within Make-A-Wish’s power, often including organising meetings with the children’s favourite celebrities, buying them their favourite things, taking them on their dream trips, helping them complete their bucket lists, giving them their first career experience and memories with their families. The Make-A-Wish Foundation not only grants wishes, but also delivers hope, courage and joy to children suffering from incurable diseases. Their donations page is open all year round, so if you wish to grant a wish this Christmas, take a look at their webpage for more details on how to sponsor a child. Donations can be made routinely or as a one-time offering.

Aptly named, this charity aims to grant liberty, a basic right for all human beings, to North Korean refugees. Liberty in North Korea focuses on the safe extraction and rehabilitation of North Koreans through rescue missions that ensure every refugee gets the quality of life they deserve. These missions involve precarious trips to China, where many North Korean citizens in strife escape to and are forced into illegal trade or dangerous work. Many of these refugees do not have the resources or knowledge to make it out of China before they are sent back to North Korea, where they risk the possibility of imprisonment in labour camps, torture, and execution. LiNK has already helped 939 refugees make it out of China safely. It costs around 3,000 dollars to fund a North Korean refugee’s rescue and resettlement, including transport, basic needs, accommodation, fees to pay fines or networking partners, emergency funding and a settlement fund. Liberty accepts monetary donations and fundraisers, and can also get patrons in contact with North Korean refugees willing to make public appearances to spread the word about Liberty’s work.

Korea Green Foundation (KGF) is a South Korean based, globally projected environmental organisation that aims to raise awareness for the environment. They support environmental activists at home and abroad as they educate the public about environmental issues, including climate change. They also provide the public with ways to combat climate change, to reduce their damaging footprints, and how to work toward a green future. Some of their previous campaigns have included the building of solar lamps in their “Light of Life” project, building wells in their “Water of Life” and now are carrying out their “Ecovillage” project in pursuit of making sustainable eco-villages around Asia. KGF also connects people for environmental causes, through their Green Friends, Green Kids, and Green Culture activities. They not only accept donations through their webpage, but also encourage patrons to get involved in their Green Film Festival and 350 Campaign as well.

“A Voice for the Voiceless”, reads CARE’s opening page, which is more than fitting for this charity that fights for the rights, care, and protection of animals in Korea. The Coexistence of Animal Rights on Earth (CARE) was founded in 2002 and is the largest animal rights organisation in South Korea. Their main focus is on rescuing, rehabilitating and re-homing abused or neglected animals by running a no-kill-policy shelter, two adoption shelters, and an education shelter. They also campaign for the protection of animal rights, as well as investigate and report on wider issues concerning the wellbeing of animals. Their undercover operations have exposed many hidden secrets that surround animal cruelty. They also campaign against South Korea’s dog meat industry, puppy mills, the fur industry, factory farming, animals in captivity, and vivisection from a wider perspective of living a cruelty-free lifestyle. They accept donations via their website, which also provides more information about how to give an animal their forever home.