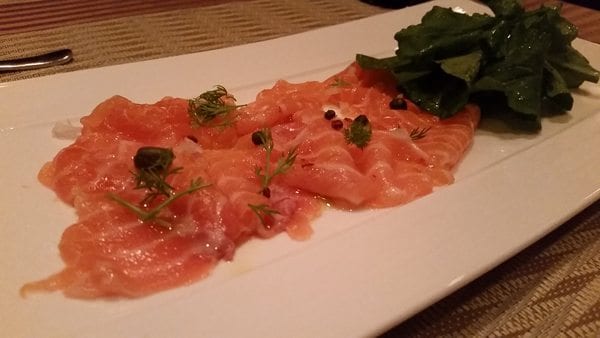 French restaurants in Seoul, Korea are a rare find. Who knew a mom and pop restaurant in a basement near Konguk University was serving up some of Korea’s best, most authentic French cuisine?

10 Magazine does not notify the restaurants that they are being reviewed and pays for all meals.

When the taxi dropped me off I thought I was screwed. “There can’t be a French restaurant in this neighborhood; if there is it’s gonna suck,” I thought to myself as I glanced at the old 2- and 3-story buildings housing hair salons, cheap pubs and Korean restaurants. I was used to the safety and security of first-rate French restaurants in popular areas like Un Deux Trois in Itaewon. This was getting way out of my comfort zone.

After a little searching with Daum Maps I finally got to the place. Fortunately I speak Korean, because the sign above the entrance was in Hangeul. As I walked in, I saw that my dining guest had already arrived. As the GM of a 5-star hotel, the man would know good cuisine. A subtle fear that were about to be disappointed started to creep in.

We looked over the menu and it had some positive signs, one of which was the simplicity; there were only two course menu options. You’ll want to go with the Special Dinner Course option, which offers a 7-course meal starting at W49,500 and going up to W66,000 depending on the main course you choose. The Formal Dinner Course was the same thing sans “Chef Recommendation Appetizer” and with the Beef Tenderloin as the main at a W1,000 savings. It seemed as though they had added the option to fill the left page of the menu. Who would skip a course for W1,000 savings?

Service got off to a very good start. The chef came out from the kitchen to personally recommend dishes and answer questions. Impressive. His English wasn’t great, but it did the job. He much preferred Korean or French, and his obvious preference for reverting to French reassured me that the dining experience wouldn’t be a complete disaster.

We were both interested in the Coq au Vin, but they were out. I ended up choosing the Lamb Chop Steak (W66,000) while my friend went with the dish strongly recommended by both the chef and the waitress, the Osso Buco (W66,000).

The first course, the amuse-bouche, was a thick pumpkin soup. Tasty, but entirely too reminiscent of a small lukewarm hobakjuk (호박죽) to impress much. Two bites of, “Meh.”

Things really started looking up with the salmon carpaccio. The salmon was just the right temperature and texture. The seasoning was excellent, with the savory capers complimenting the herbs perfectly and the mixed with the greens adding a nice bitterness to the buttery fish. Maybe this place would impress after all.

We took a slight step back with the croque-monsieur, a toasted ham sandwich with cheese melted on top. Nice, but nothing to write home about. The ham was obviously of good quality but hard to taste with the single thin slice they had incorporated. Decent, filling appetizer. I was afraid they were loading us up to serve miniscule mains.

But then came the mains – oh those mains! W66,000 became an absolute steal as soon as they landed on our place mats. My three massive bone-in lamb chops  had been seasoned perfectly and cooked exactly as I had ordered them. My dining cohort had done well to listen to the waitress and chef’s recommendation, as the veal in the Osso Bucco was so tender knives were unnecessary; the edge of any spoon or fork would be more than enough. Both were absolutely exquisitely delicious. From here on out anything else would be icing on the cake.

The icing on the cake turned out to instead be creme brulee. We had decided we would order one of each and split the two dessert options, apple pie and creme brulee, but they were kind enough to split the pie for us and bring two creme brulees. Coffee or tea included (course #7), I decided that I would forgo a good night’s sleep for the evening so that I could experience the bitter coffee with the sweet desserts. It was so worth it. The coffee was first rate. A few hard taps to break through the crusted top and get to the delicious egg custard heaven. The apple pie was also good, with a focus on freshly-baked apples served on a light crust. But how do you compete with custard and an exquisite bitter coffee?

After chatting with the waitress and chef, we found out that they were a husband and wife team. They were the only two working on the Wednesday night that we visited, but they said their regular staff member who speaks more English was off that evening. The regaled us with details of how they had lived over 10 years in France and Chef Kim had attended the world-famous Cordon Bleu for three years to hone his cooking skills. Upon further reflection, the only way they could charge prices like this for this caliber and quantity of food is to pay the reasonable rents afforded by a basement location in a relatively remote location. My dining cohort and I both agreed that it had to be on par what you would get at a nice restaurant in France, although neither one of us was French. I’ve since heard from French friends who have visited, however, that it is absolutely true.

Check out these other restaurant reviews for Tasting Room and Mingles.