Backyard Wrestling In The Streets of Korea 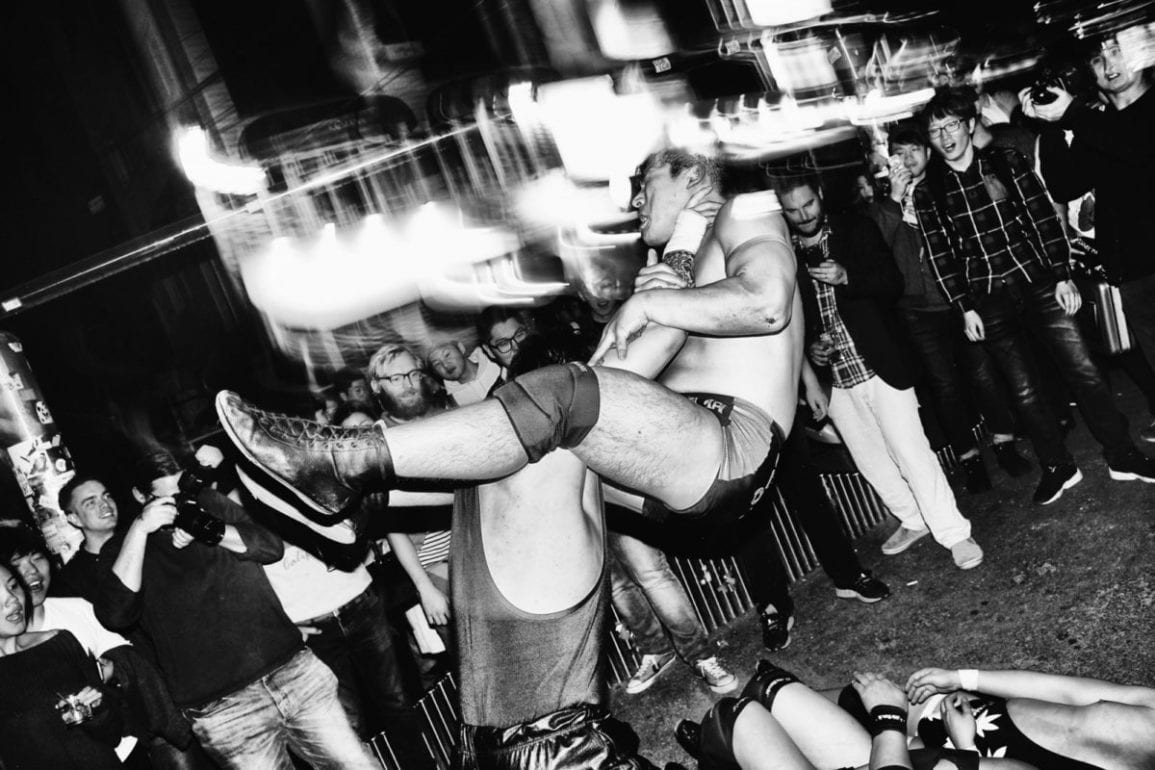 Pro Wrestling Fit is a South Korean wrestling group that fights anywhere, be it in a gym, club, or even a busy city street.

One of South Korea’s only wrestling organizations, they hold monthly matches called Supernovas at their Dream Storage gym in Goyang. Located northwest of Seoul, it’s about a ten minute walk from exit 2 of Goksan Station. To promote themselves, they fight at unconventional places in backyard wrestling style.

This fight event took place during an underground rock show dubbed, “an unholy unity of music and wrestling” at Club Freebird in Hongdae (a district of Seoul known for their urban arts and indie music culture). Between the opening act and the headlining band, the PWF wrestlers were introduced and immediately started sparring.

To the surprise of the audience, they quickly took their fight out of the club and into the city streets. Enticed by the offbeat, the audience couldn’t help but chase after and marvel at the ensuing high-energy performance.

Check out Pro Wrestling Fit’s official Facebook page or website for more information on how to see one of their amazing shows.