A Taste of Spain in Seoul | Expats of Korea 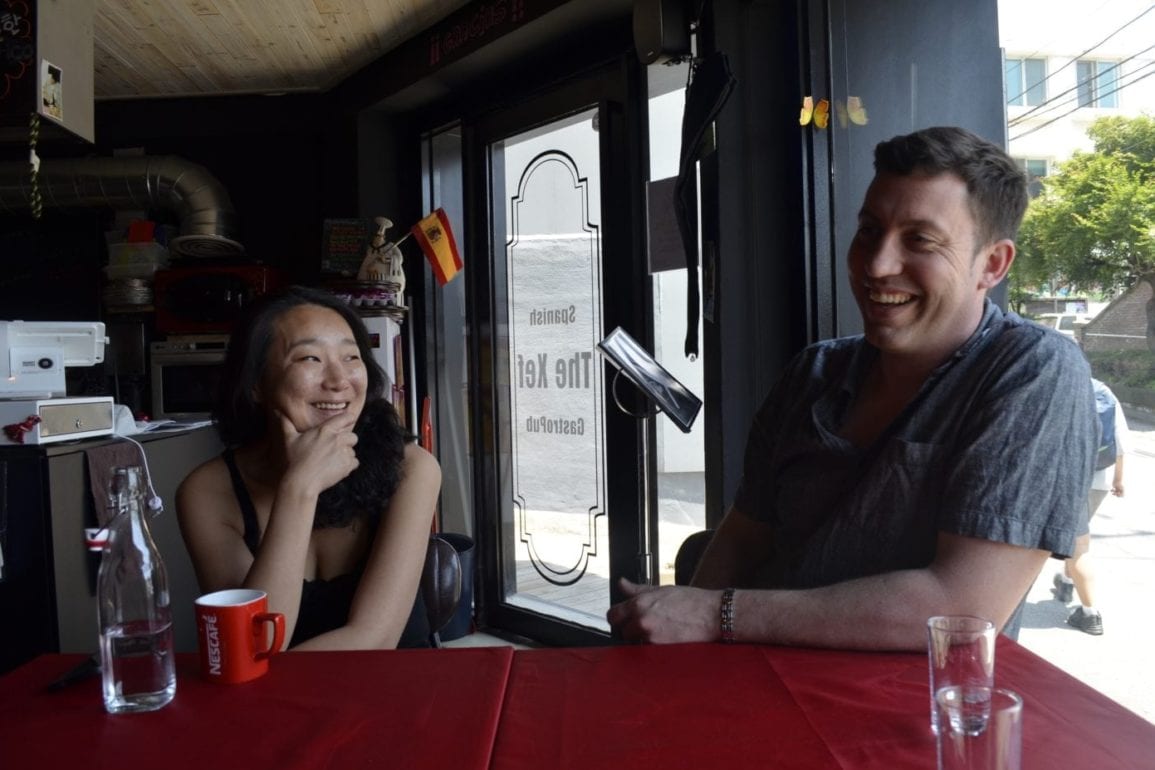 This week our interviewee is Manuel Manzano, chef and owner of The Xef, a Spanish restaurant located in Yongsan. Originally from Barcelona, Manuel moved to Korea in 2008 and recently opened up his own restaurant together with his wife Ina. Among other things, we talk about his life in Korea, the art of being a chef, and holding onto your roots whilst living in a foreign country for over 10 years.

A Taste of Spain in Seoul
Expats of Korea

The location of our final interview is The Xef, a small Spanish restaurant near Hyochang Park. The restaurant is small, but cozy. The kitchen is open and directly connected to the dining area, allowing for close interaction between chef and customer. The whole atmosphere breathes Spain.

The window is lined with Spanish wine bottles. The Spanish flag hangs proudly from the ceiling. In the corner, a guitar stands on a pedestal and the walls host a football shirt, a Spanish fan and many photos. This cozy little place in Yongsan is the home of Manuel Manzano, head chef of the restaurant, and his wife, Ina. 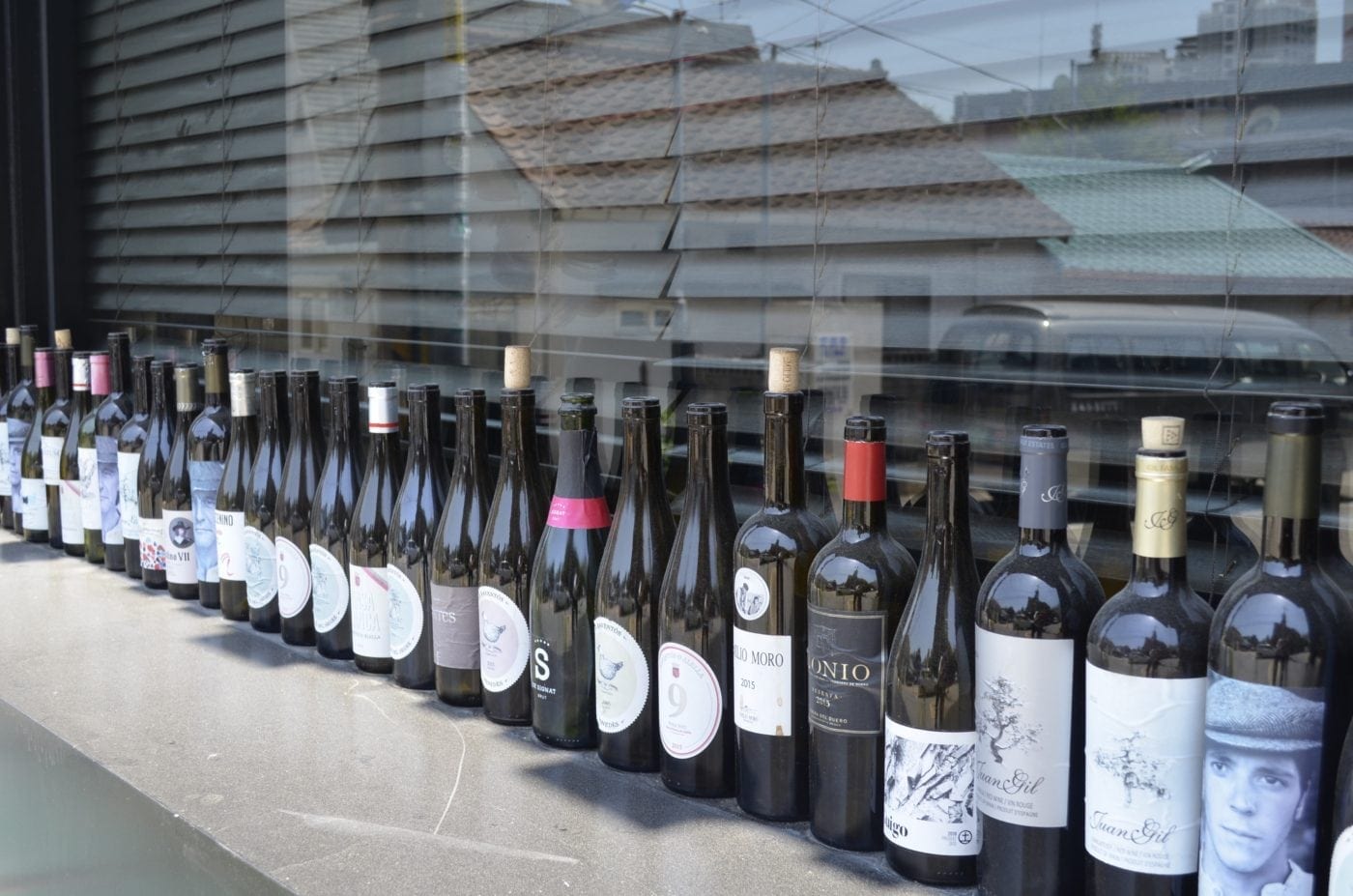 Cooking is almost part of Manuel’s blood. Growing up in Barcelona, he woke up every morning to the smell of butter and freshly baked bread coming from his granddad’s bakery.

Manuel tells us that a “miracle” happened during his childhood in Barcelona. Originally from the South of Spain, his father and mother came to Barcelona to try their luck. However, his family had found it hard to make a living in the city.

“My parents were discussing to move back to the South of the country, as they were unable to make a living in Barcelona. However, that same night, my dad went out onto the ocean and fished 100 kilograms of shrimp, allowing us to stay in Barcelona.”

Manuel started cooking when he was 16. He was trained in Spanish culinary school and moved all over the country to learn new cooking styles. When the financial crisis hit Spain in 2008, he believed it was time for him to go elsewhere. Luckily, he was selected to be part of a special program for a Korean chef agency. He moved to Seoul, all expenses paid, to work and study in Korean kitchens. The idea was to be in Korea for one year “and then go back to mama.” 10 years later, it’s safe to say that things didn’t go according to plan.

During the time that Manuel has been here, he has worked in a lot of different places, ranging from several restaurants, hotels, and catering services. “I was looking for my dream job, but I had difficulty deciding what I should do,” Manuel tells us.

Working every day of the week, he did not have the time to figure out what he wanted to do, until last year. He went to teach in a culinary school in Busan, where he finally had time to think and enjoy his craft. When he came back to Seoul, he decided he wanted to open his own restaurant.

“I had done catering before and I realized that I really missed having my own place. My wife and I stumbled upon this little space. We loved it immediately.” 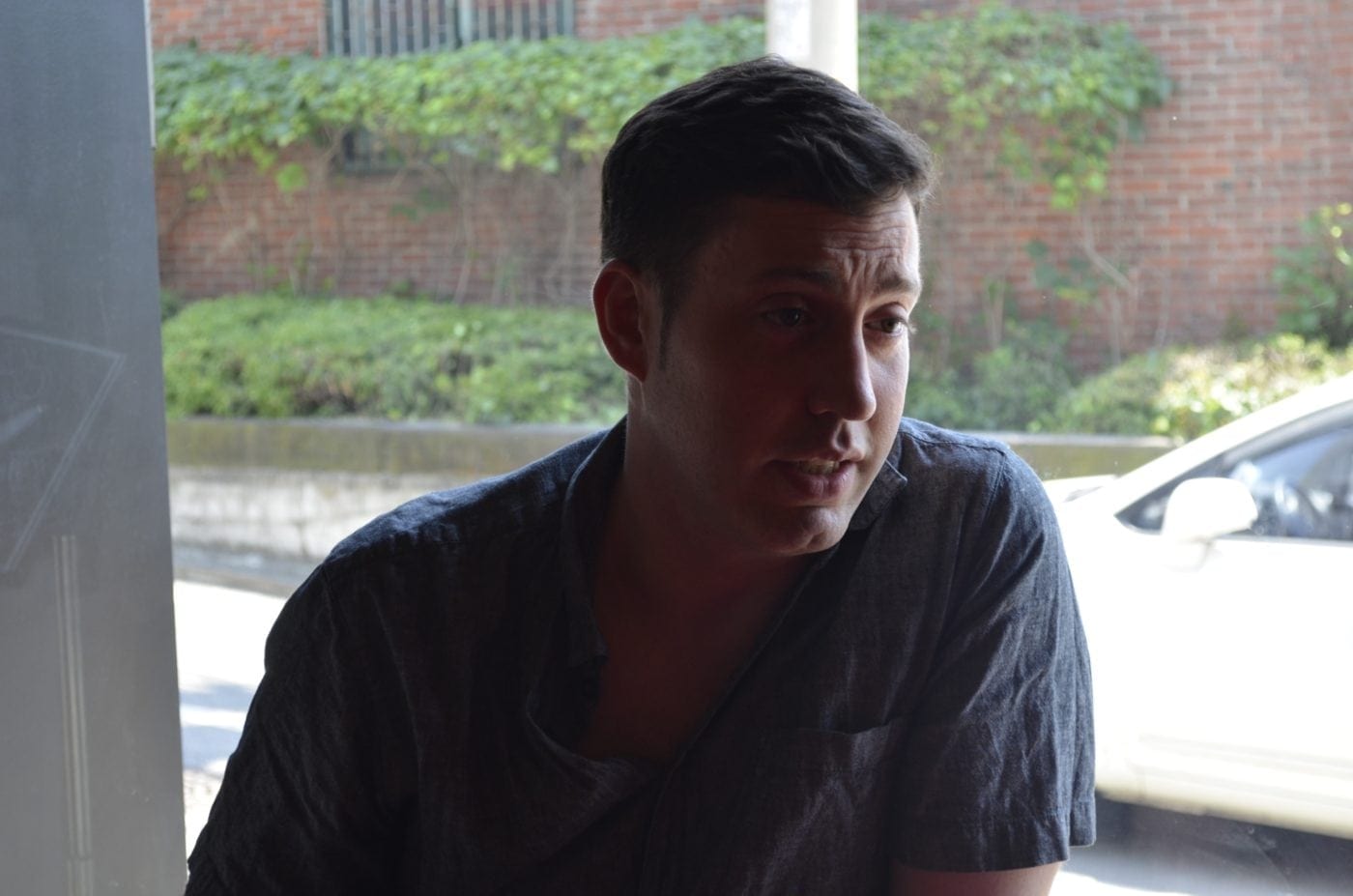 The place looks quite rustic, quite industrial. Manuel tells us he and his wife painted it themselves.

“I like the feeling of this place. It feels like an old-style Spanish house, which is one of the reasons I fell in love with it. We try to make customers feel like they are in Europe. Everyone who walks in says, ‘This is not Korea.’ And it’s true, it’s a little part of Spain.”

The restaurant’s layout promotes interactions between the chef and customer. With its open kitchen, Manuel aims to make the customers feel at home. Manuel wants to introduce Spanish traditions to Korea, not only through his cooking but also through his interactions. Openness, closeness to the customers, and fresh, home-cooked food are all part of his ideology.

Manuel uses as many fresh ingredients as possible. “It is the culture of my family,” he tells us. “As a little boy, when I had been bad or didn’t do my homework, my dad would make me work on the farm as punishment.”

Here in Korea, he goes to the market near his house almost every day to hand pick the ingredients for his dishes, which change every day. He sees the relationship between restaurants and markets as ‘symbiotic’; they help each other out.

But not all ingredients you need to make authentic Spanish food are available fresh in Korea. Imported Spanish octopus, which has to be frozen according to Korean import regulations, is a prime example. Manuel does not think that this is bad, and he believes his customers don’t mind as well. “As long as you are honest with them and explain why the product is frozen, they accept it!” 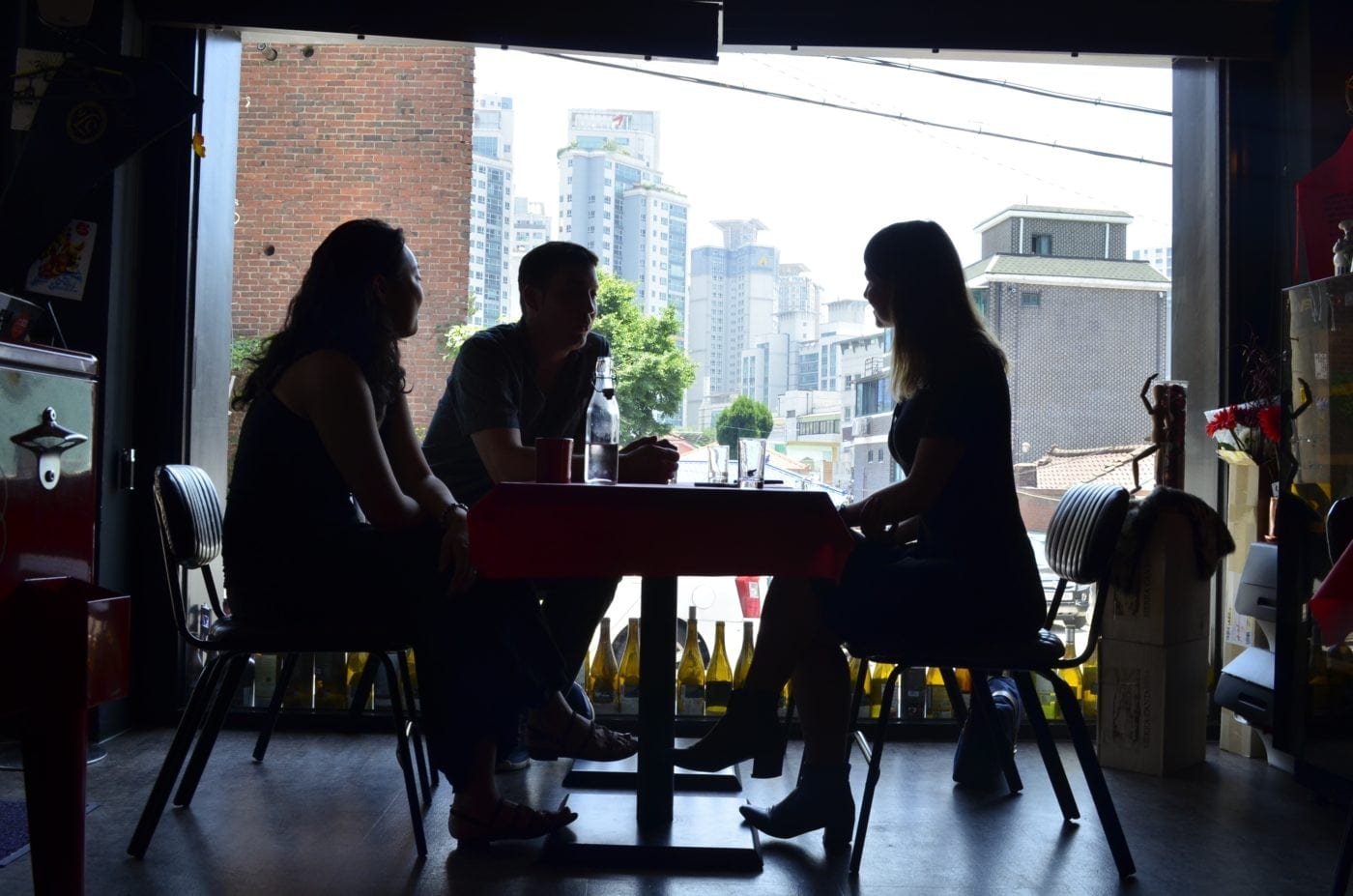 We couldn’t help but be curious of how Manuel, a Spaniard, and his wife Ina, a Korean, met, as they seem like quite the unlikely couple. Upon asking, they laugh and tell us, “It was very hard.”

As it turns out, they met at a friend’s birthday party, but neither of them spoke English very well at the time. “We texted using a dictionary,” Ina tells us laughing. She studied English studiously and even picked up some Spanish along the way. Manuel picked up a lot of Korean while he worked as well. Now, they have a son and run a restaurant together. A laudable feat for two people who didn’t even speak the same language when they met.

The atmosphere at home is very Korean, they tell us, as they live with Ina’s mother. Upon asking if Manuel feels Korean as well, we are greeted with a loud “NO!” from both parties and then laughter.

“I never eat lunch at 12, or dinner at 6. That is just not my culture. I cannot eat breakfast with rice and kimchi… Give me a croissant and some coffee!” Manuel declares.

Manuel tells us he does feel more part of Korean society nowadays, as he understands the language better and is able to engage more with the people. But, he still feels very Spanish on the inside. “Maybe the most important thing that Korea has changed about me, is that I shut up,” Manuel says to a burst of laughter from us.  “Spanish people keep on talking and talking, but since coming to Korea I can manage to shut my mouth sometimes as well.” 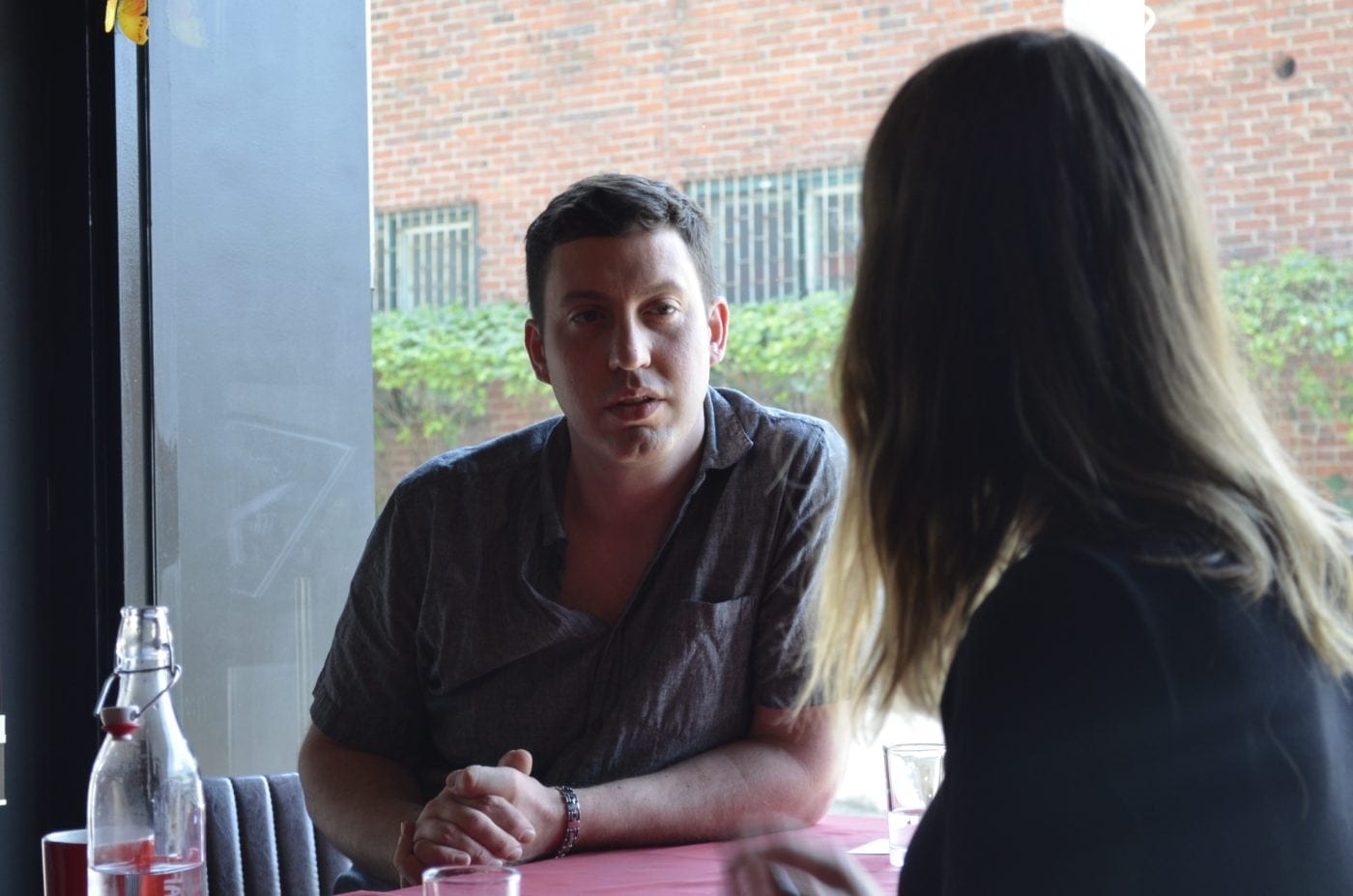 It seems to us that Spanish and Korean culture are quite different, but Manuel assures us that the opposite is true. “Spanish people are open and chill. I think that Koreans are nowadays realizing they can also be open and chill!”

He says he feels Korea has experienced quite a big change since he first arrived in 2008. “You can really see that in the dining culture,” he tells us. “Before, Korean people ate quickly, in silence. Dinnertime was ppalli ppalli (빨리빨리). Now, Koreans take their time to enjoy a meal, appreciate the products in front of them, and use it as social time, like the Spanish do!”

“You could even say that maybe Koreans are the Spaniards of Asia?” Manuel asks us jokingly.

We laugh in response and say that he can probably make a better comparison than we can.

One thing Manuel repeated over and over throughout our conversation was that being a chef is not easy. Last year, he spent the weekdays teaching in Busan, and the weekends working on his catering service in Seoul. Manuel and his wife are always busy, and especially with a young son, free time is rare for them.

“If you want to be a chef, don’t expect to be rich, or to have a lot of time off!” he tells us. For him, it is all about passion. “Sure, I could work in a hotel, peeling shrimps all day, and earn a lot of money, spend the weekends at home. But to me, that is not what cooking is about.”

“Cooking is about giving happiness to people. It is about my passion, my feelings, and transferring those through my hands onto the plate.”

This article marks the fourth and final chapter of “Expats of Korea” this June. Thank you to all our readers and all of the interviewees who participated. To read the whole series, click here.