From its bathroom humor to the seemingly random nature of some of its K-pop songs, there’s no denying that many aspects of Korean culture are, well, peculiar to Westerners. It turns out that Korean-themed game apps are a perfect reflection of many of these quirks, too. With this in mind, 10 Magazine has compiled a list of 10 delightfully eccentric game app themes that embody elements of the Korean experience, with plenty of examples you can download today for free.

1. A Plethora of Poop

In a country that decorates stationery with smiling poop and houses the world’s first toilet theme park, the existence of poop-themed games is relatively unsurprising. Most of these, such as Holy Poops (Ddong Pihaki) for iPhone and DungDung and Dung Dodger for Android, are strikingly simple. Through screen tilting, you merely have to shift enough to dodge the dung piles that fall on you from above. A metaphor for life? In any case, these games are amusing in concept but won’t occupy most for long. For a more extensive and creative game experience, download Poop Rearing Simulator Mobile for Android. Though it appears in an app search for the Korean word “ddong”, this app is actually Japanese. Still, it satisfies the regional obsession with bathroom humor, allowing you to “rear” poop by feeding it dairy, meat, or whatever you like and to take snapshots of your prize piles. Bonus: In true Far East fashion, you can even add chunks of corn for decoration.

2. Nukes and our Friends to the North

Next time North Korea fires some test missiles and you get a worried email from every relative back home, how about taking out some stress with some North Korean-themed games? The App Store offers a range of such offerings for i-products, most poking fun at notorious leader Kim Jong-eun. Stop Kim!, while frustratingly monotonous, is worth trying just once for the combination of menacing music, cute muttering, and guest appearance from Dennis Rodman, who tells the leader, “You’re so awesome.” In Kim Om Nom, another quick mini-game, your task is to drop food parcels into the hands of citizens without losing them or letting them make it to Kim. Lastly, Flappy Leader, a variant of the global hit Flappy Bird, lets you tap a flying Kim through a range of obstacles. All of these game apps, while monotonous and not likely to satisfy anyone for too long, are at least good for a quick look. For the sake of democracy!

Just when one of PSY’s songs phases out of the general consciousness, another appears. And with the popularity of these tunes comes an endless stream of game apps related to them. More of these exist than we could possibly mention, but a few examples are worth highlighting. In the “Gangnam Style” department, Gangnam Balls (iPhone) is an easy and amusing app in which you navigate a spherical version of PSY through a maze of holes, coins, and poop piles (of course). Gangnam Style Soundboard (iPhone) could be more of a time waster. In this app you are provided with all the necessary samples from the song to piece it together yourself if you like, or to shoot off a random “Hey Sexy Lady” or “Oppa” sample whenever it might most annoy your friends. And of course, PSY’s app influence doesn’t stop at “Gangnam Style”. A range of “Gentleman” games exist from Gentleman Run to Gentleman Crush, and enough “Hangover”-themed apps are circulating to give you an actual hangover, too.

4. The Dilemma of Korean Drama Girls

Most Korean-drama themed apps need some Korean language ability, but one, Korean Drama Girl Adventures (Apple and Android) is a cute run-style app that has no such barriers. The theme, as spelled out in the game’s description, is the very drama-esque plight of a Korean girl “evading lovestruck men all dead set on getting her out for a date.” In these adventures you choose your Korean-girl avatar (more coins unlock more choices) and use simple controls to jump over beaus in waiting. All the while, sweet, sappy music befitting a Korean drama accompanies you on your journey to avoid love.

Two things you might find hard to avoid in Korea are K-pop and quiz shows, so it’s no surprise that several game apps showcase a combination of the two. Perhaps the most extensive and entertaining of these is K-pop Stress Race (Android). Be warned, though – while the app has a range of quiz-style mini-games testing concepts from logic to memory to celebrity faces, many of the games require a more-than-moderate knowledge of K-pop music. If you are up on your Korean celebrities and singers, though, another app you might find amusing is Hidden K-pop Star (iPhone). In this quiz game you uncover squares from a hidden picture and fill in the letter blanks to reveal the name of well-known K-pop idols. Besides these, a search for Korean quiz-style games will uncover a staggering number of other song- and picture-related apps – enough for countless trivia-driven commutes.

6. The Full Gamut of G-Dragon

Many have singer-specific obsessions with K-pop, and if, as one of those, you fancy G-Dragon, you are more than in luck. Android hosts a full range of G-dragon/Big Bang game apps mimicking all of the most popular game styles: G-Dragon Run, Flappy G-Dragon, G-Dragon Jump, and G-Dragon Climb. In all of these the over-enlarged androgynous head of your beloved G-Dragon sits atop cartoon bodies for jumping, flying, and smashing into obstacles. The app’s designers also offer the same span of games for the likes of Super Junior and Shinhee, among others. 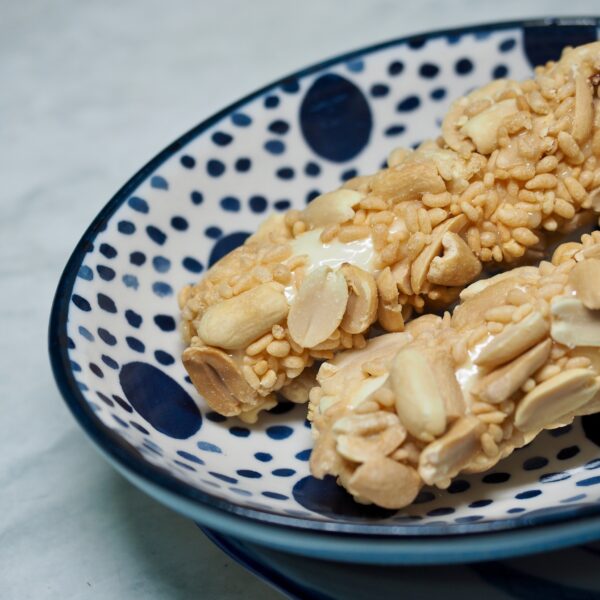 Whether you’re longing for the Korean weekend or seeking to test your drunk dexterity, a few soju-themed game apps are out there to satisfy your needs. On Android, the game Bottle Breaker offers carnival-style displays of soju bottles to be smashed with baseballs – simple yet satisfying. Meanwhile, for Apple, the Soju Invaders Hangover game is more of a throwback to the Atari age. Rows of Korean soju, beer, and spirits descend from above, shooting in a Space Invaders-style fashion. While the game is incredibly glitchy and doesn’t seem to work on many setups, the concept is nonetheless a good one.

While browsing through the dozens of kimchi recipe apps available, you might notice that there is a kimchi-themed game or two in the mix. The most notable of these, though still rather basic, is Kimchi Warrior for Android. While the interface uses Korean language, the Street Fighter-esque battle layout is pretty self-explanatory. There isn’t much to do in this game except unlock simple punches and kicks and new bosses, but it’s worth getting at least far enough to see a Cow Warrior shoot piles of poo at you through a toilet gun. Let the fermented punches fly!

Korean language game apps are increasing by orders of magnitude each year, but some definitely outshine others in terms of fun. Another throwback to video-game days of yore, the app Master Korea Game Hangul Punch is probably worth downloading for the over-enthusiastic name alone. Besides this, the game will evoke memories of Mike Tyson’s Punch-out for some, with punches launched through the correct choice of Hangul syllables or words. There are two modes of game play, reading bouts and spelling bouts, and categories within them ranging from “Items” to “Fish and Meat”. Most have some quirky mistakes here and there since the English words are translated via Japanese, but overall, it’s a surprisingly useful and amusing game to practice Hangul reading and simple words.

10. Fake it till you Make it, Mart-style

Would you remember the name of your favorite Korean shrimp chips, alcohol, or ice cream bar if it weren’t on the label? The last category of game apps tests this idea. Mart Quiz for iPhone (only searchable in Korean language) and several similar apps show you the packaging of products that are familiar to most anyone living in Korea, with categories ranging from candy to alcohol to household products. Your task is to remember and label the brand names – in Hangul, no less! No matter how many Korean snacks you’ve consumed, it may be more daunting than you think. And there you have it – a glimpse at some off-beat game apps to reflect your Korean lifestyle. All of the mentioned apps are FREE, and while not all of them will warrant a permanent spot on your screen, some of them are sure to ease the monotony of your morning commute, and, ideally, give you a good laugh.