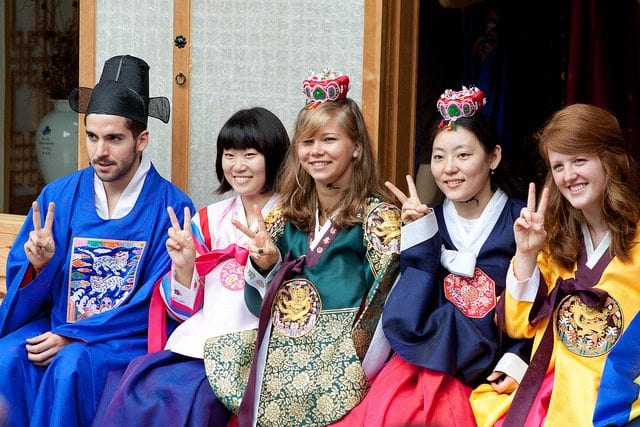 English speakers are accustomed to getting a good laugh at the expense of foreign names and Korea lends itself to some real doozies: Perhaps you’ve heard of Korean Olympian Kim Yoo-suk, which certainly makes for some odd cheering when he competes.

But what about when the shoe is on the other foot? This came up when a friend of mine visited from England and I told her that going by her first name in Korea might not be a great idea (see #3 below). There’s plenty of English and foreign names that might inspire you to go by your middle name or adopt an alias while visiting the Land of the Morning Calm. Here are 10 Foreign names you don’t want in Korea:

The name sounds close to 밥, or cooked rice, with the word also interchangeable for “meal” – that’s how much Koreans eat rice.

Transliteration of 짐, a term for load or baggage.

Close in pronunciation (albeit unaspirated) to 쌀, or uncooked rice.

This Kenyan name will make you seem so average, since 기본 means normal.

Could be misconstrued for “NG”, which is the Konglish expression for “no good”, often used in the entertainment industry for blown takes, bloopers, etc. Ouch.

Google the old wives tale of how the short-lived US TV program “Joanie Loves Chachi” was a huge hit for Koreans watching AFN, supposedly since the latter name is a [poor] approximation of one Korean term for penis.

It’s a perfect rendering of a local word for vagina.

This is the first name of a well-known Bulgarian violinist, with 보지 a more vulgar term for vagina. I’d like to see how her publicity was handled if she were to tour the ROK.

And the top foreign name you might not want to go by in Korea is: