The #1 Expat Basketball League In Seoul 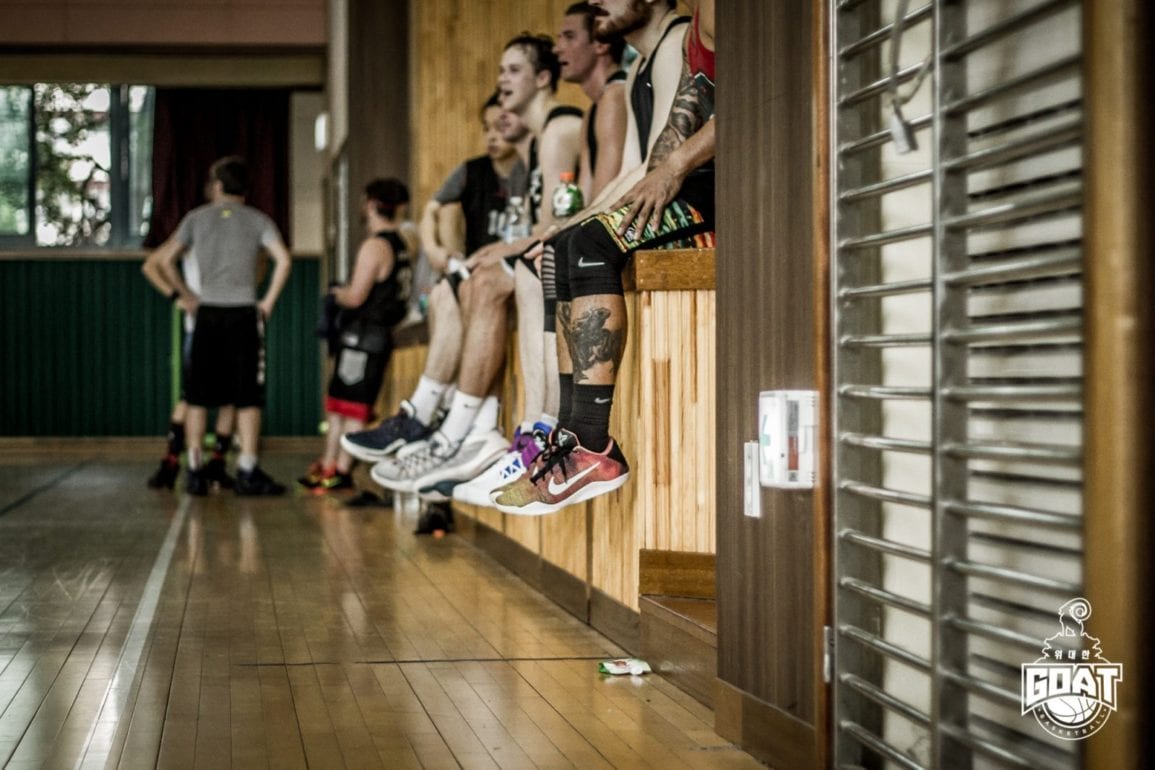 Based on the simple idea of combining basketball with brotherly love and friendly competition, GOAT grew from just a few fun-loving foreigners to having over 2,000 members in its Facebook group as of October 2016 for one of the most exciting basketball leagues in Seoul.

Hindson Her, hailing from Milwaukee, Wisconsin, dreamed up the GOAT Basketball group in 2010, and thereafter jumped headfirst into building it into South Korea’s premiere expat basketball club.

This growth could be attributed to many things, but suffice it to say they one things expats seek during their stay in Korea is a place to pursue their hobbies, and there are few places that one can go on a few days notice to play a game of indoor pick-up basketball. GOAT has filled in that gap for many participants, organizing multiple sessions of 5-on-5 basketball per week*, as well as a full-on league at least twice a year**.

The league is one aspect that makes GOAT truly unique in Seoul. Many Koreans join up with friends and fellow athletes to form club teams all around town, playing one another on a regular basis.

But GOAT, being comprised of more than just a few friends looking to stay active, has built up the popularity and resources to have 8-team leagues rivaling any adult league back in the USA. Many teams have college-level talent or above, including a KBL name or two.

To keep things even and fair, GOAT has scouting days before the start of a league, where players compete in 5-on-5 and are observed by pre-selected team captains, after which a draft is conducted. ESPN Fantasy Basketball, eat your heart out. 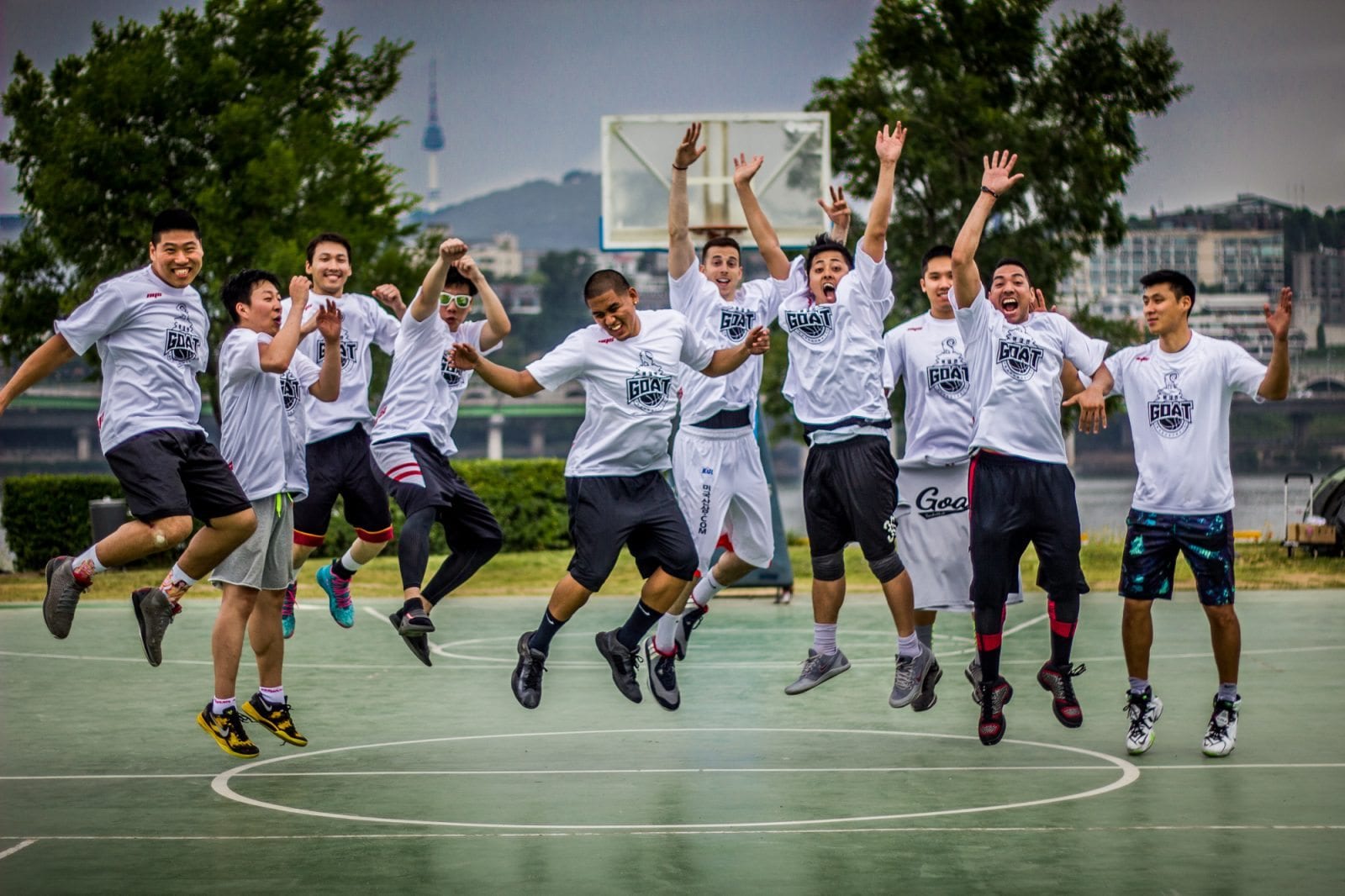 But lest you take GOAT for an ultra-competitive, rivalry-ridden madhouse, the first thing Hindson pointed out when I joked about such a scenario was GOAT’s penchant for friendships that extend beyond the hardwood.

“After the last championship game, the winners and losers both went out together to get dinner and drinks,” Her noted.

And who can argue with that? GOAT also happens to be sponsored by some of the hottest restaurants in Seoul, including Cali Kitchen in Kyungridan, Sam Ryan’s Sports Bar & Grill in Itaewon, and Paulie’s Brick Oven Pizzeria in Gwanghwamun, Jamsil, and the Express Bus Terminal. I won’t say the GOAT member discounts at these eateries are the main reason to join, but it sure doesn’t hurt. ㅋㅋㅋ

There will be shortage of players for the upcoming Fall league, and spots fill up fast, both for the leagues as well as the weekly 5-on-5 runs. Whether a testament to expats’ love for the game or to their need to exercise after eating way too much Western food, GOAT Basketball’s popularity is on a fast break—and everybody loves a good slam dunk. 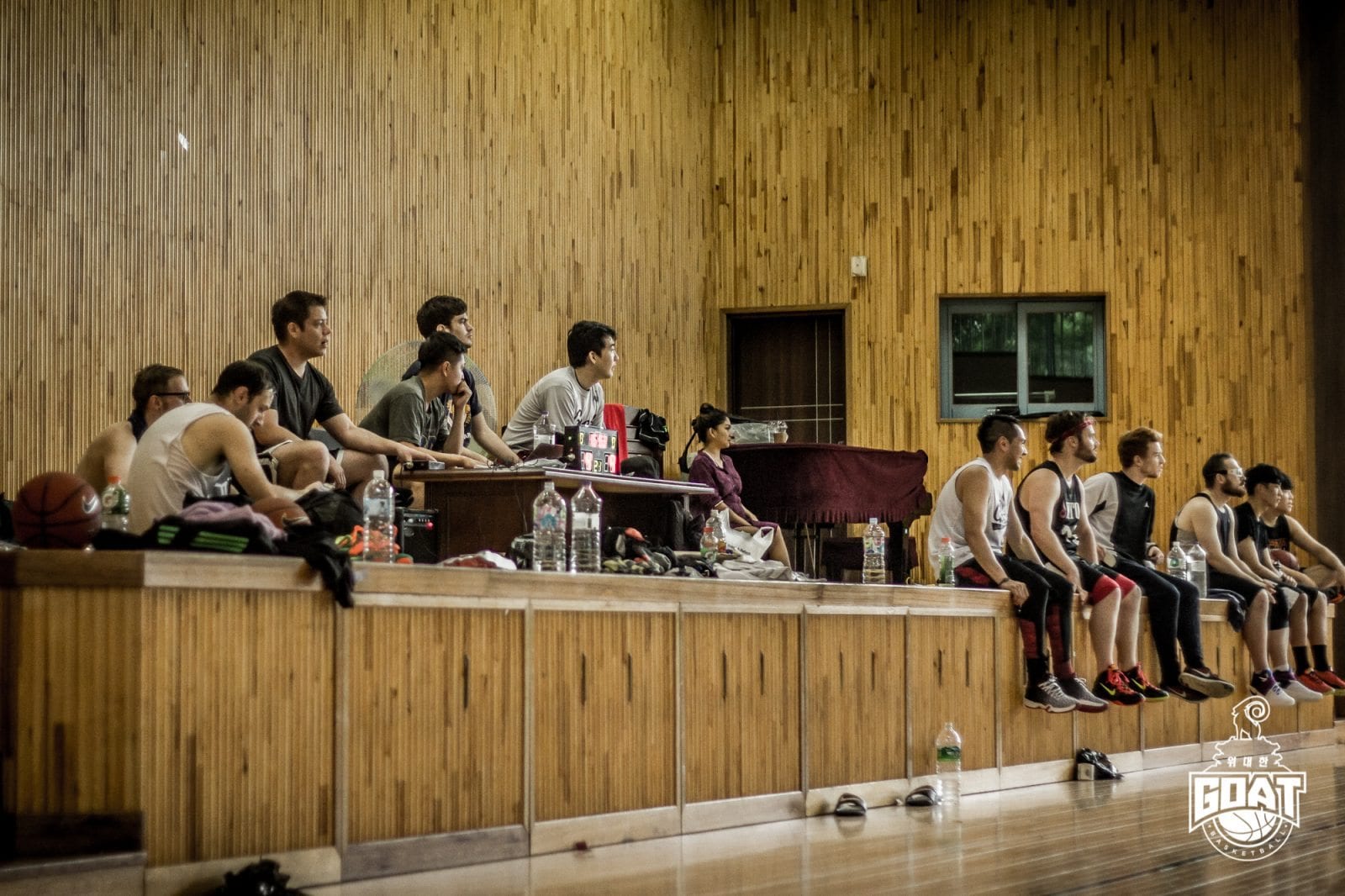 Scouting days for the Fall league start on October 22, and the league will run on Sunday afternoons from 1:00 – 7:00 PM near Sillim station. Join the Facebook group to stay on top of signups for the upcoming runs and leagues. Just a fan? Check out their Facebook and Instagram to catch the latest videos and news.

* GOAT does charge a small fee when the session is indoors, as the gym must be rented
** There is also a fee for the league, as gyms, jerseys, and referees are provided. 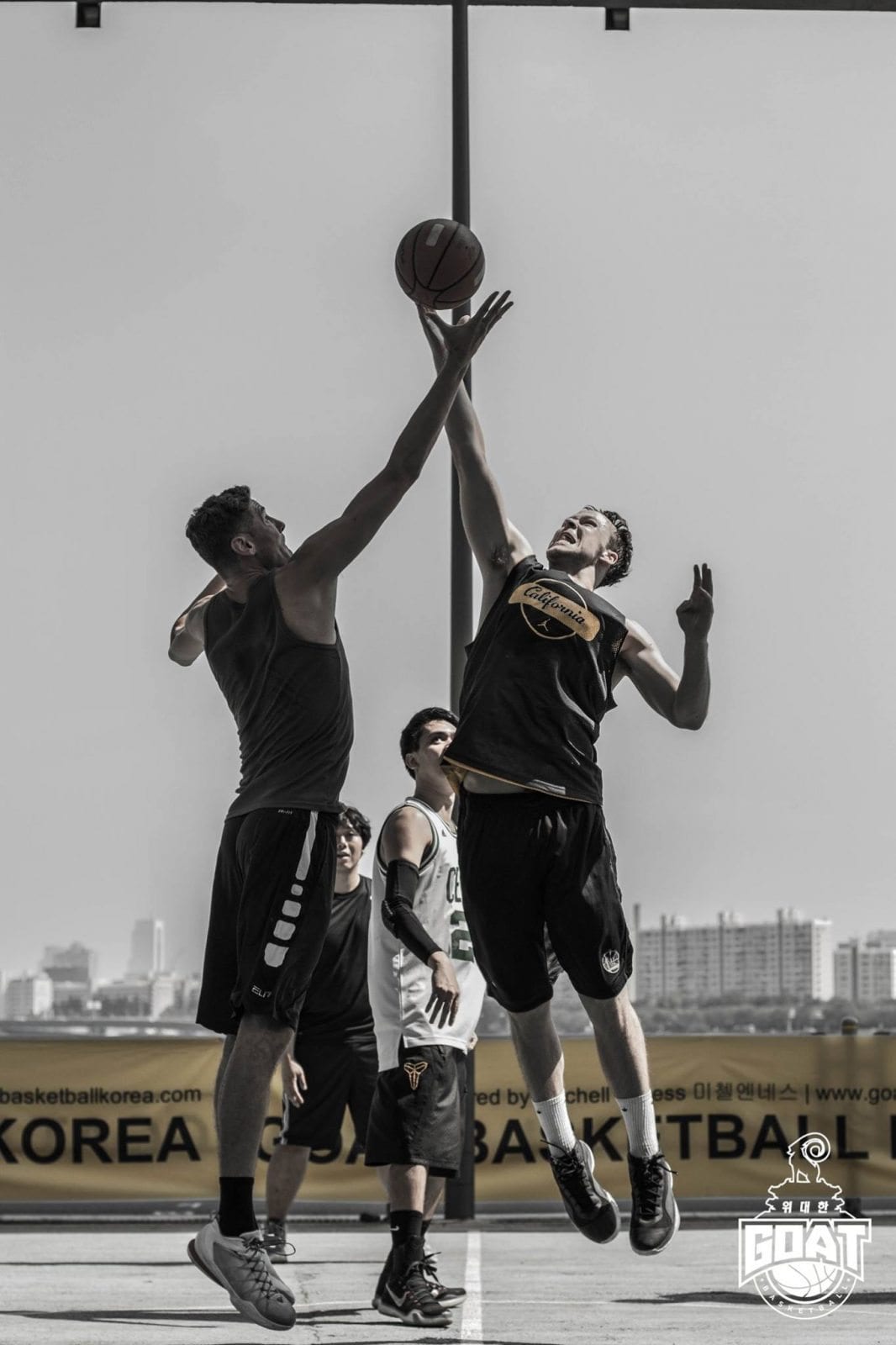