IKEA opening its first store in Korea on December 18th, 2014 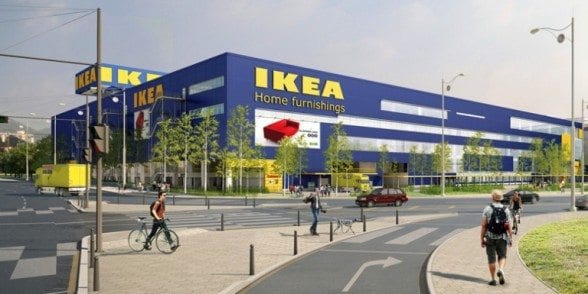 On December 18th, 2014, IKEA will open their first Korean store in Gwangmyeong just south of Seoul. There has been much anticipation surrounding the opening of Korea’s first IKEA store. The multinational, ready-to-assemble furniture and appliance store has been working to enter the Korean market for well over a year and is finally ready to open its doors.

The road to Korea was not entirely smooth for the company as the launch of the Korean IKEA website showed a disappointingly high price inflation compared to other global locations.

For example, the Hemnes coffee table is $119 USD, but the Korean website lists the price as ₩199,000 KRW which is more than a 52% increase in price (using exchange rates at the time of this writing). There was further controversy when it was shown that a world map sold by the company used the label “Sea of Japan” which was met with disapproval until it was finally removed from the Korean IKEA catalog– an action that was accompanied by an official apology in a statement released by the company.

Yet there is still much anticipation surrounding the opening of this store despite Korea’s history of being a difficult market to enter for large outside companies. Wal-Mart failed to make a successful entry into the country, eventually selling off its locations and pulling out in 2006. In a market that is filled with small, family owned businesses, there is bound to be some vocal pushback from those who might be forced out by IKEA, but others are speculating that it may bring about change in an industry that has been lacking in growth for too long.