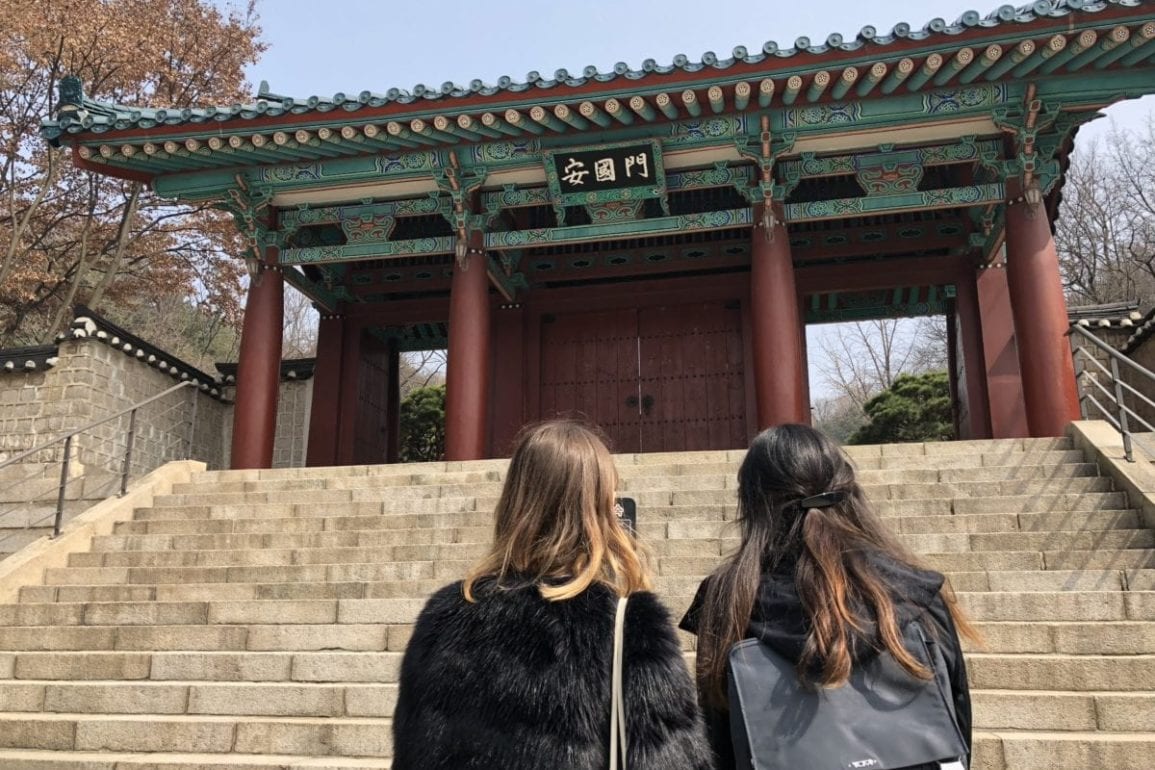 This week our interviewee is Sydney Thompson, a current student at Seoul National University’s Graduate School of International Studies. Born in America, Sydney’s Korean roots brought her back to Seoul a year ago, where she now connects Buddhist culture with female empowerment through her work with Sakyadhita Korea, an international Buddhist organization.

When we arrived, Sydney Thompson was waiting for us on a bench in Nakseongdae Park. We weren’t too sure whether we would want to meet outside that day, as the fine dust levels were awful, but Sydney insisted. Nakseongdae Park is one of her favourite places in the city and it’s not difficult to understand why: it’s a quiet, yet lively refuge in Seoul. Located on the slope of Gwanak mountain, the park is filled with parents playing with their children and locals walking their dogs.

Sydney is half American, half Korean. She was born in California and has spent most of her life there, though she visited Korea often growing up to see her family and learn more about her mother’s culture.

She did her undergraduate studies at the University of California, Davis, but went on exchange to Yonsei University in her third year, where she met her boyfriend, a 23-year old student at Kookmin University at the time.

”But he’s not the only reason I came back here,” Sydney assured us. Her main reasons for coming back were to immerse herself more into Korean culture, better learn the language, and get a better feel for Buddhism, her mom’s religion. 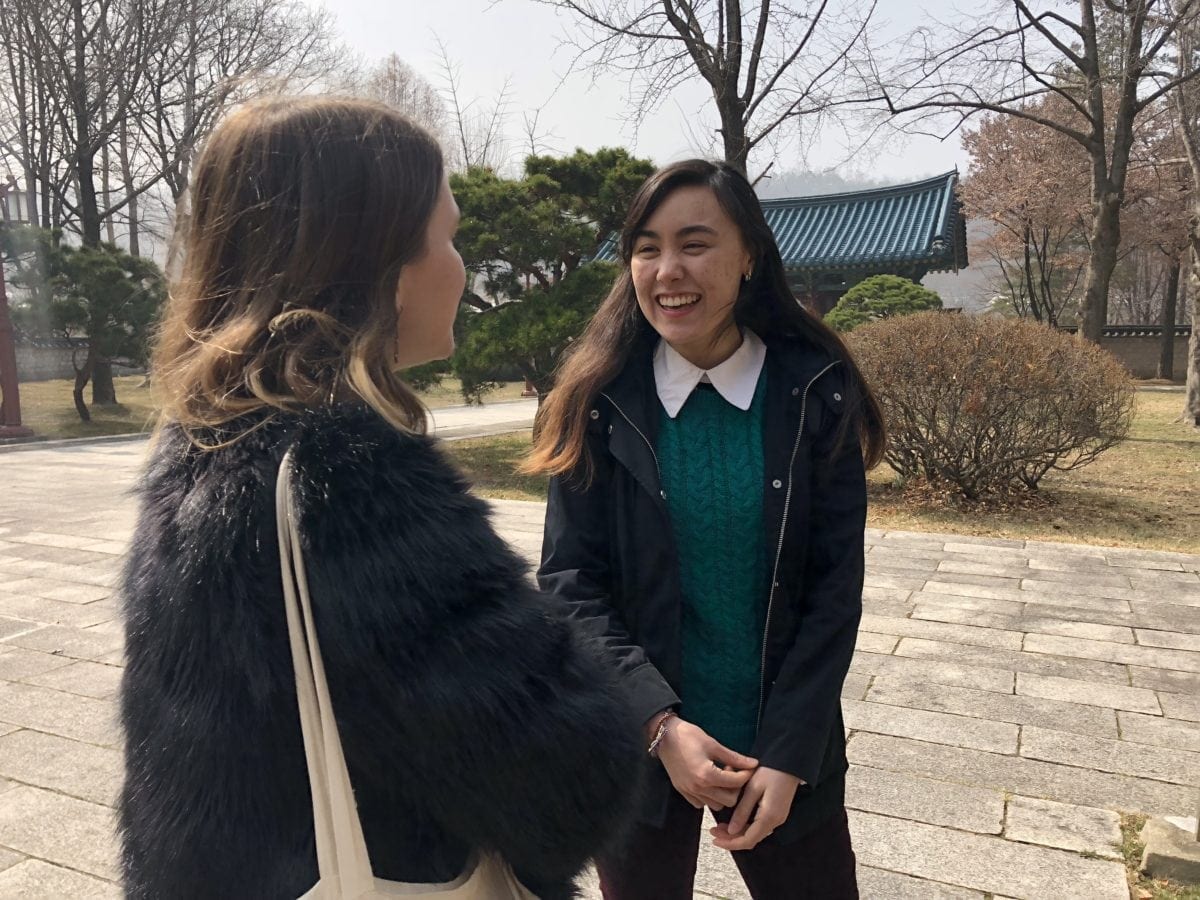 Back in California, Sydney grew up with Korean traditions at home. When she was younger, she owned a hanbok, “pink, of course,” and celebrated all the major Korean holiday celebrations, such as Chuseok and Seollal, with her mother.

“My mom raised me speaking English, so I could communicate with my dad but also so I could properly function in American society. My mom is a Korean language professor, but she didn’t actively teach me the language at home. She has a lot of Korean friends, though, so I picked up my Korean listening to their conversations.”

Having grown up in the US, but with Korean and Buddhist influences, Sydney often finds it hard to characterize herself. “I see myself as more American after coming to Korea. The way I was raised, and the way I think, is definitely American. I am very independent and individualistic.”

“Having said that, I am greatly influenced by Korean and Buddhist culture. I am very respectful of my elders and Korean food is just one of the best things in life.”

When she was younger, Sydney would often visit her family in Busan during the summers. As a graduate student, it’s harder for her to find the time to visit Busan now, but she tries to go during holidays to spend time with her grandmother.

“Seoul and Busan are quite different. I used to think Seoul was too busy, but I love it these days,” Sydney tells us smiling. “I have a lot more freedom here, and the area around campus is great. But, Busan does have better weather and air quality, and the food is absolutely amazing, so I still love going back there.” 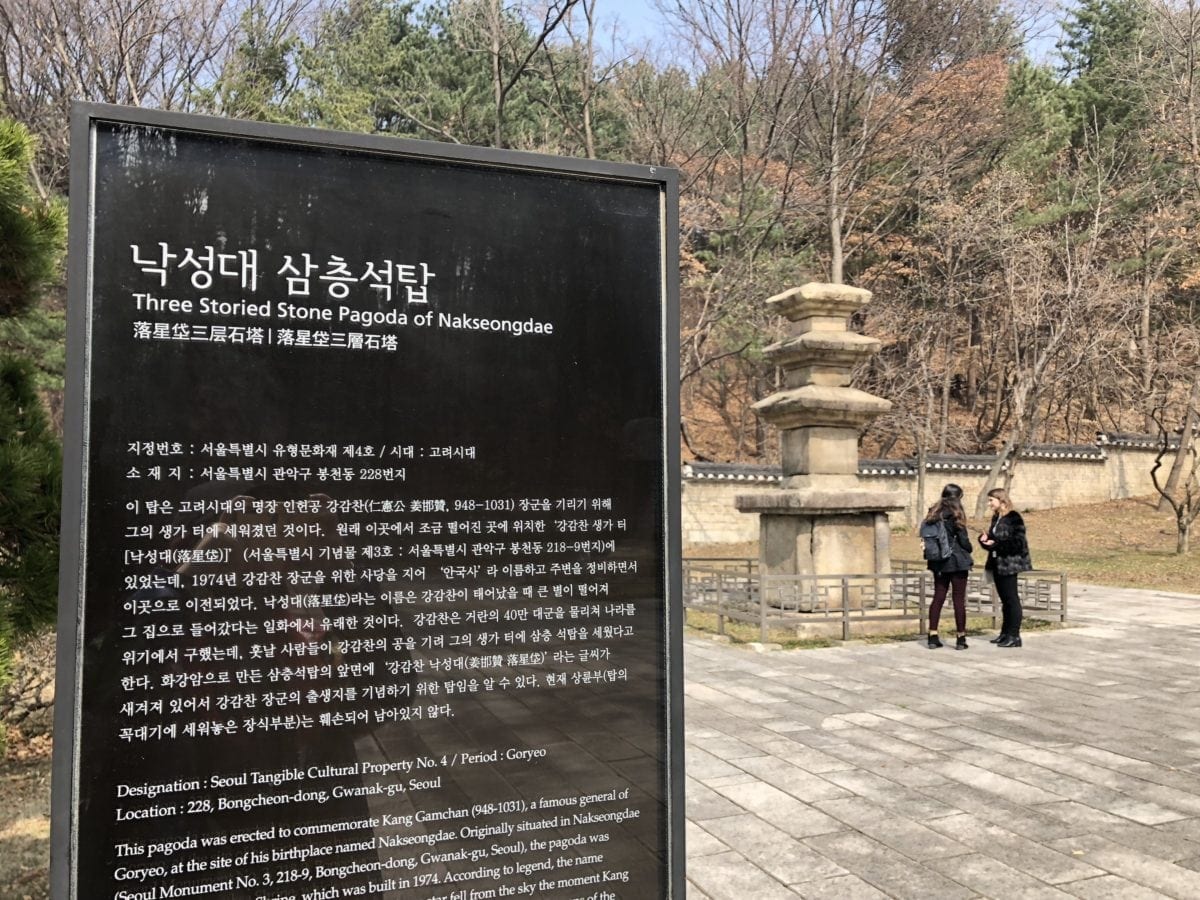 Sydney’s mother is a Buddhist, so when she was younger she would regularly join her mother at the local temple. They would go for both the big festivities as well as smaller gatherings. When we asked her if she would consider herself Buddhist as well, Sydney told us: “Yeah, I think I would say that I am a Buddhist. I don’t go to temples every Sunday, but I like it as a philosophy.”

Just as we are about to ask what she likes about Buddhism, Sydney points and says laughing, “Hahaha look at that boy over there! That is so cool!” A very young boy, around two years old, drives by in an automated car, controlled by his father. We laugh and chit chat about the children in the park for a while, before remembering what we were talking about.

“Oh, yeah, so you asked me what I like about Buddhism, right?” Sydney says recollecting our conversation. “Well, mostly, it appeals to me because it is very open-minded and because there isn’t a lot of judgment. The philosophy is really focused on your own growth as a human being. It’s about finding your way in this life through internal development.”

So what about Buddhist practices then?

“I used to meditate a lot! I don’t know what happened, but I kind of lost my flow recently. I still practice mindfulness every day, though, focusing on little tasks. When I am walking to school, for example, I try to really focus on where I am and how I move.” 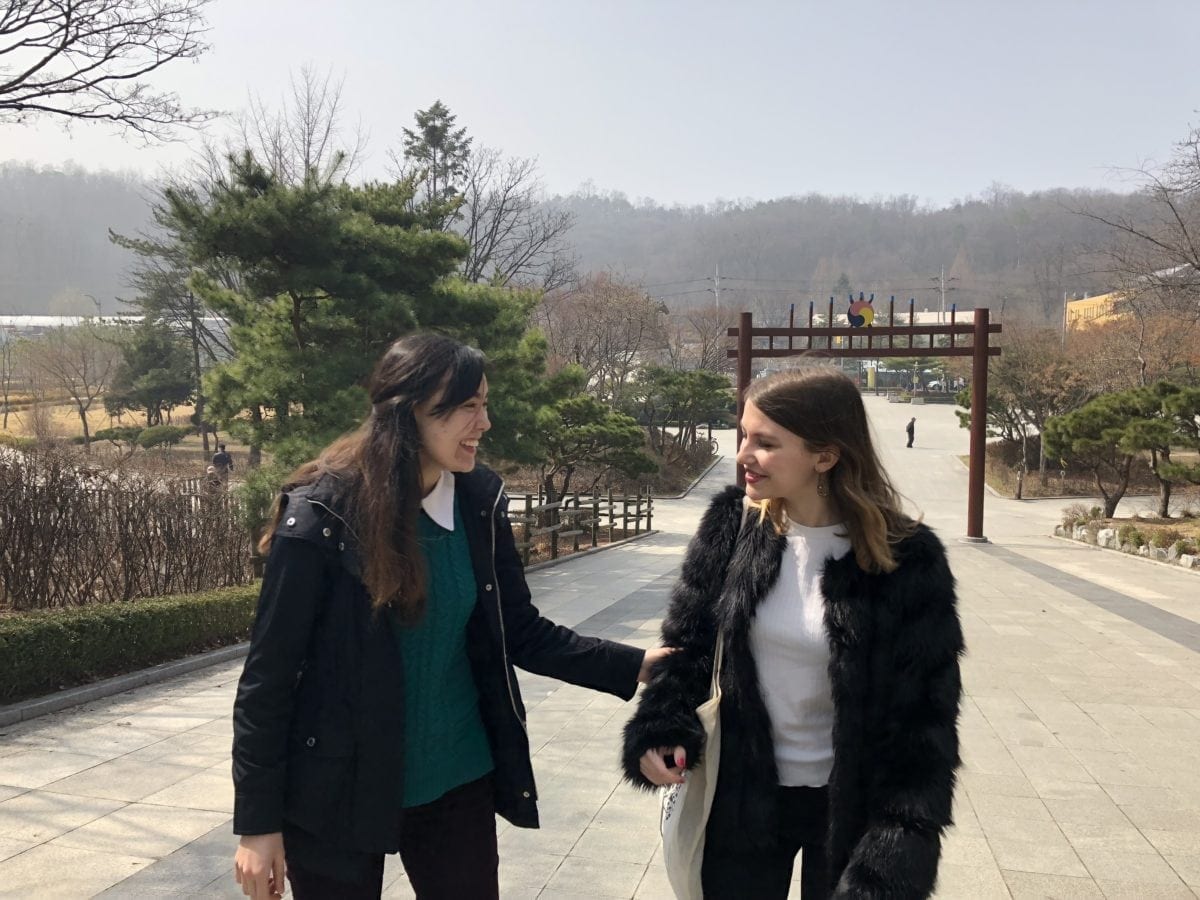 But recently, Buddhism has been facing its challenges in South Korea. Nowadays, most of the daily practitioners are older people and the belief struggles to appeal to the young generation. In Sydney’s eyes, programs such as Templestay are a good means to involve young people in Buddhism.

We talked about how in some Western countries, Buddhist practices have become very popular, not just within the community but seemingly in the mainstream.

Sydney tells us she doesn’t mind people practicing Buddhism, without really knowing the teachings behind the practices.

“Where something originates from is not as important as what it generates,” she tells us. “I’m not very religious either, but through Buddhist practices, I feel connected to its teachings. Buddhism teaches kindness and compassion and as long as you are practicing that, it doesn’t matter how much you know of the origins.”

Currently, Sydney is involved with Sakyadhita Korea, an international Buddhist organisation focused on empowering women within Buddhism. Next year, Sydney will accompany members of the organization’s Korean branch to Sydney, Australia where she will work as a Korean interpreter.

“Sydney in Sydney,” we point out laughing. We suspect she hears that joke quite often.

Buddhism, despite being focused on self-development, can still be quite patriarchal, Sydney tells us.

“Most temples are run by monks. Also, nuns do not usually receive the financial support their male counterparts get. They often have to give up being a full-time nun because they find it difficult to financially support their way of life.”

Sakyadhita Korea is an organization that attempts to address this problem by empowering women in the community. Through various conferences and workshops, they try to promote better integration of women into Buddhist practices and ideology. 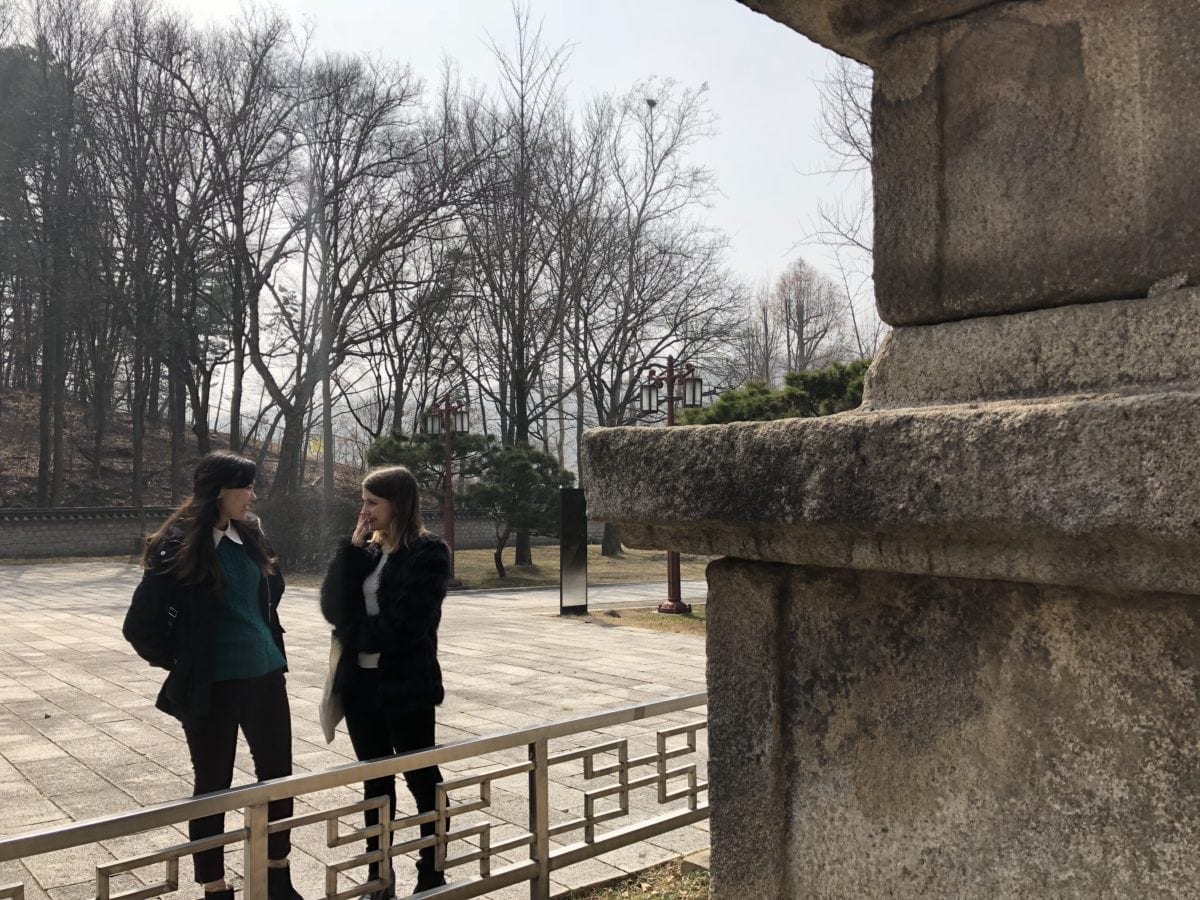 When we met Sydney, the #MeToo movement had just broken out in Korea. It started with the accusation of a ministry official, after which notable figures such as governor Ahn Hee-jung and director Kim Ki-duk were also accused of sexual violence. Despite tremendous progress, modern-day Korea still struggles with gender prisons in both the workplace and the social realm. Korean women earn a notorious 63% of men’s salaries, one of the highest pay gaps among OECD nations, and recently a massive demonstration at Hyehwa Station against the negligence of Korean authorities in persecuting illegal spy cam violence against women brought to light the level of sexual violence in the country even further.

“I think movements such as #MeToo and organisations such as Sakyadhita can really benefit women in Korea,” Sydney comments as we discuss the recent events. “They provide a platform, a network, where women can safely speak about gender constraints. The country is taking steps, strides almost, towards a more equal society and I feel grateful that I am able to see that from such close proximity.”

We decide at this point to take a walk around the grounds of the park, which also has a small temple at one corner.

As we wrap up the interview, Sydney asks jokingly, “Can I promote Sakyadhita’s Facebook here as well?”

For more information on Sakyadhita Korea, in English and Korean, check out their Facebook:
https://www.facebook.com/sakyadhita.kr/

The next interview, to be published on June 17, will be about an English teacher turned foreign correspondent based in Seoul. Stay tuned every Sunday this month for “Expats of Korea.”